Bishop Barron: "Amoris Laetitia is not groundbreaking in any doctrinal or dogmatic way"

April 09, 2016
There's a lot of noise about Amoris Laetitia. I found this commentary from Bishop Robert Barron very helpful: 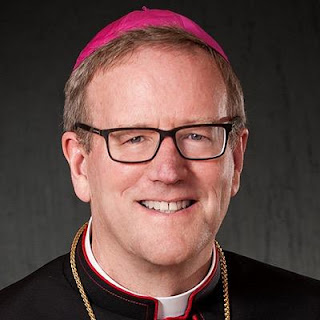 From NPR and Twitter to Catholic websites and blogs, the whole world is buzzing about Pope Francis' new exhortation, Amoris Laetitia (The Joy of Love). Bishop Barron published his initial reflections in an article here at Word on Fire, but we later posed some follow-up questions about the exhortation.

What surprised you most during your first reading of Amoris Laetitia?

Bishop Barron: I was most surprised by the number of citations of Thomas Aquinas.

Several commenters have called this document "groundbreaking." Did it break new ground, and if so, how?

Bishop Barron: I would not say that it is groundbreaking in any doctrinal or dogmatic way. The most controversial section of chapter eight is a rehearsal of the very traditional distinction between the objective nature of a moral act and the level of one’s personal culpability in performing such an act. Perhaps the focus on positive elements within disordered relationships is something of a novum, but that is a question more of pastoral strategy than of doctrinal substance.

Upon the text's release, Huffington Post ran the headline "Pope Relaxes Church Rules on Divorce" and NPR said "Pope Calls For More Grace, Less Dogma On Issues of Divorce, Contraception." Is this really what the Pope does in the exhortation?

Bishop Barron: The Pope by no means is “relaxing Church rules on divorce.” In fact, he emphatically reaffirms the centrality and indissolubility of marriage, and he actually says nothing directly about Communion for the divorced and remarried. He is calling for greater pastoral sensitivity and for an honest assessment of the subjective culpability of those involved in objectively irregular relationships. And he is certainly not calling for “less dogma” in these areas, since he unambiguously reaffirms the dogmas and doctrines concerning marriage.

As a bishop reading this document, how do you interpret the controversial Chapter 8. Does it allow divorce and civilly remarried couples to receive communion? Is the decision left to individual bishops or pastors?

Bishop Barron: Those who are in the state of mortal sin and have not received absolution, or have failed to exhibit either remorse or purpose of amendment, should not present themselves for Holy Communion. That has been, and remains, the teaching of the Church. But the Pope is insisting that one cannot move, without further ado, from the fact of objective disorder to the declaration of mortal sin. The determination of that state of affairs can take place only through a careful discernment with one’s confessor or spiritual director, with special emphasis placed on circumstances that might mitigate one’s personal responsibility.

As predicted, the chapter on "irregular unions" has received the most attention in the media. But what are some highlights of the other chapters?

Bishop Barron: There are lots of other highlights. I would specially mention the section wherein Pope Francis exegetes, in a manner both academically insightful and pastorally helpful, Paul’s hymn to love in 1 Corinthians. I might also draw attention to the biblically “thick” opening chapter, which proves that the Pope’s reflections are not drawn exclusively from abstract philosophical considerations.

You recently served for several years as Rector at Mundelein Seminary. How would you use Amoris Laetitia in the formation of future priests? How should seminarians read it?

Bishop Barron: I would urge seminarians to study with special attention the sections of Amoris Laetitia dealing with the pastoral care of young couples preparing for marriage. I would also encourage them to internalize the distinction alluded to above, namely, the difference between the objectively disordered and the subjectively culpable.
Amoris Laetitia Pope Francis