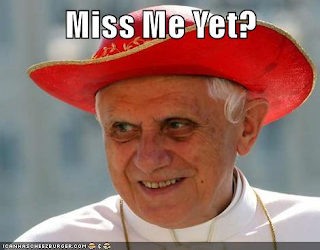 Today Veri Catholici, the International Association of Catholics for the Defense of the Faith against the Errors of Cardinal Kasper, (!!! What times we live in where we have such organisations in the Church!) published in the Times of Malta Newspaper, on p. 29, an Open Letter to the Bishops of Malta and Gozo regarding their recent pastoral document, in which they have openly approved of communion for those living in public sin.

This is a picture of the advert: 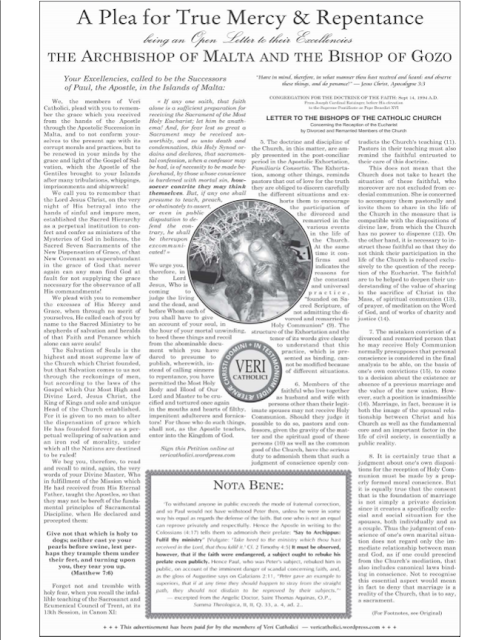 A readable copy can be viewed here

As I have posted here numerous times before, I love Malta and am a regular visitor. Indeed, my family have been graced by a great miracle after praying at the Shrine of Ta Pinu. My friends in Malta are absolutely devastated by what the bishops have done. Actions which the bishops are spinning as merely following the Argentine letter and doing the will of Pope Francis.

The faithful people of Malta feel betrayed by their shepherds, who have thrown them to the wolves and abandoned Christ. Everyone knows that the Maltese directive goes far beyond the Argentine letter. Clearly the lay people of Malta understand the faith better than the bishops and are refusing to bow down before an ultramontanist mis-interpretation of what Magisterium means!

Also today in Malta Today Evarist Bartolo, a government minister accused of corruption (see here, here, and about the author of those blogs here) and an avowed atheist to boot, has written an article sticking up for the two bishops. This is a minister of a government which has introduced gay 'marriage' by stealth as well as the Morning After Pill and next on their agenda is abortion and euthanasia.

This endorsement on its own should be enough to show the bishops that they are in serious error! 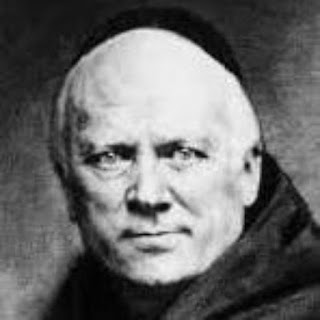 "When the shepherd becomes a wolf, the first duty of the flock is to defend itself. The true children of Holy Church, at such times, are those who walk by the light of their Baptism, not the cowardly souls who, under the specious pretext of submission to the powers that be, delay their opposition to the enemy in the hope of receiving instructions which are neither necessary nor desirable." --Dom Prosper Guéranger
Archbishop Charles Scicluna Bishop Grech Malta Maltese Directive Veri Catholici