Cardinal O'Brien~ Just When it Seemed it Could Get No Worse... 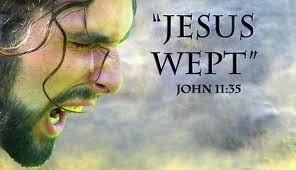 Let them, as fathers in Christ, take care of the faithful whom they have begotten by baptism and their teaching.(186) Becoming from the heart a pattern to the flock,(187) let them so lead and serve their local community that it may worthily be called by that name, by which the one and entire people of God is signed, namely, the Church of God.(188) Let them remember that by their daily life and interests they are showing the face of a truly sacerdotal and pastoral ministry to the faithful and the infidel, to Catholics and non-Catholics, and that to all they bear witness to the truth and life, and as good shepherds go after those also,(189) who though baptized in the Catholic Church have fallen away from the use of the sacraments, or even from the faith. ~Lumen Gentium 28.

OK I defended Cardinal O'Brien, I pleaded that we didn't know the circumstances, I thought we should have held off until we knew what was going on. But if this report in the Herald Scotland is at all accurate I am now, officially devastated. The article claims that O'Brien had a long-standing physical relationship with one of the men whose complaints about his behaviour sparked his downfall as leader of the Catholic Church in Scotland.

This does make it very difficult to see his vociferous upholding of the Church's teaching against gay marriage difficult to understand. I have maintained that, as Cardinal, his position was to pass on what the Church teaches irrespective of his own, mayhap sinful, living out of that teaching. But this does seem a flagrant and wilful abandonment of doctrine which can only leave many Catholic homosexuals feeling hurt and disillusioned, and non Catholics astounded at what can only be described as rank hypocrisy: don't do as I do, do as I say.

Interestingly, I have just been reading Joseph Shaw's blog today about celibacy in crisis. He quotes Dr. Peter Edward's thus:


[T]he last four decades have seen, I suggest, a steady retreat from defending that value in canon law and pastoral practice—married clergy now outnumber celibate clergy in many arch/dioceses, thousands of married ministers have recently come into full communion with Rome and been ordained priests, the observance of clerical continence has been abandoned in the West, and the quasi-decriminalization of attempted clerical marriage itself (as opposed to remaining in pseudo-marriage) has been accomplished. Any one of these developments would have been portentous; but that they have occurred simultaneously is, I suggest, undeniable evidence that clerical celibacy is in crisis.


While in principle celibacy is still defended at the highest levels of the Church, with vigour indeed, its legal and practical ramifications have been eroded. We are getting to the point at which it needs either to be reasserted in some tangible, public way, or the gap between theory and practice needs to be closed from the other direction.

I would point out that I do not see this in any way as an attack on the Ordinariate, but rather an observation that recent events have had repercussions  Now we have to decide how to deal with those repercussions.

It seems from some reports that Pope Francis is not adverse to the idea of married clergy "with a certain pragmatism", and certainly I know and love many married priests of the Ordinariate. However I think in the context of this story with Cardinal O'Brien, I cannot help but wonder if there is some ambiguity surrounding what the Church expects in this regard which is further complicated from a more liberal perspective, when some clergy are married. I have heard that Cardinal O'Brien had been on a journey from dodgy 'spirit of Vatican II' theology to orthodoxy, gossip to which I had largely shrugged my shoulders, glad for the witness he gave in the present. The news today does seem to vindicate that position and suggest further evidence that Joseph is correct in his assertion that some firm action needs to be taken to clarify the position on this. As Pope Francis states: "The double life is no good for us. I don't like it because it means building on falsehood. Sometimes I say: 'If you can not overcome it, make your decision.'"

I completely agree with Joseph that to consider that celibacy is some kind of steam-valve which can be opened to relieve all sorts of problems in the Church: sex abuse, the shortage of vocations, Mass attendance and who knows what else constitutes a complete misdiagnosis. What builds the Church is true love. Love of the triune God and love of neighbour and this means sacrifice and commitment. Sacrifice and commitment are ways in which we demonstrate physically the importance of the position we are taking. There is a huge similarity in my mind between the priesthood and marriage here. My own commitment of love to my wife is far deeper than just a sentimentalism. What we all value in life is another who is willing to sacrifice for us, to be loyal, to be trustworthy, to provide leadership in integrity. This is what inspires us and will always inspire us, and this is why this news about Cardinal O'Brien's indiscretion hurts the flock so deeply.

I would call for Cardinal O'Brien now to come out of hiding and offer some sort of heart-felt explanation for his actions to be frank and honest about his situation and to explain to us all what has been going on in his life.

I always note how under attack the Church always is at this time of year and this is just another example of it in my opinion. We mustn't lose heart, our faith is in Jesus Christ, not individual leaders, though there is no doubt that these do Christ and His Church a great dis-service when they act in such a manner, causing many to lose faith. Remember that Jesus Himself chose Judas and Peter, who didn't have blemish free records with regard to conduct. He was preparing us for a leadership which was and remains human.