I think I am always shocked by the amount of judgemental vitriol I see on the internet. Even in cases such as this awful debacle, the rush to condemn is quite shocking in its intensity, no matter how justified it may seem. And it could hardly seem more justified than in this, a case of parents who set a fire in their own home, whilst their children slept, in an attempt to frame an ex-lover for attempted murder. This is a tragedy and demonstrative of how far reasoning has come adrift in a large swathe of society from any objective idea of what constitutes wrong and right. But Osborne asking why tax payers subsidised Philpott's murder? The Daily Mail utilising the revulsion society inevitably and rightly feels at this case in order to incite some kind of class hatred by bracketing those on benefits with a man who had clearly lost all sight of any moral compass is truly unacceptable. 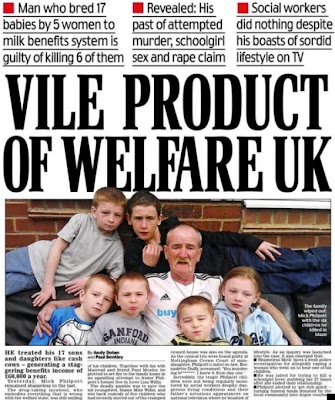 Perhaps what struck me the most today was what of the children? What is going to happen to the ones who are left, who have to now somehow reconcile this legacy with the rest of their lives? (As Philpott is purportedly the father of seventeen children by five different women). Today these children are being spoken about as if they don't exist, people are making political assertions about them that I pray they don't ever hear themselves. I am sure that it is unacceptable to use the deaths of innocent children at the hands of an evil man to make cheap points about welfare as Osborne and others have done.

Richard Latham QC was used by the CPS for this job. His past cases include the successful prosecution of the notorious Soham murderer Ian Huntley. His exchanges during cross-examination of Mick Philpott will live long in the memory.

"You were in this together weren't you," he said. Philpott tearfully replied he wasn't: "I swear on my children's resting place." Mr Latham's response: "Don't descend to that. Don't demean yourself."

To me, this demonstrates the depth of Philpott's self-deception. There is no need in his mind to acknowledge the truth. We understand the morality of human acts by understanding the object, the intention and the circumstances. I can see very little to defend Philpott in considering any of these. However it seems to me that these issues must be about fairness and justice first and foremost.