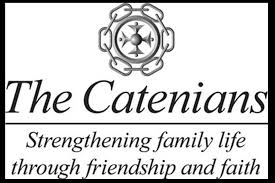 On Thursday my dear friend and business partner Andrew & I were enrolled in Southend-On-Sea Catenian Association at the Park View Suite, Chalkwell. The Catenians is an international association of Catholic laymen which aims to foster brotherly love among members, develop social bonds among members and their families, advance the interests of the members and their dependants, assist young Catholics in their choice or pursuit of a career and to establish, maintain and administer benevolent funds.

The association was started in 1910 by John O'Donnell, inspired by a Pastoral Letter from Bishop Louis Charles Casartelli, Bishop of Salford. Bishop Casartelli set out his stall with his first Pastoral Letter entitled ‘The Signs of the Times’, written a month after his consecration. He urged Catholic laymen “to go forth to all the interests of the commonwealth of which we are part”, going on to say that he wanted the laity to play their role “…in matters social, municipal, philanthropic, educational, artistic, literary in which we may use the powers we enjoy”.

In 1906 a Liberal Government, which pledged to abolish voluntary (including Catholic) schools, was returned with a massive majority. Bishop Casartelli formed the Catholic Federation to fight this. In 1908, and with the active encouragement of the bishop, a number of the Federation’s leading lights became the founder members of The Chums Benevolent Association. Two years later, the title was changed to the Catenian Association, now active in Europe, Africa and Australia.

The name "Catenians" derives from the Latin word for chain: catena. In the same way that a chain is formed of individual links, so are individual members of the Association and the circles/Groups—as branches of the Association are called—united by the objects of membership: to encourage members to meet socially, to assist where possible, with justice to others, their business interests; to provide benevolence for needy members and their families, and to widows and children of deceased members when necessary; and to assist Catholic youth to find suitable employment.

Both Andy and I consider these aims and objects of membership most worthy, and we have enjoyed getting to know some great people from the different parishes in the area, as well as "visiting gentlemen", as brothers from other circles are termed.

"May our patron Saints Peter, Paul and Thomas More grant us the strength of purpose to keep the pledge which we have made as a men of honour"
Andrew Barwick Catenians Chalkwell Park Fr. Kevin Hale Park View Suite