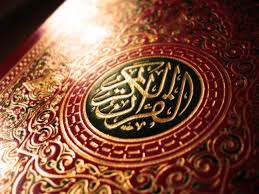 I have long held a fascination with Islam; the people, the culture, the Kaba, the texts. This has led to a lot of reading. Reading Al Qur'an, commentaries, histories and polemics. Trying to understand the complicated interplay of Islamic culture and philosophy. What Islam preserved and gave us; Averoes, the Alhambra, Avicenna, Aristotle even. What it represented to us in the West; wresting the Holy Land away from us in the Muslim conquests of the Levant (632–661), Al-Andalas and the Caliphate of Cordoba (711), the fall of the Byzantine Empire (1471), Reconquista in 1492,  the Great Seige of Malta (1565), the Battle of Lepanto (1571). Does that seem like a lot of war?


Today, Islam is still deeply controversial throughout the world. Islamic countries are restless. The Arab spring seems to be disintegrating into anarchic violence. In this country, on the 22nd May, we had the horrific incident where a British Soldier was knocked down in the street, in broad daylight, by a car, whose occupants proceeded to exit the vehicle and visit horrific violence on the stricken young man in full view of passers by, murdering him. These men claimed, controversially, to be acting in the name of Islam.

So where are we with Islam in Britain today? What, if anything needs to be done?

First, watch this video from Russia Today, reporting on our country:


First of all, a word about RT: one might refer to it as an alternative news source, which gives a different view to that with which we are familiar (e.g., the stupidity of arming the 'rebels' in Syria).

However, it must be borne in mind that RT has something of an inbuilt antipathy towards Islam, en bloc, in contrast to our tendency to look at individuals.

That said, let's turn to Islam. Islam has an intrinsic situation that makes anything like the Renaissance (in its broader sense), Reformation and Counter-Reformation difficult. It has no central authority, either to impose dogma, to revise it or to be the point of opposition.

It is essential to acknowledge that people who follow Islam are people, of the same essence and being as we are. As Sting once sang (albeit about the Russians!) they love their children, too. In short, they are not intrinsically evil. However, there are evil people among them. After much study and reading, it is my opinion that it is Islamic theology/ ideology that facilitates or justifies this sort of behaviour. Thus, if we are to defeat the extremism, we must address this theology in an academic fashion and dissect it to see what really lies beneath.

This RT video is particularly interesting because it demonstrates that this is an issue which has been ignored by our politicians and mainstream media (especially the BBC). Many of us feel uneasy about Islam and are unable to articulate why, often for fear we will be considered extremists or racists if we criticise Islam. Perhaps we feel it would been duplicitous to criticise other's religion whilst maintaining our own right to religious freedom.

But it really does seem pretty straight forward to me. Muslims believe the Qur'an is the literal dictation of Allah. Muslims believe the Qur'an to have been verbally revealed through the Angel Gabriel (Jibril) from God to Muhammad gradually over a period of approximately 23 years, beginning on 22 December 609 AD, when Muhammad was 40, and concluding in 632 AD, the year of his death.

For Muslims, the Qur'an constitutes the main miracle of Muhammad and thus the proof of his prophet-hood and the culmination of a series of divine messages in continuity with the Torah (Tawrat) and the Gospels (Injil). The Qur'an itself assumes familiarity with major narratives recounted in Jewish and Christian scriptures, summarising some, dwelling at length on others and in some cases presenting alternative accounts and interpretations of events. The Qur'an describes itself as a book of guidance, sometimes offering detailed accounts of specific historical events, and often emphasising the moral significance of an event over its narrative sequence. The Qur'an is used along with the hadith to interpret sharia law. To consider that the Qur'an is for Muslims what the Bible is for Christians is not really accurate. It would probably be more accurate to say that the Qur'an is akin to what Jesus is for Christians. This perhaps helps us to understand why Muslims get so upset and irate when people denigrate or damage the Qur'an.

In the Qur'an there are at least 109 verses that call Muslims to go to war with nonbelievers for the sake of Islamic rule. many are very graphic and contain commands to chop off heads and fingers and to kill infidels wherever they may be hiding. Muslims who do not join the fight are labelled 'hypocrites' and warned that Allah will send them to Hell if they do not join the slaughter. No matter how contextually the nice moderate Muslims read this, the divorce of faith and reason inherent in Islamic theology coupled with the literalism inherent in a belief system that holds to a verbatim dictation from God means you are always going to have some extremist willing to act on those words.

So what is the solution? I advocate that we address the theology. Demonstrate it's logical failure and assert an historic understanding of the compilation of the Qur'an.

I don't think I am alone in advocating this response. Certainly Channel 4 seem to have taken up the gauntlet somewhat with this programme.

I would add a caveat here with regard to the different branches of Islam.

It is essential that we do not make the mistake of thinking of Islam as monolithic, certainly this seems to be the common portrayal, albeit with nuances of differences between Sunni and Shia. In fact, the differences are myriad and can be quite profound. Sunni Muslims appear more 'imperialist' (for want of a better word) than Shi-ites, who place more emphasis on suffering. Perhaps, due to the war in Syria we are more aware of the Alawites who follow a branch of the Twelver school of Shia Islam. But there is also Sufism, Ismaeli, Ahmadiyya, Wahhabism, and others.

At the core and what binds all these together is Al Qur'an, of course, which literally means "the recitation". Interpretations differ which gives rise to at least as much intra-Islam conflict as external confrontation.

A wider problem, however, is that a secular society, one without a background and foundation in religious thought and ideas, simply does not understand the appeal or impact of deeply-held faith on individuals and communities. They view them with incomprehension and contempt (others view them with fear and hatred, of course). Some kind of understanding would be helpful but I am afraid that the majority of the population in the UK simply does not have the theoretical, theological or philosophical basis to engage with the issues raised by a growing Muslim population and this could be the most concerning aspect of our current situation in this country.