Manipulation of the Media

May 07, 2013
America is waking up to the incredible news that three young women who vanished in separate incidents about a decade ago in the US state of Ohio have been found alive in a house in Cleveland. 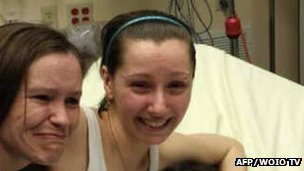 Amanda Berry disappeared aged 16 in 2003, Gina DeJesus went missing aged 14 a year later, and Michelle Knight disappeared in 2002 aged around 19. A six-year-old was also found at the home, who speculation suggests could be Amanda Berry's daughter.

This is completely shocking story, for the length of time these young women were incarcerated, the seeming simplicity of the ultimate discovery or escape, and for the fact that the man who lived at the property was no recluse  but often seen playing with his dog or bbq'ing on the front lawn. I find it incredible that something like this can go on for such a length of time and no one knew anything about it. One cannot help but speculate if this might be a result of the 'none of your business', individualist attitude which pervades modern society? Could we say that people lived closer together in communities until recently, and strange behavior, a closed house, a furtive resident, would be instantly picked up by neighbours?

My mind immediately went to the McCann family and what this news will mean to them. Will it reinvigorate their search? Will it offer fresh hope that little Madeleine might still be alive? I know what it is like to lose a child, but Ruth did not suffer, and I am confident that she is in heaven, gone from me physically. The idea that Madeleine might be alive somewhere, that she might be suffering or have suffered, I find impossibly difficult. If my own experience was tragic, difficult, painful, I can't imagine what Gerry and Kate McCann have gone through and are going through still today. 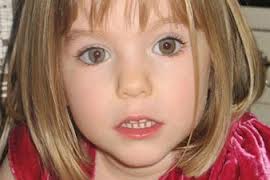 The other dimension to this which I find interesting is in relation to the terrible Kermit Gosnell trial which is still ongoing in the USA. Although some brave (Catholic) journalists here in the UK have written about the story, in particular Damian Thompson and Dr. Tim Stanley in the Telegraph, there has been no TV coverage and nothing on the radio. Indeed, most people haven't even heard about this awful case, where Gosnell “regularly and illegally delivered live, viable babies in the third trimester of pregnancy – and then murdered these newborns” (a quote is taken from the grand jury report on the case).

As I woke this morning to our 24 hour media, and Sky News virtual non-stop coverage of what was going on in Ohio, I couldn't help but wonder why Gosnell wasn't being followed in such minute detail? Perhaps because UK journalists hadn't heard about it themselves? That's not the case, as I tweeted Eamon Holmes and Charlotte Hawkins about it myself. Both are great on Twitter and often interact, but I didn't even get an acknowledgement on this issue. Jeremy Vine on BBC Radio 2 is also the sort of show where you would expect this case to be covered in detail. Certainly today's show had a big section on Amanda Berry in Ohio. When I posed the question directly a little while ago, Jeremy did re-tweet my link to the story (fair play to him). He also replied to me saying the team were looking into the story. But it hasn't been run, or received any further mention. I've asked why, but had no response. 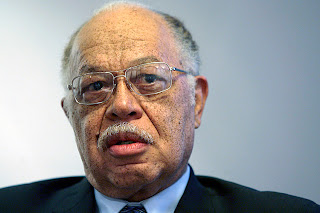 In an age where the 24 hour news culture means that there is a virtually unquenchable thirst for new stories, and even the most minor incidents seem to be covered in the most lurid detail. Yet on this incredible story, about a man who routinely forced women who came to him into labour and then killed their babies, we hear nothing. The specifics of the case are seven counts of first degree murder, where it is alleged live babies where born, and then executed with scissors by Gosnell. In addition, A pregnant refugee, Karnamaya Mongar, also died after being given too much anesthesia and pain medication during a 2009 abortion at his West Philadelphia clinic.

Of course, it is obvious why there is no coverage. As Damian explains, pro-choicers averted their eyes to the crimes of a racist “doctor”whose worst acts are beyond imagining. They did so because making a fuss would give ammunition to the pro-life movement.

I urge you, dear reader, to be awake to the manipulation of the media we are witnessing in this case. Be alert, be aware and know that freedom of speech and freedom of information are extremely relative concepts in this country. You can talk about whatever you like, as long as it doesn't challenge the liberal consensus