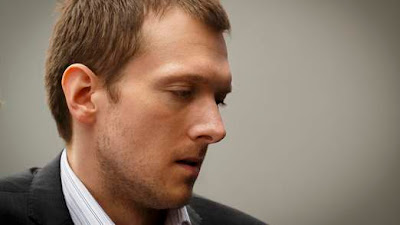 So the teacher Jeremy Forrest, who abducted/ eloped (?) with a 15 year old student of his is sentenced today.

I have to say, my mind ran immediately to the old Police hit 'Don't Stand So Close To Me', remember it?

The song deals with the mixed feelings of lust, fear and guilt that a female student has for a school teacher and vice versa, as well as inappropriateness leading to confrontation. The music and lyrics of the song were written by the lead singer of The Police, Sting, who had previously worked as an English teacher.

In a 2001 interview for the concert DVD ...All This Time, Sting denied that the song is autobiographical. The line "Just like the old man in that book by Nabokov" alludes to Vladimir Nabokov's novel Lolita which covers somewhat similar issues. 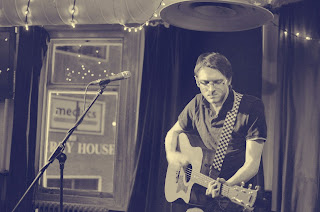 Like Sting, Forrest has a musical side to his character which some, like the BBC reporter Duncan Kennedy have suggested, added to his appeal for the student who has ended up embroiled in this affair. Just as the lyric recounts, Forrest is twice the age of his student.
Apparently, teachers at Bishop Bell Church of England School in Eastbourne were aware of Jeremy Forrest’s alleged inappropriate behaviour seven months before he abducted her, warning him seven times about his actions. According to the Telegraph Several pupils also raised concerns with teachers, two of whom had seen intimate private messages the pair had exchanged.
But despite reports that he had been seen picking her up from a work experience placement and kissing her outside school, no definitive action was taken.
Teachers indicated that they were aware of the severity of the allegations by repeatedly trying to contact the girl's mother and by eventually asking the Local Authority for advice, yet still the only move they made was to move the girl out of Forrest's maths class.
The matter was abandoned when the summer holidays began, leaving the pair free to enjoy a full sexual relationship, spending numerous nights at local hotels and at his marital home.
The teenager herself repeatedly expressed astonishment in her police interviews that the school had never intervened. 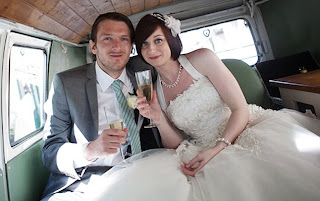 Watching the news reports on the TV, this seems a difficult one for post-modernist moralists and commentators. There is an immediate revulsion at what he has done, but when you get down to it, it's not that easy to express why. They can't condemn Forrest for leaving his wife, everyone does that these days. The fifteen year gap--well if he was 40 and she was 25 no one would bat an eye-lid, surely?

For one commentator I saw on the BBC news last night, it came down to his position as her teacher, although she qualified that judgement by saying it would be difference were the student at University.

My observation is basically about how lost society seems to be in all this, like it has an itch it just can't scratch, because we have traveled so far down the road of moral relativism, broken so many old taboos, and enslaved ourselves to the importance of 'what I want' to such a degree that we can't really condemn anyone else's actions.

I was particularly struck that Forrest mouthed "I love you" to the now 16 year old as he was led away from Lewes Crown Court yesterday. Indeed, the Mail quotes a family friend who claims the pair, who had fled to France, remain "desperately in love" and plan to resume their relationship "as soon as he is free". Forrest doesn't seem very remorseful, does he?

In response, she mouthed "I'm sorry". What can we deduce from this exchange? Surely we can see the classic abused/ abuser relationship, where one party (the abused) is the one who feels guilty about what has been done to them. The abuser classically manipulates the relationship to make the abused feel guilty. It seems Forrest was at this before he abducted the girl, accusing her of wrecking his career.

The fact that the Daily Express says Forrest, who has already spent nine months behind bars, has boasted that he is enjoying his time in jail, and that one friend describes how he has been teaching illiterate inmates to read and write, just adds to the conclusion that this man sees absolutely nothing wrong in what he has done.

I don't like the label "paedophile" which was used by the prosecution, but I do agree with them that he "groomed" the vulnerable teenager and his actions were a gross breach of trust. As the well known song at the start of this blog post recounts, the school environment is a hot bed of teenage hormones and young people discovering and learning to cope with their emotions. We all recall how powerful our first crush was, and how we longed for the love we thought we felt to be reciprocated. But the truth is that love means more than just those fiery feelings that CS Lewis calls Venus in his invaluable study The Four Loves.

The importance of this dichotomy is perhaps best illustrated by a beautiful piece of oft quoted prose by the author, Louis de Bernières. This, in my estimation, beautifully illustrates the difference between eros (that is, romantic love), venus (which we might term 'lust') and agape.


“Love is a temporary madness, it erupts like volcanoes and then subsides. And when it subsides, you have to make a decision. You have to work out whether your roots have so entwined together that it is inconceivable that you should ever part. Because this is what love is. Love is not breathlessness, it is not excitement, it is not the promulgation of promises of eternal passion, it is not the desire to mate every second minute of the day, it is not lying awake at night imagining that he is kissing every cranny of your body. No, don't blush, I am telling you some truths. That is just being "in love", which any fool can do. Love itself is what is left over when being in love has burned away, and this is both an art and a fortunate accident.”

It is this love I think, that we all yearn for so deeply. I certainly feel I have achieved it in my marriage and thank God for that every day. But unlike Iannis, the character speaking in the passage above, I'm not so sure it is a fortunate accident. Rather I think it is the result of a careful process of discernment, tethered to a shared understanding of what love and marriage mean. Take this formula and percolate with several small children for a number of years, add a dash of tragedy and you find you are cemented together with an indelible adhesive.

In the decalogue, adultery is right up there at number six. The decalogue is the outer marker of stuff we know we shouldn't do, but need reminding about. The reason it is so prominent is the incredibly damage affairs and marital break-up inflict. Not simply through the often acrimonious husband and wife, but also any children, extended family, and even friends. Especially in a desert dwelling tribal environment, such fractures could be utterly devastating.

How can we lecture Forrest on what he is done in a society that no longer recognises the importance of solid foundational relationships? Where we struggle with objective moral standards and consider sexuality is all about mutual pleasure between consenting partners irrespective of age, sex, or marital status?

I for one am not surprised that this incident happened and see it as symptomatic of the selfish and self-serving direction our society is heading. Forrest should recognise that pursuing this relationship with someone in his care, someone of formative years, will inevitably cause her great harm. If he really understood what love was, he would have the courage to put her first.