I must apologise for my obvious mistake with my Sunday Scripture reflection this week, as Fr. Jeff called me yesterday to ask why I had posted for the thirteenth Sunday when the Catholic Church in the UK will be celebrated Sts. Peter and Paul, carried over from Saturday. Still, my non-UK readers would not have been confused whereas they would have been if I'd posted the correct readings.

As I listened to the readings today I did feel a pang though, as I would like to have thought and studied a bit about these fascinating readings, especially the fantastic and miraculous story from Acts which formed the First Reading.

Of course, the Gospel story today was the same as last week's, with the profession of Peter, albeit from Matthew's Gospel this week instead of Luke's. I did cover a bit of both last week talking about the fact that Jesus called Peter "Rock" Cephas (Greek: Κηφᾶς) or Kepha (Hebrew: כיפא‎) both meaning the same thing. The Protestant argument is that the Koine Greek translation of today's Gospel, where Jesus says "On this rock (petra in Greek) I will build my church, and the gates of Hell will not prevail against it." Jesus means the rock of Peter's faith, not Peter Himself.

That this is not merely a Matthean interpolation, or something added to the tradition is clear from Galatians 1:18 as in the Second Reading a couple of weeks ago. I think this is striking. God changes people's names in the OT when He gives them a mission. Why would Jesus change Simon bar Jonah's name to Cephas, a fact which St. Paul refers to and records IN THE ORIGINAL ARAMAIC in Galatians, if it wasn't for the reason recorded in Matthew?

If you want to learn more about this discussion, there's a decent tract here on Catholic Answers website that goes into more detail.

Another question I have encountered this weekend is why do we celebrate the feast day of these two great saints on the same day? If they are so awesome, why do they not warrant separate feast days?

Well, we do celebrate the Conversion of St. Paul on January the 25th. We also celebrate the Feast of the Chair of Peter on the 22nd of February. I've been in Rome during this feast and the light the chair of St. Peter up beautifully and put the papal tiara on the big statue of St. Peter.

Here are a couple of pictures I took in February 2011: 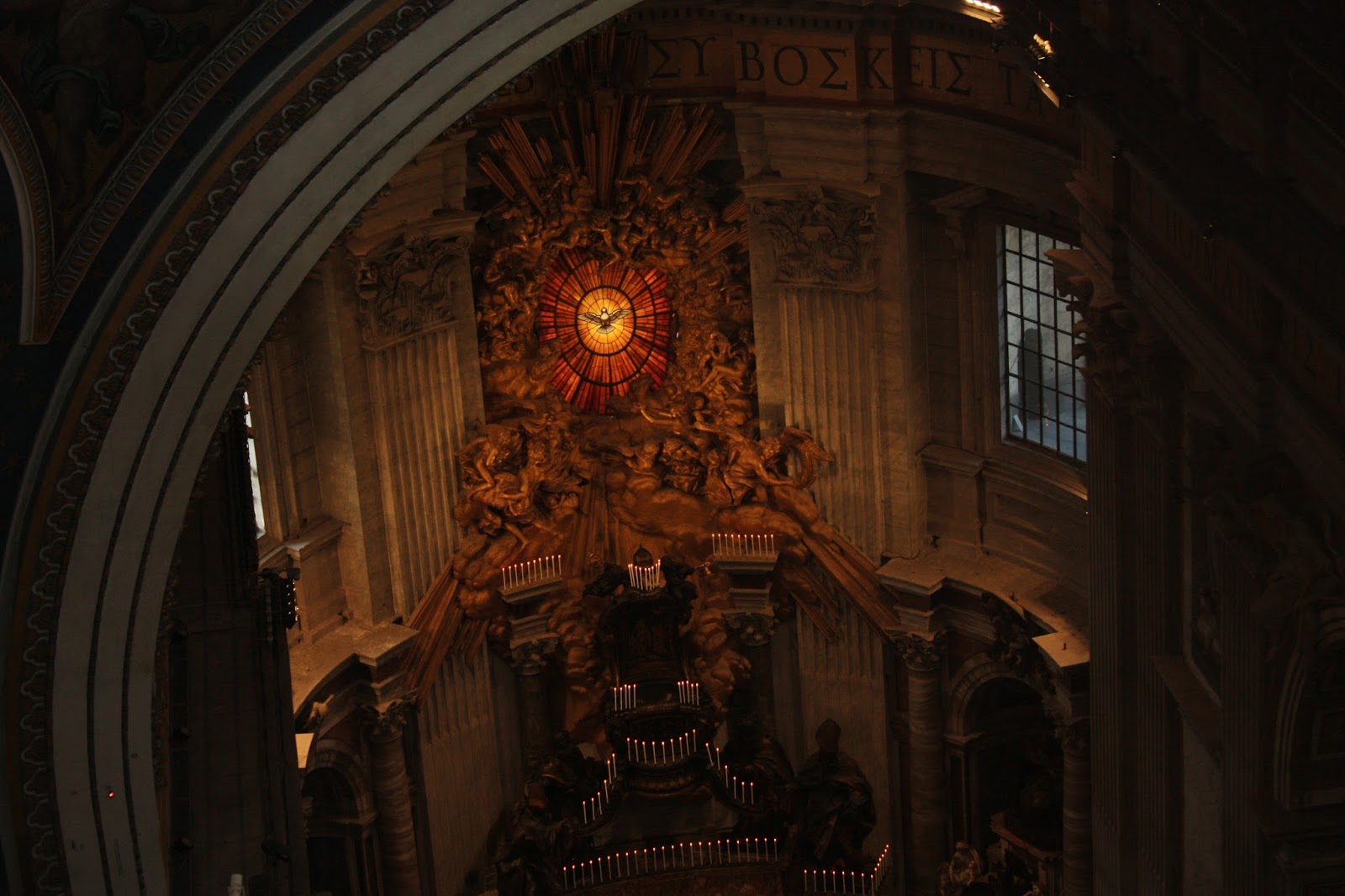 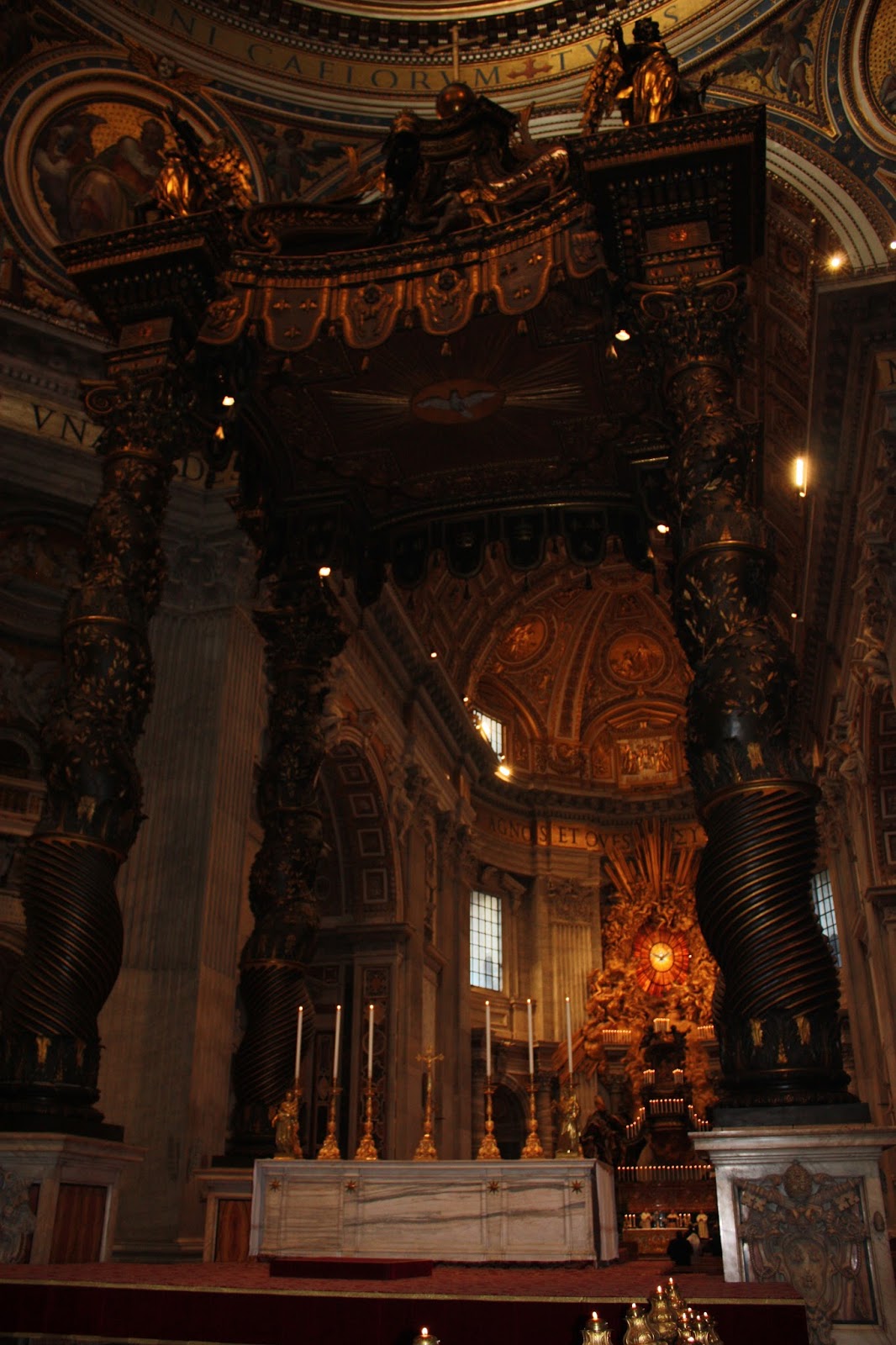 In a sermon in the year 395, St. Augustine of Hippo said of Sts. Peter and Paul: “Both apostles share the same feast day, for these two were one; and even though they suffered on different days, they were as one. Peter went first, and Paul followed. And so we celebrate this day made holy for us by the apostles' blood. Let us embrace what they believed, their life, their labors, their sufferings, their preaching, and their confession of faith.”

As early as the year 258, there is evidence of an already lengthy tradition of celebrating the solemnities of both Saint Peter and Saint Paul on the same day. Together, the two saints are the founders of the See of Rome, through their preaching, ministry and martyrdom there.

So happy feast day everyone!