'Foreign gods' In the Vatican

July 11, 2013
The Church does not destroy, it sanctifies. That is, God can take anything and make it good and new... 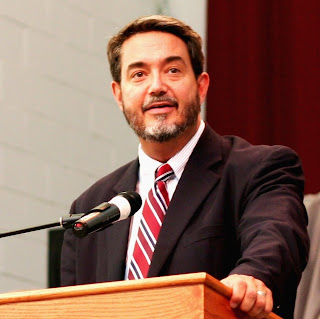 This is something Scott Hahn posted on Facebook yesterday:

Here's a brief exchange I had with a dear 'FB sister' who raised a good question (based on Deut. 7) regarding the 'foreign gods' she saw inside the Vatican:

"I'm an Evangelical very much hoping to become catholic, but this alarms me and is shaking my faith in the Catholic Church's judgment. I've spoken to a few Catholics, including priests, and they seem flummoxed. What are you thoughts? Kind regards, CA"

Dear CA, from antiquity the Catholic Church adapted a ancient imperial custom as a sign of celebrating the successful evangelization and conversion of various pagan lands and peoples; that is, when ancient empires (e.g., Babylon) subjugated other lands and peoples (e.g., Israel), they celebrated their victory by carrying back to their royal capital notable prisoners along with their sacred treasures, to celebrate and showcase their victories over their armies and gods (see Dan 5). The sacred vessels and statues were enshrined to commemorate their surrender, and to represent their royal tribute to the superior king and his kingdom.

Since the Church has conquered kingdoms by the Holy Spirit and 'the sword of the Word,' it celebrates the voluntary surrender and peaceful conversion of various lands and idolatrous peoples to Christ by adapting this practice, as you see in the Vatican; but then the Church turns around and invites these peoples from all around the world to 'come and see' what spiritual victories the Lord has wrought in all nations, on their behalf, over their false gods and idolatrous ways.

CA, when it comes to what Christ leads the Church to do throughout history, in its 'binding and loosing' on earth what He has already bound and loosed in heaven (Matt 16:19), I would encourage you to put your trust more completely in Christ, and in His promise to build the one true and visible Church, along with His power to protect it against the 'gates of hell' (Matt 16:18). That's how we can learn also to 'trust the Church' (Matt 18:17), even more than our own personal judgment (2 Peter 1:20-21). I hope this helps.
Deuteronomy 7 Evangelical foreign gods in the Vatican Scott Hahn