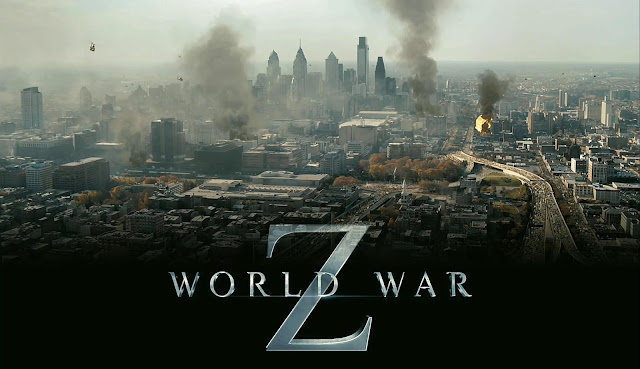 First of all, it's important to point out that Father Z is not actually in this film (although he could have been to be honest).

I went to watch Brad Pitt's new film 'World War Z' with my brother-in-law (who I will refer to as 'The Doctor' from this point on) a while ago.

It's a zombie film and I do love the genre. I'm not mad on the violence, I think it could be categorised as sadist, but what I find very engaging are the ideas. The genre explores ideas like the mollifying effect of consumerism on society, for example Dawn of the Dead takes satirical jabs at modern consumer society, Night of the Living Dead looks at the Vietnam War, racism, what it is that makes us human, and where the line of de-humanisation lies.

The Doctor and I also like mulling over dooms-day scenarios. Where we would go, what we would do, in a situation where society breaks down. I really enjoyed the recent Nat Geo series Doomsday Preppers although many of the people in the series seem to have quite wacky scenarios, and others seem to be extreme in the degree to which they prepare for an apocalypse. Certainly World War Z provided an opportunity for The Doctor and I to indulge this often visited fantasy of ours, although the zombie apocalypse happens so quickly, it seems incredible anyone could survive. The basic of exiting centres of population was part of the film though.

All in all I found this approach at the zombie apocalypse genre was a bit of a tale of two halves. The first 3/4 of the film are a brilliant, rip-roaring adventure which quite literally has you on the edge of your seat as it leaps from continent to continent, impossible situation to impossible situation. Then the last 1/4 turns into a film in the genre of Edgar Wright/ Simon Pegg/ Nick Frost, in a Welsh medical research centre, with some bizarre plot details. For example, Brad is able to walk through a crowd of zombies because they can somehow sense he is contaminated with a pathogen. Both The Doctor and I agreed that, even if zombies could posses this sixth sense, the attack instinct would surely mean that Brad would have been gotten at least once by an over-zealous attacker who hadn't quite worked out he was contaminated before chomping on him?

The Doctor was deeply unimpressed with the whole experience (our sport is to critique films after we have watched them, and I enjoy it greatly) especially the amount of MacGuffin involved in the plot. Similarly, The Doctor's medical training leads him to various sensible medical conclusions whenever we watch a film, for example, in this case, no energy in = no energy out = zombies are impossible. The zombies don't eat you you see, they are only interested in passing on the 'zombie virus'. 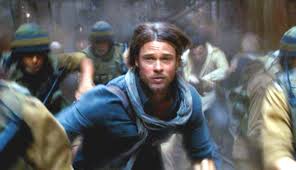 I loved it though. I was particularly struck by Brad's character. Brad is, in my opinion, one of the best and most versatile actors of this generation. From Legends of the Fall to Interview with a Vampire, from Twelve Monkeys to Fight Club, his repertoire is extraordinary and varied.

In World War Z, what I particularly like about his character is that he is not a gung-ho, violent action-hero. He is a loving father motivated by his desire to save his family. It's rare to see fatherhood portrayed so positively these days and Pitt plays this role very tenderly. He is also very nice to practically everyone he comes into contact with. The themes seem more collaborative and this is unusual, even striking in a modern film.

Articulating these ideas to The Doctor brought, it has to be said, largely derision. However, I was pleased to observe that Fr. Robert Barron had thought along similar lines. What's more, he took that ball and ran some fair distance with it, using the film as an analogy to explain the Church's teaching on Original Sin.