A Call To Action News Update 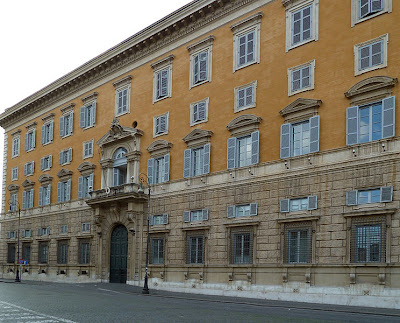 I was writing a post about an email I received on Wednesday from the small group of pseudo Catholic dissenters known as A Call to Action (ACTA for short), when I noticed Deacon Nick Donnelly had beaten me to it (as usual).


...the second annual ACTA DAY CONFERENCE, open to all supporters, which will be at Newman University in Birmingham on Saturday October 26th2013, from 11am to 5pm
We are fortunate to have three distinguished speakers – Prof. John Sullivan from Hope University on “Ecclesial Citizens, not sheep”, Prof. Ursula King from Bristol University on “The Church in Dialogue with Women?” and Gerry J. Hughes S.J. on “Where do we go from here?” There will be questions, discussion and the establishment of the new governing body of ACTA.

One priest I mentioned this too expressed surprise at the inclusion of John Sullivan; "I thought he was sound" he exclaimed. I suppose it is useful as a measure of orthodoxy if nothing else.

I wrote a post exposing ACTA's agenda here which garnered considerable traffic. In that post, I addressed many of their issues, and demonstrated a proper understanding of each. They claim to be about reasonable dialogue, but I have tried to engage with them in this regard on their website forum and it appears they are not, actually interested in dialogue. Tony Castle posted a thread asking why Latin was important, I answered politely and was blocked as "A spammer, hacker, or otherwise bad person". What a strange understanding of dialogue! In fact what they mean by dialogue is that you will accept their opinions, contrary to what the Church teaches. This is reiterated on the publicity for their Day Conference which only welcomes supporters. Their argument can be reduced to the premise that the Church should listen to the world, not God, and change accordingly. Anyone who has studied Catholic theology, or indeed history, will see how at odds with Catholic theology and how ill conceived such a premise is.

Their true objectives are pretty well hidden on the website, but if you look under ‘Case Studies’ you’ll see a list which includes:

1. Rejection of Humanae Vitae
2. Ordination of Women priests
3. LGBTs to be allowed to have full sexual relationships; the Church is neither to criticise this or call it sinful
4. Married non-celibate priesthood to be allowed
5. Divorced and remarried to be admitted to Holy Communion
6. Magisterium of the Church to be replaced by a Magisterium of the People made up of clergy, ‘theologians’, and lay people

Although I think that dialogue is, in fact, essential to understand any position, the information given has to be accurate. Unfortunately, ACTA deal in misinformation. If they want to pursue their anti-Catholic agenda, they are free to do so, but they should do so away from the Catholic Church which they do not represent and cannot align themselves to. There have been lots of dissenters from the Magisterium throughout history, they've had the good grace to announce they are no longer in communion with the Catholic Church and become Protestant.

The fact is, the Catholic Church is by no means simply “the western church of the Latin rite”; rather, it’s a network of dozens of churches, all unified by their association with the Pope, who acts as a physical point of unity for the Church. The simplest working definition of a Catholic is a Christian who is in communion with the bishop of Rome.

My reason for posting this is to raise awareness that ACTA is not a part of that Church, our Church, and in pretending to be, it endangers souls by leading them away from the truth.

I am also extremely concerned that our bishops and priests are not more vocal about this group. How did they get permission to meet in the Archdiocese of Southwark's Amigo Hall for example?

In an age when the Church's teaching is so badly understood, and so rarely taught accurately, an organisation like ACTA has the potential to wreak havoc among the faithful. For this reason alone, I think it should be publicly denounced by the bishops, so that no one is in any doubt about their opposition to the Catholic truth.

A call to action ACTA Dissent