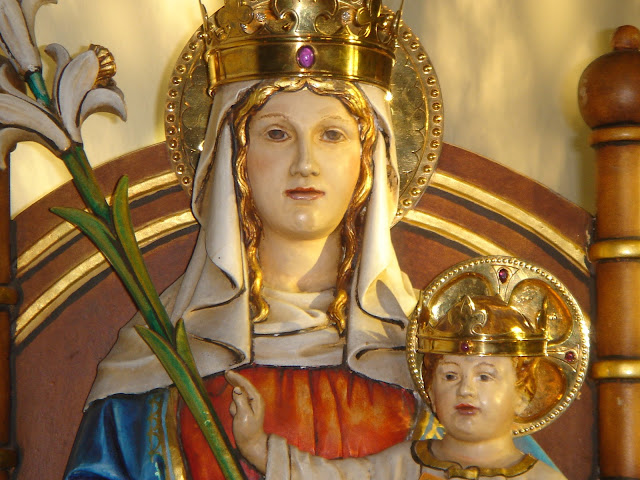 With more than three million in Rio last month and with more than a thousand in Walsingham this weekend, we might not really feel like a minority but that is what Christians are about to become in this country of ours. By 2020, if the analysis of the recent census is to be believed, most people in this land will no longer identify themselves in any way as Christians. It’s a situation you already know well as young people of 21st Century Britain. A situation which will surely demand of new generations of Catholics a clear stand, an inspirational lead and, as the Gospel reminds us today, a human struggle! Jesus tells us “try your best to enter by the narrow door” (Luke 13:24). And let’s be clear: this “narrow door” Our Lord proposes is not a narrowness of mind but the reverse. To be ready to say “your Kingdom come, your will to be done …” is to open our minds and hearts to all God’s power makes possible, the wide horizons which may seem closed to so many of our contemporaries.

Be not afraid to “open wide the doors for Christ. To his saving power,” I heard Blessed John Paul II say in my own youth and I want to echo his words again today, “open the boundaries of states,” he said, “of economic and political systems, the vast fields of culture, civilization and development.” The soon to be canonised Pope John Paul II urged us, “I ask you … I beg you, let Christ speak to (you). He alone has words of life, yes of eternal life” (22nd October 1979). To enter by this narrow door, of which Christ speaks, means recognising where life, the message of eternal life is to be found. Usain Bolt would never reach the finishing-line unless he knew exactly where he was going with every pace! To be a Catholic and to remain a Catholic in Britain in this century ahead will surely mean having the courage to make a clear stand and to take a clear direction in our lives. The letter to the Hebrews has offered us these words of encouragement: “lift up your drooping arms and steady your trembling knees, and make your crooked paths straight” (Heb 12: 12, 13). In this we may be well out of step with the rest of society, people of faith may become strangers in our own land as Archbishop Nichols described in his recent message (“The Narrow Gate” July 2013). People may say unless you conform yourselves to the mindset of society you will quickly become irrelevant. The Gospel tells us something different: it is only by a brave and distinct witness that we become truly relevant to every one of our contemporaries. [my emphasis]

The Scriptures and the long story of the Church often show us God has more use of faithful minorities than apathetic majorities. The prophet Isaiah announces that it is to be a few, the survivors, the remnant who would become the sign of God’s glory for “lands that have never heard of me or seen me …” (Isaiah 66:19). In the Gospel Jesus speaks of His Church, His Kingdom being like a little flock (Luke 12:32), a tiny seed (Luke 13:19), the yeast which disappears in the flour (Luke 13:21). It doesn’t sound a humanly impressive prospect and perhaps leads to the question just heard in the Gospel: is salvation only going to be for a few? (Luke 13:23). Jesus does not answer this question but reminds us we must each strive to enter by the narrow door He opens for us. We must be ready, He tells us, for the unexpected. Many, He tells us, will come to take their places in the Kingdom of God who were once last but are now the first! (Luke 13:30). 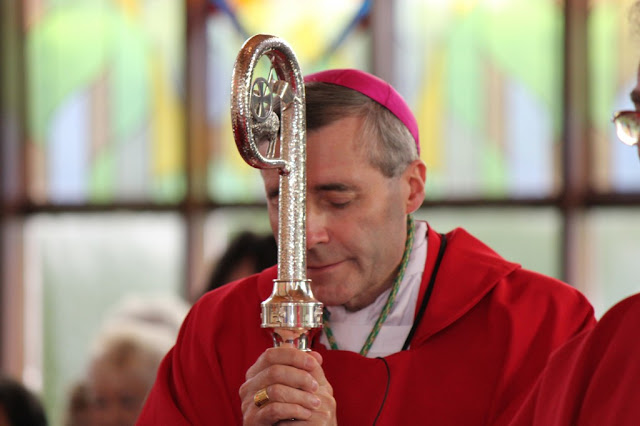 The Psalm recalls today how it was a handful of people who were first given the command: “Go out to the whole world and proclaim the Good News.” “Where does Jesus send us?” Pope Francis asked the three million in Rio, and he had no doubt of the scale of our mission “there are no borders, no limits, he sends us to everyone, the Gospel is for everyone …” If this seems an impossible mission for a few then Pope Francis reminded us “God wants to be seen precisely through our scanty resources …” because “He is the One who acts” (Address to the Brazilian Bishops). In this Prayer Festival it is with the same conviction that the Blessed Sacrament of the Eucharist is placed at the centre of our attention 24/7. In the Eucharist we will always see how Christ acts, redeeming and loving us still, how His Kingdom comes in every generation. “Jesus speaks in the silence of the Eucharist” Pope Francis says “He reminds us every time that following Him means going out of ourselves and not making our life a possession of our own, but rather a gift to him and to others” (30th May 2013). Whether we are many or few, whether we become a majority or a minority in this land, let us pray in Walsingham today that we may be true to our calling, ready to say in our lives: “your Kingdom come, your will be done.” Ready to become, if our time demands it: the faithful few for the sake of the many. At the end of World Youth Day Pope Francis left the young people of the world in no doubt about his confidence: “Jesus Christ is counting on you!” he declared, “ The Church is counting on you! The Pope is counting on you!”
+++++++++++++++++++++++++++++++++++++++++++++++++++++++++++++++++++++++
Bishop Mark Davies is Bishop of Shrewsbury Diocese and is awesome. He also presented me with my degree!