August 20, 2013
My Parish Priest, Father Kevin Hale, did an wonderful job of explaining last Sunday's difficult Gospel as I noted in Sunday's Scripture reflection. Obviously I prepare my reflections over the week and so it was unusual to post one after I had been to Mass and heard my priest's homily. He is an excellent preacher and always has a take on the readings that gives me something extra to think about, even though I have spent a considerable amount of time each week reflecting and reading about the Scripture. I asked him if I could share a transcript of his homily with you all: 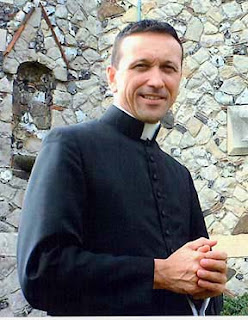 I hope none of you ever have to experience a trial by fire. A dear friend recently almost died in a house fire, a pious woman, she went to bed after her nightly devotions and left a candle alight. It turned into a blaze. Fortunately her Guardian Angel was working overtime and she got out of the house before it was too late. Whilst the damage done to the property was not irreparable it was certainly all pervading. If you have ever seen the aftermath of a fire, you’ll know how the stench and mess can hang around for weeks.

In the Gospel of the Mass, we hear some words of Jesus which don’t chime comfortably with an image of God, which we may have, that only sees him as meek, mild, patient and non-judgmental.
"I have come to bring fire to the earth, and how I wish it were already blazing."
The Greek verb used is ballo - to cast down fire. It is one of the disquieting expressions of Jesus in the Gospel. In both Testaments, Old and New, we are shown a God who is loving, merciful and indulgent towards His people. But it is the same God who is just, demanding and judgmental. The God who destroys with fire Sodom and Gomorrah and chastises when correction is required.

However, though we tend to think of fire as something destructive, destroying everything in it’s path, it is also a force that purges and clears. It is a symbol of life and energy as well as of death and destruction; it is an element that above all, expresses intensity. This is why it is a symbol of God the Holy Spirit. It is this intensity that Christ wants to cast down upon the earth, not to consume and destroy but to purify and test. It is Christ’s way of speaking about His love for the human race and His desire to light up the hearts of all people.

If you ever visited the Venerable English College in Rome, there hangs a famous painting depicting the Blessed Trinity. It has inscribed across the canvas, these words of Jesus: Ignem veni mittere in terram. 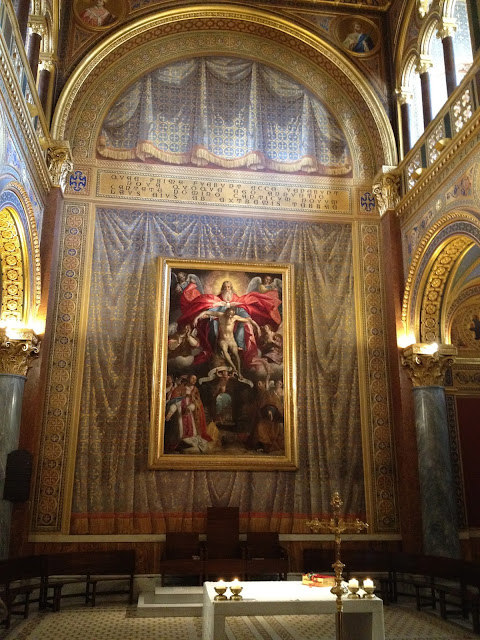 During the dark years of Catholic persecution in the sixteenth and seventeenth centuries, whenever news reached Rome that one of the priests who had returned home to England had been martyred, they would gather before this picture to the sing the Te Deum, the ancient hymn of praise and thanksgiving to the Trinity. Someone had loved God so much, that they had been prepared to give their lives for that love; this was the cause of their thanksgiving!

When those same martyrs would set off from Rome back to England - as they did form my own College, Allen Hall at Douai in France - they did so in full knowledge of the fate that awaited them. St Philip Neri who lived in rooms opposite the College would bless them before they travelled saluting them: Salvete flores martyrum…Hail flower of the martyrs. It echoes those words of St Thomas More when from his confinement in the Tower saw the monks of the London Charterhouse being carried off to Tyburn for execution said: See how gladly they go, cheerfully as men going to their wedding feast!

God perhaps asks a different kind of sacrifice from each of us. St Jane Francis de Chantal who feast was at the beginning of the week, writes in her memoirs: If you give God your unconditional love, this will be a form of martyrdom. The martyrdom of love is no less painful than the other, because love is a strong as death, and martyrs of love suffer infinitely more by staying alive to do God’s will than if they had to give up a thousand lives for their faith and love and loyalty.

This is how we say Yes to God each day, in the thousand small things that come our way, the people who need us, the sacrifice we make to live holy lives, making time for God and for others. This is how Mary said Yes to God, and her Assumption last Thursday was the crown of that willing fulfilment of God’s Will. With her we have the impetus to continue to spread the divine fire of God’s love for the human race, at whatever cost.
Father Kevin Hale I have come to bring fire to the earth Jesus Luke 12:49-53 Martyrdom Rome Salvete flores martyrum Venerable English College