An MP with Integrity? 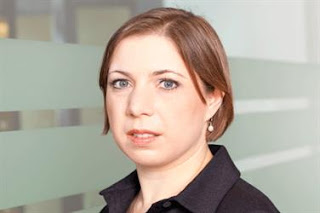 On the 7th September, the Liberal Democrat MP for Brent, Sarah Teather, announced she would not be standing for Parliament in the next General Election. Sarah is a Catholic and has featured on my blog before because of her eloquent polemic against Same-Sex-Marriage which bravely flew in the face of the bigot label, since her track record is one of defending the rights of people with homosexual tendencies.

I was initially disappointed, because I feel that we need more politicians like Sarah, not less. Rather than simply towing the party line on SSM, she voted, and argued, for what she believed to be right. Her arguments are intelligent and well reasoned, and can only add to a proper debate.

I do not agree with her position on every issue; I believe she is a member of ACTA for example. She has also been part of a call for more contraception and sex education in response to higher rates of teenage pregnancies in some parts of the country. Whilst on the whole, I agree that education is always a good thing, I do wonder when society is going to wake up about our policies in this regard.

In a joint statement with Paul Burstow, Sarah said:

However, research by Professor David Paton has conclusively demonstrated that promoting sex education and contraception does not reduce teenage pregnancy, it increases experimentation, and thus STI's. Despite these obvious points of departure, I do think we need politicians who are willing and able to have a wide ranging debate based firmly on the issues, rather than simply trying to consistently pander to the majority.

More recently, Sarah voted against the government on attacking Syria. Her argument against military action resonated perfectly with my own moral appraisal of the situation, and that of the Church. Whilst I do accept that military intervention is sometimes necessary, for example as part of an international peacekeeping mission, as an urgent response to prevent an immediate imminent humanitarian disaster such as genocide, or as an act of self-defence, military action must be a last resort. It can only be considered after all other options have been exhausted. It also must have some reasonable chance of success and be proportionate to its context. The proposed action in Syria did not meet any of those objectives.

It appears from Sarah's statement regarding her standing down, that this trend of standing against her party has given her a great deal to think about:

As with most party members, there have always been a few issues where I have disagreed with party policy. But over the last three years, what has been difficult is that policy has moved in some of the issues that ground my own personal sense of political vocation - that of working with and serving the most vulnerable members of society. I have disagreed with both Government and official party lines on a whole range of welfare and immigration policies, and those differences have been getting larger rather than smaller. Disagreements with the party on other areas of policy I have always felt could be managed, but these things are just core to my own sense of calling to politics. I have tried hard to balance my own desire to truthfully fight for what I believe on these issues with the very real loyalty and friendship I feel to party colleagues, but that has created intense pressure, and at times left me very tired. I don't think it is sustainable for me personally to continue to try and do that in the long term.

This appears to confirm my own suspicions that Lib Dem policy has been moving away from its espoused goals and aims, moving away from its founding philosophy, seduced by power. Political parties are only of use insofar as they serve the people, by arguing for what is right and best for communities. I think Sarah's record is excellent in this regard, and she has never failed to stand up for what she feels is right (even though she might need to better form her conscience in some areas). But now the party is betraying those ideals and seems willing to compromise on myriad issues in at attempt to appease the electorate. Can this ever work? Surely it would seem obvious to politicians that those of us interested enough in politics to vote are never beguiled by such simplistic deception?

I think Parliament will be worse off without Sarah Teather and I am disappointed that someone with such personal integrity feels that her chosen party can no longer represent her ideals.
Lib Dems Liberal agenda Parliament Sarah Teather Sarah Teather standing down as MP SSM Syria