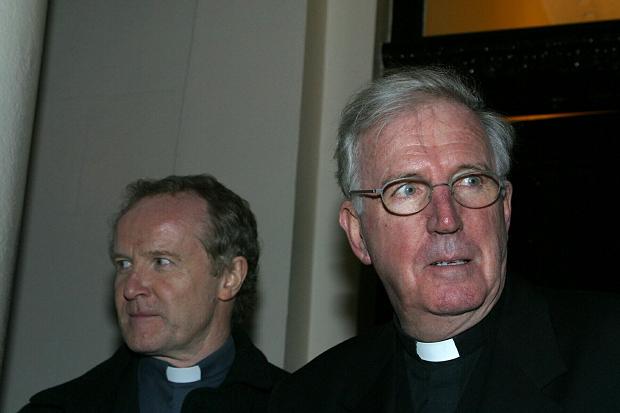 On August 24th, I was contacted by a concerned parishioner from Arundle & Brighton Diocese, who was shocked and concerned that ACTA were advertising a meeting at Sacred Heart Parish in Caterham. Further, the Parish newsletter states that


"Five of our members met with Bishop Kieran recently, and he has approved meetings within his diocese."

As a result of this, I wrote to Bishop Kieran, asking him for clarification. I have not, as yet, received any response.

This morning, I was contacted by another incredulous parishioner, concerned about ACTA's infiltration of Arundle & Brighton, who pointed me toward St. Dunstan's, Woking, and their newsletter, which states:


A Call to Action – ACTA - at the Sacred Heart Church, Caterham.
Saturday 28th September 2-5 pm. (Vigil Mass for Sunday to conclude). Guest Speaker: Fr Tom O’ Loughlin. A call to action is simply a movement within the church of England & Wales to keep alive the principles and spirit of the Second Vatican Council and to be a support to those Bishops that want to keep this vision alive. Bishop Kieran has met the core leaders of A&BACTA and had no difficulty with what they had to say. (bold emphasis mine).

In other words, the Catholic Bishop in charge of evangelisation and catechesis for England and Wales, openly supports and encourages a group which refuses to accept the Deposit of Faith as handed down and preserved by the Church’s teaching authority. This would appear to betray a lack of fundamental understanding about the Church, as well as the sort of attempt to appease and acceptance of relativism by those in authority that has wreaked such devastation in our Church and causes loss of Faith on the part of many.

Perhaps Bishop Kieran needs more information in order to properly and objectively assess what the problem with ACTA are?

Ironically, a priest from A&B diocese succinctly explains the main issue with ACTA when he asks:


'What makes me a Catholic?
It is surely that I adhere to the One, Holy, Catholic and Apostolic Faith; in short the faith handed on to, by and from the Apostles.'

What shocking hubris to consider that the Church founded by God has gone astray, and that you are the one who knows the direction it should take.

ACTA claims to exist in order to promote dialogue. The question begs to be asked, ‘dialogue with whom?’ I attempted to engage in dialogue on their forums in a respectful and honest manner and was blocked.

Don't take my word for it, review their website and promotional material for yourself. You will find that the forums for ‘dialogue and discussion’ consist of members of ACTA and no one else. I fail to see how the mission statement of ACTA is an accurate reflection of its objectives when it fails to embrace any aspect of healthy and open discussion or dialogue…namely respecting differing opinions and views. ACTA appear to be an arena for like-minded individuals to gather and condemn the Church, the Magisterium, the Holy Father, and anyone who may dare to disagree with ACTA’s outlook. Personally, I would have more respect for members of ACTA if they had the wisdom to achieve that which they set out to do, namely, to dialogue with those who have a different view than their own.

As faithful Catholics, we are called to pray for and love the members of ACTA. There is no doubt in my mind that the members of this group are well intentioned. This intention is however, misguided and manipulated by a select few with a darker agenda, namely, to lead people away from Christ and His Church. Ultimately, the crisis experienced by members of this group stems from a lack of understanding, a lack of formation, and a lack of good solid catechesis, all of which is increasingly vital for the new evangelisation. This ‘lack’ is something that we can all share some blame in because of our failure to place the right and proper importance on catechesis.

Many people I have discussed ACTA with are dismissive. They see them as the stalwart remnant of a vociferous liberal movement which has done an incredible amount of damage over the last forty years or so, but it now dying out. I would argue that Bishop Kieran's support shows us that if we think that is the case we need to wake up and take action! The last thing the Church needs today is a distorted, manipulated or watered down version of the Truth which is fuelled by a utilitarian, relativist, even hedonistic philosophy.


"The person who becomes a disciple of Christ has the right to receive 'the word of faith' not in mutilated, falsified or diminished form, but whole and entire in all its rigour and vigour.” (Catechesi Tradendae, 30).

I wrote a post back in December which identifies ACTA's errors and misleading ideas and addresses each one. If you want to know what they are really about, I urge you to read it. There is also an excellent report from Protect the Pope, which includes ACTA's own stated agenda. It is interesting to note their intention to focus specifically on dialogue at this juncture. They are fully aware that explicit reference to their true aims would ostracise them from the wider Church, and make any support from bishops or clergy tantamount to heresy. Shockingly, I have this in writing from ACTA members.

My concern over Bishop Kieran continues to grow. I have no compunction about shining light on my concerns as Bishop Kieran had no problem criticising Pope Benedict in The Times.

Bishop Kieran has questions to answer and continues to make mistakes on simple matters of doctrine. For example, his mistakes regarding the Sacrament of Reconciliation in a Pastoral Letter of May 2009, which, in November 2009, he was forced to clarify following a complaint to the Holy See. Further, he recently blatantly misled the faithful, misrepresenting the teaching of Humanae Vitae. He also displays a strange (i.e. incorrect) understanding of other Vatican II documents, as is reported here by CC Father, who has gone through some of the Bishop's comments on Sacrosanctum Concillium with a growing sense of dismay.

I studied theology for five years and have a degree as a result. I did not do this to further any career, as I run my own successful company, a job which I enjoy and gives me great satisfaction, I did it because I love my faith and wanted to be confident about what it is about. These years of study have given me a solid grounding that means when I read something that clearly deviates from Church teaching, I notice and I am concerned. What we are talking about here with the Bishop of Arundle and Brighton is a pastor who it seems is deliberately teaching material which is contrary to the deposit of faith, and supporting groups who openly dissent and who advertise an agenda to promote a relativist, temporal agenda. This Bishop is also the Catholic Bishop in charge of evangelisation and catechesis for England and Wales!

If you share my concerns about all this, please, write to Bishop Kieran and tell him you feel let down. Write to Archbishop Mennini, the Papal Nuncio and tell him about your concerns. Write to the CDF and tell them what's going on, because if Rome doesn't know, they can't do anything about it.

Here are some addresses:

Archbishop Mennini can be contacted through the Nunciature to Great Britain,
54 Parkside
Wimbledon
London SW19 5NE.

The Congregation for the Doctrine of the Faith
Piazza del S. Uffizio, 11, 00193 Roma, Italy