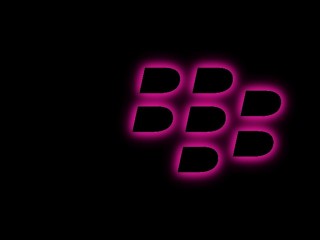 When Apple brought out the first iPhone, it was the first phone in a long while I actually wanted. As soon as it was launched, I bought an unlocked one from Ebay. This was about a year before they were available at all here, and I really liked it. It was beautiful, functional and, most importantly, exclusive.

Now of course, everyone has got one. That's not entirely the reason why I've changed though (although it is quite a big part of the reason if I am honest). I started to fall out of love with Apple when they introduced the 4s. There had been several annoying upgrades, which didn't seem to bring much benefit and I hadn't bothered with them. Then I ended up with a free upgrade and got a 4s. Siri was so irritating I very quickly lost patience. Whatever number of sophisticated and nuanced speech patterns it was programmed to deal with, Estuary English is clearly not one of them. Then iCloud came out. Suddenly, my thousands of contacts were merged with everyone else in my house (as everyone had an iPhone by that point). This was incredibly irritating. When they launched the 5, I had it. Different charging connector meant one of my favourite things about Apple, i.e. the way everything worked seamlessly with everything else, was now defunct. Also, any new product where the advert makes a great deal about the manufacturing process, speaks to me as a confidence trick. They're robbing you, because the feel and manufacture of the product should speak for itself, they shouldn't have to tell you they've chamfered the edges, or what tolerance the casing is made to. When my brother-in-law gave me a Galaxy S3 to try, I jumped at the chance, still unconvinced anything was going to live up to the quality of my iPhone, even with my issues. My brother-in-law however, had liked his so much, he had moved on the to Note.

It took a little while to get the hang of it as the operating system was a little different, but the issues were mainly about the direction you swiped your finger in and the use of the menu button and back button to close apps. Once I got use to it, I found this was much better than Apple's hold-down-until-the-running-apps-show-and-then-close-them-one-by-one-method. The best thing about the S3 is its size and shape for me. It is sleek and lightweight and fits into the breast pocket of a suit easily. The iPhone frankly feels like a brick in my pocket, and while the weight lends to a sense of manufacturing quality, it does make it feel a little ungainly. The screen on the S3 is also beautiful and makes pictures and multi-media a joy to view.

On the down side, I found the front facing buttons at the bottom irritating as it is near-on impossible to avoid touching them, especially when passing the phone on to someone else. The OS is a little clunky and can be slow. It lacks the finish of the Apple software. The back is plastic and this is a bit disappointing, although if it is the price I have to pay for the lightness I like, so be it. The only other issue is the battery life, which is awful. I felt like my iPhone was annoying having to charge it every night. As I'm sure you all know, if you are up and at 'em early and out until late, you iPhone juice will generally let you down. By comparison, I felt like the S3 had to be constantly plugged in, allowing only a short hop from one charging device to another, be it a dock on my desk, in-car charger, or plugged in at home.

Then we got a Blackberry Q10 in the office for a new starter. He couldn't get on with it, and it wouldn't connect to the Bluetooth on his car (frustratingly). After some mucking about, I simply (and somewhat reticently) swapped my S3 for his phone, just to get some peace!

We've always had Blackberries at work, I have always HATED them with a vengeance, although I know many business people swear by them. My co-director here, for example has always loved Blackberries, although he currently uses (and loathes) the iPhone 5 (I would not go there, the change in charging lead infuriated me!).

Sure enough I was pretty frustrated with this one initially, for the same reason as I was with the Samsung to be honest. The navigation did not seem logical and I could not work out how to get from where I was, to where I wanted to be. Then I read a quick guide...And it seemed so obvious I didn't know how I was ever confused in the first place. 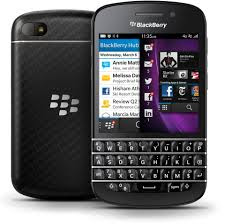 I absolutely love this phone! It is light, beautifully made, fits well into your hand and has a great tactile feel to it that means it doesn't slip off your wallet and onto the floor (as my S3 always did). The battery life is ENORMOUS compared with other smartphones. It has everything the other phones do, but its operating software is smooth and looks sharp. The physical keyboard doesn't bother me, but it is well made, and there's always the Z10 option if you want to go fully digital. The camera is amazing, and I feel saved with the contacts app, as it is really trying to collate all my info in one place, whereas with the other phones, I felt like they were doing their best to enter the same contact as many times as possible (more so with the iPhone than the Galaxy it has to be said).

The phone has this 'hub' feature where everything that's going on can be viewed and accessed at the swipe of a finger. When you've finished with an app you just swipe up to minimise and see what else is running and you can easily close and manage open apps. Text messaging is great and everything moves smoothly, much more smoothly than the S3. Like the S3, it feels very comfortable in a breast pocket, and because it is noticeably shorter, it also feels comfy in your front trouser pocket. It does the pinching thing to make stuff bigger, it changes view from vertical to horizontal seamlessly, and the screen is great for viewing multi-media and reading stuff.

Another massive difference is the battery life. I can't get over how much better the battery life is with the Q10, the phone will last a couple of days without a charge, no problem. It takes some getting used to after the juicy Apple and the S3 I can tell you. One of my favourite features is the bedside mode, which turns all the applications off and provides you with a cool red clock: 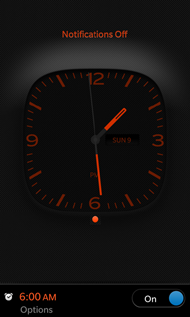 So anyway, whether you've never thought of owning a Blackberry before, or you used to have one and feel like you moved on to Samsung or iPhone, I would highly recommend giving the Q10 a go. It's the first phone since my iPhone 1 I have really liked and enjoyed carrying around, and there's still not many of them out there, so it's a little bit different. I like different!
Blackberry Q10 review iCloud iPhone Samsung Galaxy S3 review Siri