Fr. Kevin celebrates ten years as our Parish Priest at Our Lady of Lourdes and St. Joseph today. He has achieved much in that time and the Parish family wanted to thank him, so a few people were nominated to speak at each of the Masses. I drew the short straw for the 11:30 and this is a transcript of my speech: 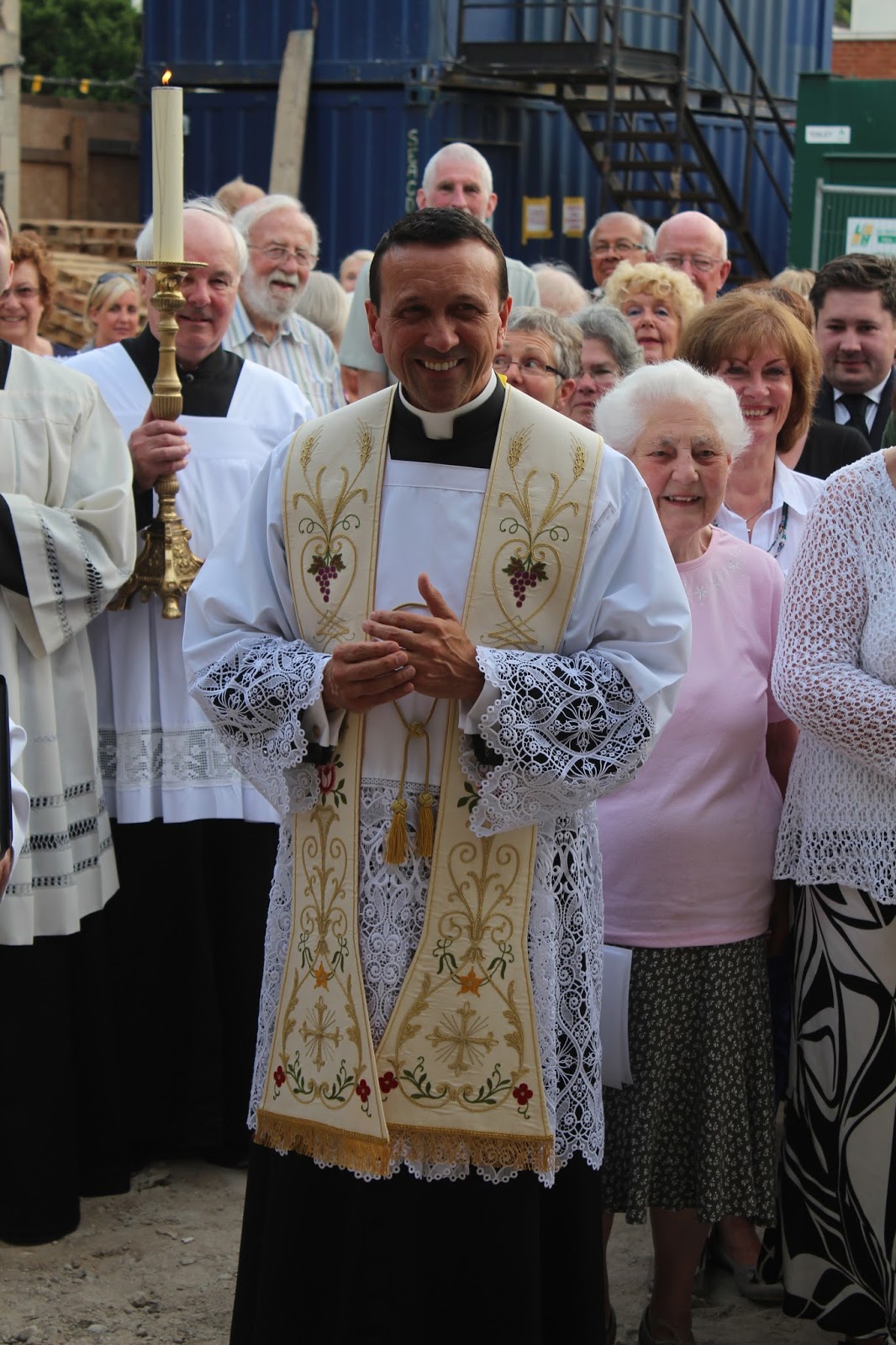 Ever since I was a boy, I recognised that there was something different and wonderful about priests. I knew that they had great responsibilities. I saw they were always there for the most important moments in life—Baptisms, weddings, funerals.

I also was in awe of their courage, because they were always there when someone was sick or dying. They never flinched, they always knew what to do.

I figured that priests were different because they were Jesus’ men: men set apart for the things of God. They always seemed to radiate joy in their service of the Church, even though I knew, because my mum was the priest’s housekeeper, that their lives were often not easy. But then Jesus’ life was not easy either.

I knew that their sacrifices were the stuff that made life worth living, just like Jesus. In short, I always saw the priests I knew as heroes.

Father Kevin must have had a similar experience to mine, because from a very young age, he decided he wanted to be one.

Pope John Paul II had a very simple definition of the priesthood. He taught his seminarians that, first and foremost a priest is — a man for others.

The priest is a provider, and what he provides is himself, body and soul. In the western Church, this self-giving is powerfully signified by priestly celibacy, a radical imitation of Christ.

Pope Paul VI said that the priest’s constant, undistracted, and undivided availability is a sign of his charity, which is drawn from God, and gives him a “limitless horizon” as it “deepens and gives breadth to his sense of responsibility.” This is fatherhood taken to a degree otherwise impossible. It is a grace.

I know how tirelessly he works, how much he truly gives of himself, because I have seen it up close, and it is impressive, even to someone like me who runs his own business. I know Father Kevin, and I know how he constantly puts us, the parish, before everything else.

I know the demands on his time, the pressures, and what has always amazed me is how much and how consistently he cares. How he is a man for others, interested in everyone, always asking about other people, always noticing the details.

When I was studying theology, Father Kevin took me under his wing and patiently read through my work, making suggestions, lending me books, helping me answer questions and always encouraging me.

Father Kevin has invested a great deal of effort to build us our wonderful new Church Hall, which will be of great benefit to our community and will be a lasting legacy for this Parish demonstrating our commitment to future generations. He has been typically fastidious in over-seeing every detail, and it is that attention to detail and care for quality that has resulted in a building that we can all be very proud of.

Most of all for me personally, Father Kevin was just incredible when Louise and I suffered our own personal tragedy. He was incredibly supportive, always ready to listen and certainly for myself, the person who more than anyone else, helped me to leave that dark place. I can’t explain how much he did for us, but perhaps if I said to you that he was just there...He just seemed to intuitively know when we really needed him the most, and he was unfailingly supportive and loving.

I know that I am not alone in that. I know many others he has walked with along similar paths.

Today I get to work with Father Kevin preparing our young people for Confirmation and I am always inspired by his personal prayerfulness, his love of Jesus & the sacraments, and his depth of knowledge about the Church. Since becoming regular members of the Parish Community here we have enjoyed a renewed love of liturgy. Indeed even before we came here, it was often mentioned to me how Father Kevin really knew how to do liturgy well. And he does, and because he does, I feel that my faith and the faith of my wife and my sons have flourished under his ministry.

I feel incredibly privileged to be a parishioner and to have a priest like Fr. Kevin Hale as my spiritual father, my pastor.

Finally, I think after ten years as our parish priest I worked out that Father Kevin’s somewhat Mediterranean perspective on our beloved faith trumps my somewhat dour and self-effacing Irish brand of Catholicism. Perhaps this was best summed up by Hilaire Belloc who famously wrote the lines:

In keeping with that sentiment, I thought it appropriate to tell you a little story you might find useful Father.

There once was a Jesuit seminarian who went to his superior and asked “Father is it a sin to drink while you're praying?". The wise old man fixed the seminarian with a steady gaze and answered

Thank you for being our priest Father Kevin and may God bless you and keep you always. 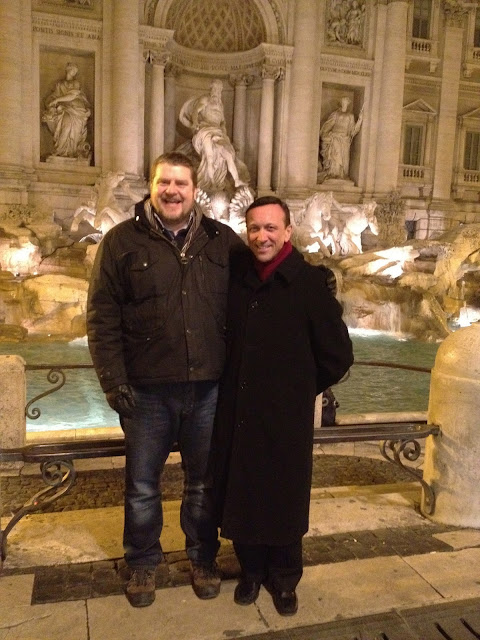