What a fascinating Gospel we had on Sunday. One of those parables that is really rather disconcerting. This is the text, in case you want to refresh you memory:


Then Jesus said to the disciples, “There was a rich man who had a manager, and charges were brought to him that this man was squandering his property. So he summoned him and said to him, ‘What is this that I hear about you? Give me an accounting of your management, because you cannot be my manager any longer.’ Then the manager said to himself, ‘What will I do, now that my master is taking the position away from me? I am not strong enough to dig, and I am ashamed to beg. I have decided what to do so that, when I am dismissed as manager, people may welcome me into their homes.' So, summoning his master’s debtors one by one, he asked the first, ‘How much do you owe my master?’ He answered, ‘A hundred jugs of olive oil.’ He said to him, ‘Take your bill, sit down quickly, and make it fifty.’ Then he asked another, ‘And how much do you owe?’ He replied, ‘A hundred containers of wheat.’ He said to him, ‘Take your bill and make it eighty.’ And his master commended the dishonest manager because he had acted shrewdly; for the children of this age are more shrewd in dealing with their own generation than are the children of light.

St. Gaudentius, Bishop of Brescia from 387 until 410, a great theologian and author of many letters and sermons, taught that the unrighteous steward signifies the devil, whose dominion over the world is nearing its end. Having wasted the Lord's goods by stripping us of divine grace and friendship, he now works anxiously to make friends by deception and empty promises of forgiveness. While his ardour and foresight are worthy of imitation, his wicked and dishonest tactics are not.

Perhaps the key is the masters reaction; he commends the steward for his shrewdness, despite having been cheated by the debt reduction. Of course the steward is motivated solely by selfish concern for his own temporal welfare, as his unjust strategy demonstrates. Jesus holds up the steward as an example of the way in which we must expend every effort in making use of our means to prepare for the future. Believers are thereby challenged to make friends by alms giving in order to be received into the "eternal homes" (16:9) even as the steward's cunning won him a comfortable living in the houses of his master's debtors. What an astonishing example of clear-sighted realism! Jesus provides us with a dispassionate and unsentimental look at position, power and responsibility in the world, with a realistic view of the role and use of money. It is not good, nor is it bad, in and of itself. What is important and determines any moral quality is how we use it. Jesus' further words put His teaching into precise terms: we must be in charge of power and possessions given to us, and not allow greed and selfishness to stand in the way of our witness to the Kingdom.

The warning Jesus gives us revolves around the steward as a characterisation of the Pharisaical attitude which seeks not eternal riches but the esteem of men and the temporal comforts of this world (16:13). We are admonished not to be slaves of materialism, but rather to use our money and position to do good in the world, as something given to help us spread the power of Jesus' reign.

Isn't this one of those incredibly consistent themes throughout the Bible, from its first pages to its last? We tend to grasp for the obvious things that satiate our immediate desires. We are temporal, we exist in time, and concern ourselves with a future which we in truth have no control over and which has yet to exist. We store up things in the hope that they will provide for a time yet to come, one we may never see. We do all these things whilst ignoring our spiritual health and when, ultimately, deep down inside, we know that happiness is not found in the piles of stuff you have hoarded. That is empty. It is in the love that you share; it is in the sacrifices you have made for the love of others. It is in the extent to which you have given your life as a gift for others. Our model in this is Christ, who emptied Himself of glory to become man, and gave Himself up to death in order to save each one of us. He did not deem equality with God something to be grasped, but "though He was in the form of God" (in forma Dei), as the true Son of God, He assumed a human nature deprived of glory, subject to suffering and death, in which He could live in obedience to the Father, even to the ultimate sacrifice.

In this context, His becoming like man involved a voluntary renunciation, which extended even to the privileges He could have enjoyed as man. He assumed "the form of a slave." He did not wish to belong to the powerful; he wished to be as one who serves. "The Son of Man did not come to be served but to serve" (Mk 10:45). This is the model we should all be striving to emulate. 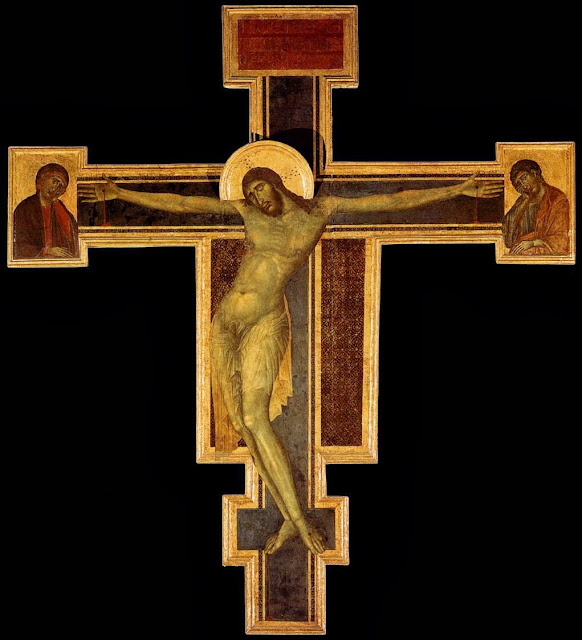