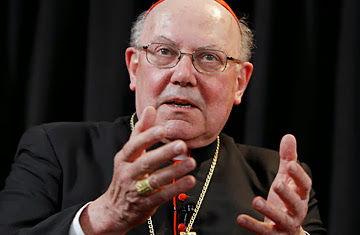 Fr. Tony Flannery, the self-styled 'nice-guy who has been badly treated by the meanies in Rome', has been demonstrably shown to be a liar as well as a heretic.

Renegade Redemptorist Flannery was one of a handful of priests who hit the headlines last year after being disciplined by Rome; Brian Darcy, whose ‘silencing’ was clearly nothing of the sort, was perhaps the most infamous of this batch, but Tony Flannery, as one of the founders and leaders of the Association of Catholic Priests, may be even more important, as The Thirsty Gargoyle detailed in January.

Now, in a wide-ranging interview with the Irish Catholic, Cardinal Lavada, former prefect of the Vatican’s CDF (Congregation for the Doctrine of the Faith) dismisses Flannery's claims that he was shouted down about married priests and conscience, and cites Flannery's blatant and published heresy as the reason the CDF were forced to intervene. 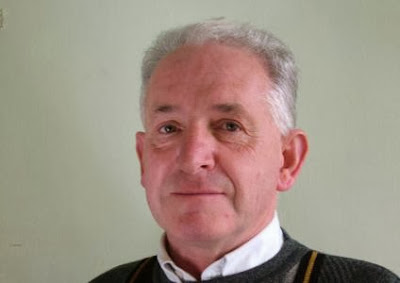 Flannery is well documented to hold positions completely at odds with the Catholic faith (let alone someone responsible for teaching it). In 2010, he wrote two articles in the Redemptorist Magazine amusingly called "Reality", revealing such oddities as:

“I no longer believe that the priesthood, as we currently have it in the Church, originated with Jesus."

Cardinal Lavada, one would think, is stating the obvious when he responds that "Priests can't just preach confusion." However this is the theology of the Decalogue, the Ten Commandments. God had to state the obvious and maybe the time has come, when ordained priests publicly spout heresy, that the Church needs to be ever-more explicit in its pronouncement of the fundamental truths of the faith.

Cardinal Lavada was responsible for leading an investigation which has seen Fr Flannery suspended from the exercise of his priesthood. He told Michael Kelly of The Irish Catholic that Fr Flannery “takes to the news a lot” despite which, the Cardinal, who, while retired as prefect, is still a member of the CDF, said

“I have never seen in any reports what the fundamental problem was that led to our intervention. He [Fr Flannery] likes to say ‘because I’m for married priests’. This is not the case: he wrote two articles in Reality magazine in which he questioned, undermined, the teaching of the Church on the Eucharist and on the priesthood. If you hold these positions you are formally in heresy [in the Catholic Church]. For Martin Luther, or the Protestant reformers, they were key issues and they denied these doctrines of the Church. Priests, religious and theologians - people who have been given a charge, people who have been given the work of speaking with the authority of the Church behind them - cannot simply come out and say ‘I don’t accept this’ or ‘I don’t like this’. They have a responsibility, otherwise they use their role to produce confusion and people may hear them preaching from the pulpit or read what they write about something that’s contrary to the Faith.

To me it seems crazy that you can have a person who claims to be part of an organisation whilst public stating he does not agree with the fundamental dogmas that make that organisation a reality. It is what worries me the most about the Church at the moment, especially in Ireland, where this sort of thing seems pretty much accepted as normal, even heroic, by some.

How can it achieve anything more than utterly confusing people, relativising the faith of the Church, making it impotent and pointless? The Church either speaks with authority, or She doesn't. If you agree She does, then surely it is far more useful to help build her up in humility, than to stand within her walls and do everything you can to drag her down?