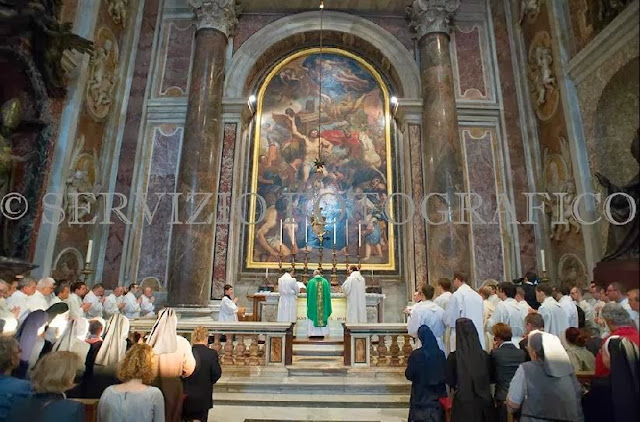 According to Rorate Caeli, Pope Francis said Mass ad orientem yesterday. Lots of people are reporting this because it is the way Mass was always said before the changes in the seventies. The Mass was at the tomb of Pope John Paul II, so some are saying that because the tomb is pushed against a wall and it's impossible to stand behind it, Francis had no choice. However, if it had mattered that much to him a makeshift versus populum table could have been easily arranged. So what does this mean?

Tim Stanley in the Telegraph seems to have it right I think:


"The likeliest interpretation of this isn't that Francis is a liturgical conservative but rather that he just doesn't care about the protocol sensitivities of either trads or liberals. We have a Pope who, for better and worse, isn't that bothered about liturgy and is far more focused on evangelism and charity. That's bad in the sense that it means traditionalists have lost a champion in the Vatican (Benedict was a fairly reliable friend) but good in the sense that the liturgy is likely to become de-politicised. Face the people, don't face the people – all that matters is doctrinal orthodoxy and conducting the Mass in the right spirit."

I remember an interview soon after Pope Francis was elected when one Cardinal, it could have been Pell, said that he would confound both liberals and conservative factions in the Church. He certainly seems to be living up to that prediction! Father Tim Finigan note that since Francis papacy began;


And the liturgy wars do seem to be calming down a bit, with people more willing to tolerate different practices that are legitimate according to the Church's law.

This can only be positive. The idea that Pope Francis is de-politicising the liturgy, focusing on doctrinal orthodoxy, evangelism, and charity fills me with joy and hope for the future mission of the Church. 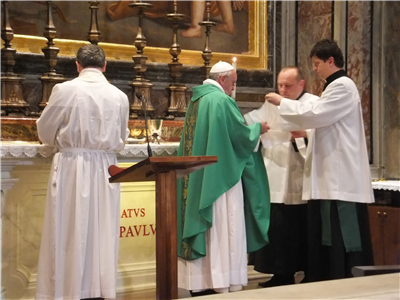