January 23, 2014
I've always been extremely sceptical about Medjugorje and what has gone on there. I have friends I really trust who reckon it is amazing, but what I have seen and read just doesn't add up when compared to my experiences of Fatima and Lourdes.

Earlier this week, Protect the Pope announced that Cardinal Vinko Puljic, Archbishop of Vrhbosna and a leading member of the International Commission on Medjugorje, has told a news outlet that Pope Francis will rule on Medjugorje this year. I forsee difficulties with this, because if they say it is fake, I would expect many devotees will continue to believe in it regardless. Those who do not think it is genuine will remain sceptical and will probably consider the CDF have fudged the issue in order to avoid upsetting anyone.

Marie Dean articulates my misgivings perfectly in this succinct post on her blog:

The so-called apparitions started in 1981. I honestly did not pay much attention to these and was not interested. By 1983, I was convinced of the falsity as a "gut reaction" and I began to read what I could find. In 1989, I read E. Michael Jones' book. I also looked at the original comments of the local bishops over the years.

I am personally convinced it is not of supernatural origin and have not been confused on this, but tried to be open. I have asked friends to convince me who have been there, and all I have received were emotional answers or answers based on experiences. I have tried to respect the enthusiasm of my friends who follow this, but I did not see these messages or apparitions leading to a deeper holiness or seeking of truth. Apparition followers bother me as those seeking the lowest level of comfort, rather than seeking perfection.

The daily messages are contrived and some contradict Catholic teaching.

The movements of the apparitions to other countries is showmanship.

The lives of the seers do not express the type of holiness and leaving of the world of previous seers. (A seer over a certain age in very tight jeans talking to a priest indicates a lack of respect for the priesthood, a respect which Our Lady would have communicated, if the visions were of Our Lady.)

Money has been made by close relatives of the seers, a real no-no.
Mary does not manipulate. Mary is Queen. Queens do not have to keep speaking. They say something, it is taken in and done by her slaves and subjects. Basta.
I believe it takes attention away from Fatima, which is the key apparition of our times.

Fruits do not make an apparition valid.
I have other reasons more specific for another time, and I shall abide by the decision of the Vatican, which I think will defer to the local bishops. However, we are under no obligation to believe in private revelations, even if approved.
Our Lady of Fatima, pray for us.


It's nice to know I'm not the only one who has these concerns! Fundamentally, who needs Medjugorje? Does it make a jot of difference to my faith? Would I not be Catholic if Medjugorje was not a place of pilgrimage? Of course not! So I am really not sure what it is all about. 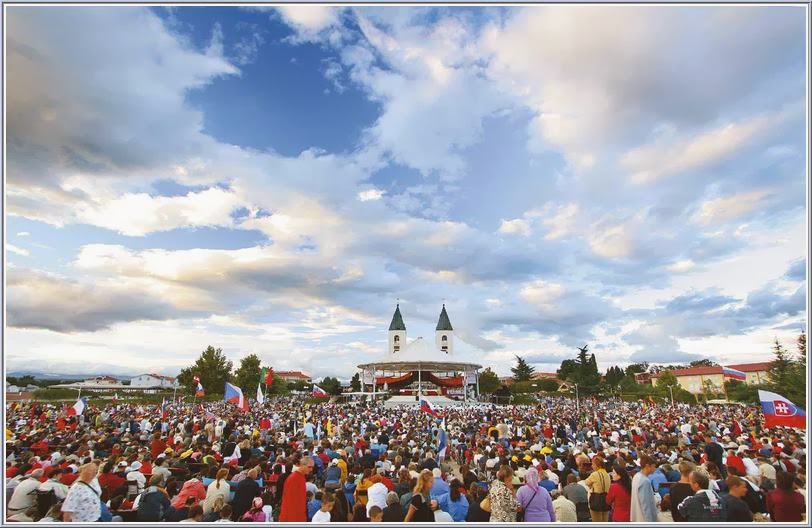