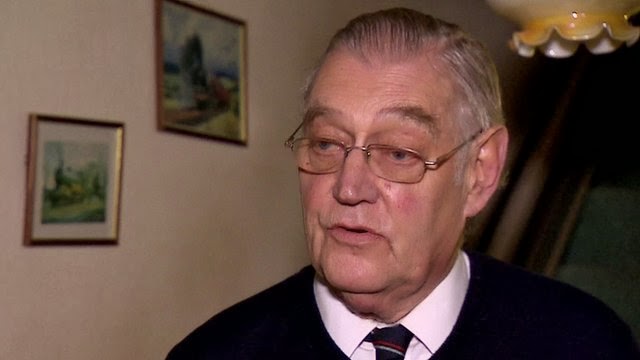 The UK Independence Party, or UKIP for short, have today suspended a Councillor, David Silvester, because he has suggested that the recent floods are a result of the country abandoning the Gospel (see story here). Specifically he cites gay marriage legislation as a cause for the recent spate of bad weather which has beset the country. He is quoted as saying:


"The scriptures make it abundantly clear that a Christian nation that abandons its faith and acts contrary to the Gospel (and in naked breach of a coronation oath) will be beset by natural disasters such as storms, disease, pestilence and war."

His position has been met with howls of derision and no small amount of gaffawing. The BBC can barely conceal their derision and are suggesting the Councillor's remarks are evidence that David Cameron's dismissal of UKIP as a "party of fruitcakes" was accurate after all. Today on BBC Radio 2, Jeremy Vine could not conceal his contempt for David Silvester's comments and seemed surprised that some people phoned in to his show to support Silvester's position.

Initially, it seemed that Silvester had said that the floods were a result of the flooding. This seemed a bit far fetched to me as well. But look at what he actually said. He said that a nation that abandons God will find itself abandoned.

It hit me that this is exactly what the Bible does teach. The Old Testament is a long story about the Jewish people and their covenantal relationship with God. Through many trials and tribulations, the story is basically that when the people are true to the covenant, everything goes well. When they grow over-confident in their own power, when everything is going well and they forget about God, then disaster inevitably strikes. The message is plain; keep your faith in God and honour His covenant, or don't moan when bad stuff happens.

More shocking then than David Silvester's comments to me, are Christian people like Jeremy Vine, and the Rev Colin Coward, from Anglican group Changing Attitude, who said:


"I don't know where David worships, but clearly it's in a sect, a church which is not mainstream in its Christian practice and teaching. It's just prejudice that he is justifying on the grounds of his particular brand of Christianity."

I don't know that David Silvester's comments were politically wise, and I'm wouldn't suggest anything as specific as that recent flooding has been caused by gay marriage legislation, but haven't we had enough of bland politics and people who hide what they truly think in order to gain our vote?
Watch the (pretty poor) interview here and see what you make of him. I have to say that I admire his sand, and have to say he is being true to his beliefs, which is more than a lot of people are today.

I'm sticking up for him, for freedom of religious thought, and in honour of the fact that at least he has some idea what Scripture is about. I think our country is in moral decline and I think it is being damaged by moving away from a morality informed by Gospel values. I think the attempted normalisation of homosexuality in our society through gay adoption and "marriage" is a part of that process. David Silvester is calling for us to return to a position of humility before God?

When the media reports something like this, sometimes I have to wonder if we Christians are too quick to jump on the band wagon of condemnation. Shouldn't we be backing the Bible?

I mean, I think it is easy to join in everyone laughing at him. Much harder to see that there is some value to what he is saying. I always admire Baptists for their courage in this regard.