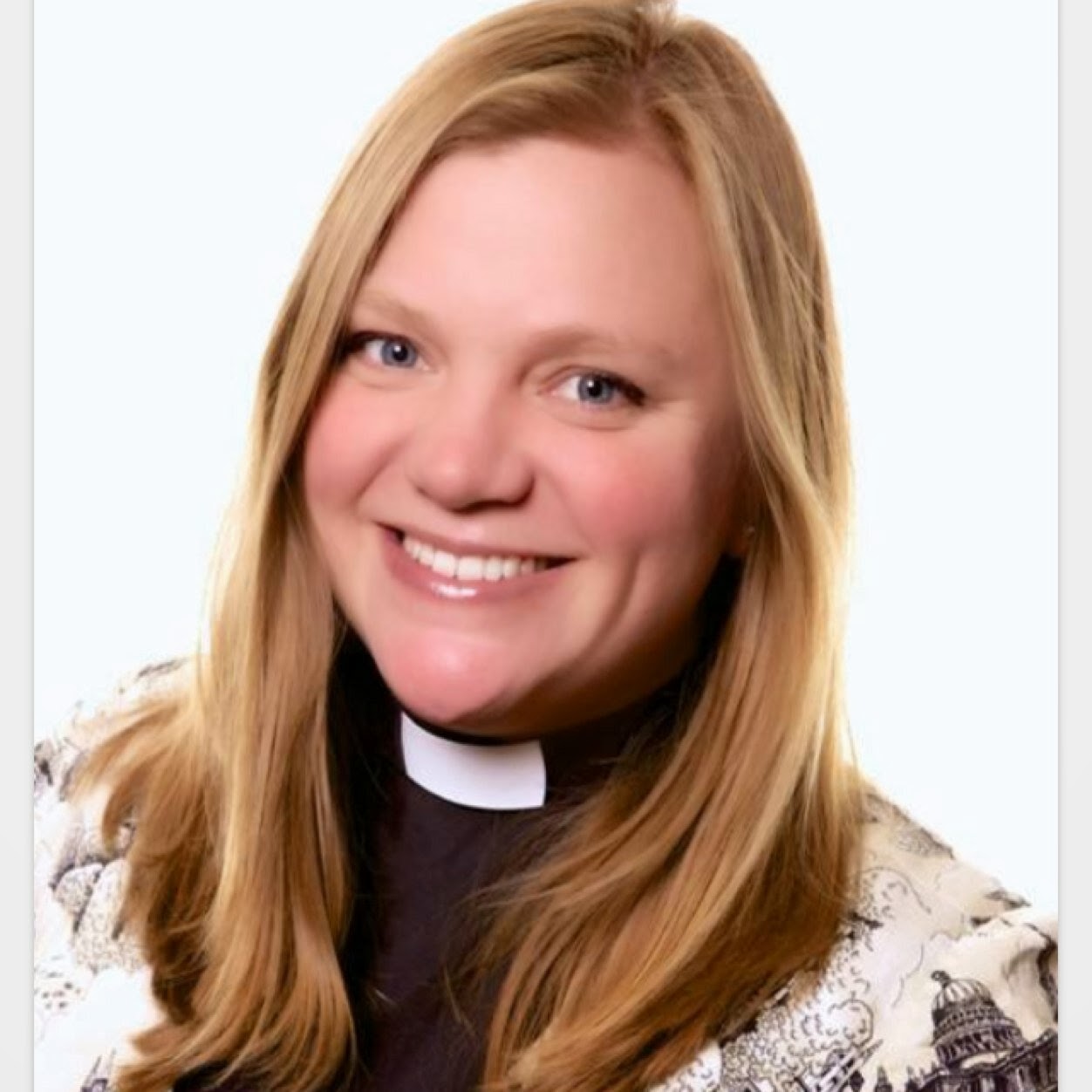 You may recall the antics of 'The Dancing Vicar' Rev Kate Bottley? It was one of those videos that flew around the internet here a while back. It was the sort of thing my wife loves, and I smile too...But I also felt VERY uncomfortable.

In this recently posted presentation from Premier TV's Christian New Media Conference back in November Kate talks about the media furore that surrounded her wedding dance video (I have tried to embed her speech below, but I'm not convinced it's worked, so I've added the original video as well for your information). The video went "viral" and can still be seen on Youtube. You'll smile, I'm sure you will!

I quite like Kate. She's been on TV a bit since this all happened and from what I have watched, she seems to have a genuine love of Christ and a desire to show that love to others. That's the best kind of churchy person, right? They don't judge, they'll agree to anything, they don't go on and on about all that uncomfortable "churchy" stuff. Gary and Tracy got married in the nice church building they wanted, and fair play to them for eventually getting married after nine years living together. (I wonder if they go to church now? I hope they do!).


The style is that of an old-school classroom, with seats or butt-numbing-pews facing the leader who stands at a podium. Even schools have (for the most part) abandoned this old classroom model in favour of something with a far more interactive seating plan, so this set up is increasingly alien to a new generation.

Looking at the thousands worshipping at Stonehenge, it was a far more open, collaborative approach to spirituality; way less old-school-classroom and much more "2.0". Colour, energy, creativity and celebration are words that sum up many of the images of the worshippers gathered around those vast stones. Not terms we often associate with solemn religious practice in church....

One thing is for sure - Rev Kate Bottley gives us hope that it's possible to snap a congregation out of their boredom by showing them spirituality doesn't always need to be solemn. It can be vibrant, creative and full of surprises. If the pews are going to have anyone left in them in fifty years, we need more like her; perhaps, I hope, we've just witnessed a female bishop in the making.

Female bishop eh? That'll be about right I reckon! It would certainly affirm the theological direction the Church of England continues to move in. Sadly, this direction is away from Rome, away from Orthodoxy, and away from unity. It makes it increasingly difficult for us to team up.

I also thought it was fairly typical of the philosophical direction of this type theology that Vicky draws a parallel with Paganism and Stonehenge in a sort of a "that's popular, so let's be more like that!" sort of a way that I find completely confounding to be honest. Are we seriously advocating the dumbing down of the Gospel message in order to "sell" it to the masses? What she seems to be saying in this article is that people are spiritual but put off by Christian teaching, which admonishes them to be moral and selfless. So, let's do away with the teaching, the didache, and just have the nice singing and being together stuff.

To say we've done that in the Catholic Church over the last forty years or so would be obtuse, but we have certainly tipped our hats to that sort of idea. The result has been devastating in terms of the assimilation of the faith by the laity, its propagation, and continuity.

The trouble for me is, what Kate has done with this "flash mob" is a perfect example of the relativisation of the Christian faith. It is a total capitulation to temporal secular culture; as she says herself, all we have to do is say "yes" to everything! This is justified in terms like meeting people where they are.


If you think about it, her whole soliloquy is about "self" and justifying what she did. There appears to be no humility in any of it, sadly. Similarly, it seems to me that there is no element of service; service to God, to Church, to the people she claims spiritual responsibility for as a vicar. Her actions have provided her with a certain notoriety she appears to revel in, whilst whining about those who criticise her public display: she "never gave it a thought". Interesting that in her revelation of those criticisms seems to be in an attempt to seek affirmation, whilst completely ignoring the pain she evidently caused many through what can only be described as a sacrilegious act which denigrated and trivialised the Sacred Sacrament of Marriage.

Who can she go to for affirmation? Secular society of course, those who have forgotten or never possessed any understanding of the gravity of the Sacrament, or the importance of the theology of the Temple where God dwells, and who see her crowd pleasing acquiescence to popular culture as "a bit of fun".

I see Kate's choice as a sincere effort to popularise and, therefore, spread the faith. I imagine it is an attempt to show that religious people are not out of touch, we can get down with the rest of the world, right? I suppose this is part of a movement within Christianity which is constantly trying to water down Revelation to suit the constantly fluctuating temporal mores of the day. In other words, it seems to me, it is an attempt to conform Christ's Body to the world, rather than live out Christ's command to us all to conform the world to Christ (cf. Mt 28:19).

What could be more of a capitulation to the world than to draw it into the timeless realm of Church where, I assume, she considers she offers the timeless sacrifice of the Mass? Is this the Church being salt and light to the world, or is it the world being salt and light to the Church? Changing Church to be "modern", so that secular culture sees itself reflected in the liturgy that goes on there. Do we think this capitulation to modern culture will serve to fill our pews? We will certainly have to do some more relativising to explain away the unbloody sacrifice of the Mass, our "mea culpa!" at the confiteour, our love of the ancient Bible.

I can't help but recall the Letter to Diognetes about Christians in the World:


[Christians]...live in the flesh, but they are not governed by the desires of the flesh. They pass their days upon earth, but they are citizens of heaven. Obedient to the laws, they yet live on a level that transcends the law. Christians love all men, but all men persecute them. Condemned because they are not understood, they are put to death, but raised to life again. They live in poverty, but enrich many; they are totally destitute, but possess an abundance of everything. They suffer dishonor, but that is their glory. They are defamed, but vindicated. A blessing is their answer to abuse, deference their response to insult. For the good they do they receive the punishment of malefactors, but even then they, rejoice, as though receiving the gift of life. They are attacked by the Jews as aliens, they are persecuted by the Greeks, yet no one can explain the reason for this hatred.

It strikes me as difficult to reconcile that heroic description of Christian life in the second and third centuries with Kate's "flash mob". The latter seeks to amalgamate the two somehow, to make it less of a challenge to be a follower of Christ.