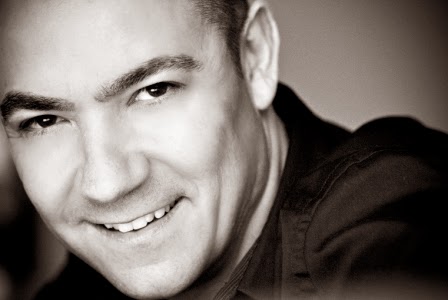 Anyone about my age will be familiar with the polished, glossy tones of Kenny Thomas, a multi-platinum selling artist who dominated the commercial, soul and album charts in the 90’s. What I didn't know was that he is a staunch, devout Catholic with a passion for personal holiness and a deep understanding of St. Thomas Aquinas!

Kenny was born in 1968, grew up on Hillside Estate in Stamford Hill and went to Cardinal Pole RC School in Hackney. He was a boxer and a BT technician before turning his hand to a singing career.

His breakthrough came in 1991 with his debut hit "Outstanding", a cover of a Gap Band song, which went to number 12 in the UK Singles Chart. Kenny’s debut album, “Voices”, went platinum in its first week and then went on to sell over double platinum in the UK alone, spawning 4 hit singles, including his biggest hit in the July "Thinking About Your Love", which peaked at number four and stayed on the chart for 13 weeks, and "Best Of You", which peaked at number 11 and was in the chart for 7 weeks. By the time he was 23 he had been nominated for 2 Brit Awards, shared the stage with such luminaries as Edwin Starr, Freddie Jackson, Kool & The Gang, Incognito, Mica Paris, Lalah Hathaway, and Lonnie Liston Smith and was a regular on TOTP.


Then, on the eve of the release of his third studio album he decided, in his own words “to get off of the commercial treadmill, take some time out to take stock and then eventually get back in the studio writing and recording songs for the subsequent albums Crazy World and Breathe"…”

On Sunday, Kenny was kind enough to give up an evening, drive to Leigh-on-Sea from North London, and spend an evening with St. Peter's Confirmandi, telling stories and sharing his faith. I was fortunate enough to be there and even managed to get a signed picture of the man himself!

The amazing thing for me was how Kenny rips through stereotypes. A typical North london lad, Kenny is an immediate presence and very quickly demonstrates a deep and thorough understanding of the faith. He explained how despite growing up in a vibrant, diverse, and often challenging environment, he found himself, at the age of about 14, seeking "the truth" after an encounter on holiday in Cornwall with a group of Jehovah's Witnesses. He is a voracious reader and devoured books, seeking the truth that these JW's had alluded to. Increasingly he found the satisfying answers he sought were most thoroughly expounded in the writings of the Church Fathers and the Saints, and helped by his parish priest, began to grow and develop the devotion he first learnt at his mother's knee.

It is fascinating how much I identified with his journey and especially the element which affirms that faith is first comprehended by the intellect. Like Kenny, I was not interested in Catholic, but in truth, and through a wide variety of different reading matter, reasoned my way home to the faith I had been gifted as a baby.

Kenny's story of the way his faith has led him safely through the maelstrom of the music business was absolutely fascinating. He recounted how many friends had rejected his truth and had suffered as a result of the paths they had taken. Similarly, although he had faced many adversities, including the death of his beloved mother, his faith and prayer was what had seen him through. Indeed, I felt that Kenny had fought some serious spiritual battles, which I am sure if I had another opportunity to discuss with him he would recount in great detail.

He did share some stories of occasions when he was challenged to put God and his faith before the media machine, and some really difficult positions he had been put in morally and had the courage to walk away from or cope with because of his strong relationship with Christ, always at his side to help and guide him.

We often hear of pop stars who betray their faith when they achieve success, the list is long: Miley Cyrus, Katy Perry, Britney Spears. It is rarer to find those who are able to navigate the treacherous sea of fame and wealth without being ship wrecked, but they do exist. Take U2's Bono for one example, and Kenny for another. I think their witness is all the stronger because of the increased levels of temptation and materialism they will have, no doubt, experienced. But we also see the phenomenon of many celebrities falling in with the most extreme ideologies: Kabalah, Scientology, etc. Some celebs just seem to be searching to fill that gap material things will never fill:

"You have made us for yourself, O Lord, and our heart is restless until it rests in you." ~ St. Augustine.

Kenny has a new project, The Thomas Brown Affair:


I don't know about you, but I think his voice has improved with age!

A big thank you to Kenny for sparing the time to come and speak to Eastwood's young people about their faith, and huge respect to Fr. Jeff Woolnough for organising what was an inspiring and extremely worthwhile evening!