March 21, 2014
Today brings the momentous news that the Dominican Bishop Malcolm McMahon, ninth bishop of Nottingham has been translated to Archbishop of Liverpool. This is great news and comes after much worry and speculation about who would actually get this important post.

Of course, here in Brentwood Diocese, where I am blogging from, we call him "the other bishop McMahon". 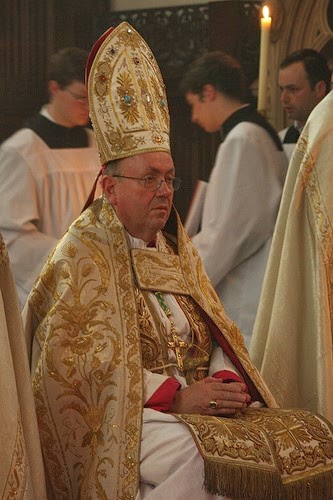 Malcolm McMahon was born in London, and studied mechanical engineering at the University of Manchester Institute of Science and Technology before working for London Transport. In 1976, he joined the Dominican Order. Making his religious profession in December 1977, Bishop McMahon studied philosophy at Blackfriars, Oxford and theology at Heythrop College. He was ordained to the priesthood by Cardinal Basil Hume on 26 June 1982. He served as chaplain of Leicester Polytechnic from 1984 to 1985.

On 7 November 2000, McMahon was appointed Bishop of Nottingham by Pope John Paul II. He received his episcopal consecration and ordination on the following the solemnity of the Immaculate Conception on 8th December 2000 from Bishop James McGuinness, in the Cathedral Church of St. Barnabas. 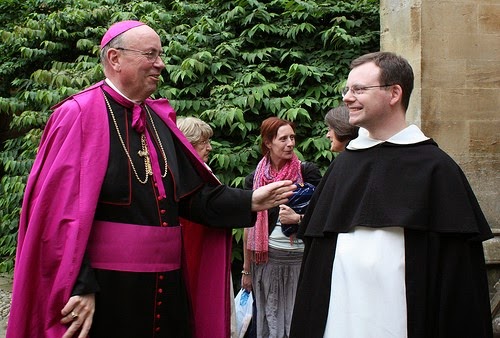 The great news is that Bishop McMahon has always upheld and promoted Catholic doctrine and encouraged the faithful and proper celebration of the sacred liturgy.

McMahon considers clerical celibacy as being a 'spiritual necessity'. In his pastoral letter for the Year of the Priest, Bishop McMahon said:


"Another aspect of priesthood that is often challenged is that of mandatory celibacy for our priests. Yet the celibate priesthood in the Roman Catholic Church has always been understood as a special gift that we should treasure. In our tradition, celibacy is not a mere external rule but a spiritual necessity."

He also supports the role of women in Catholic Church, but is against the ordination of women as priests:

"I look forward to the day when women play a greater role in ministry and take up more of a place in the Church, but not in sacred orders."


"In the Mass, the Church follows the words of Christ himself when the bread and wine are consecrated; it has not made up these words, neither does the Church consider that it has the authority to make such a change. In a similar way only men are ordained in the Church because to ordain women would be to devise something that Christ did not institute."

Bishop McMahon is an excellent appointment for the Archdiocese of Liverpool. A gifted communicator, intelligent, articulate, and humble, with a great sense of humour, Bishop McMahon is man of deep spirituality and prayer, wise, charitable, fair, but extremely firm when needed. Malcolm McMahon is the bishop that Liverpool desperately needs, in order to restore orthodoxy, promote the teaching of the faith in its fullness and restore hope to the hundreds of thousands of faithful Catholics who have suffered for so long.

I think it is important to note that Bishop McMahon is not part of what is widely known as "The Magic Circle", however there can be little doubt that Cardinal Nichols will have had input into this choice. This is good news indeed. Some people say that McMahon has a reputation of being something of a maverick in his own right, not simply following the flock with the less faithful bishops on the conference, and an ally and friend to Bishops Egan and Davies. McMahon has a great love and appreciation for the sacred liturgy celebrated with reverence and care, and regularly celebrates Mass in the Extraordinary Form, having celebrated pontifical high Mass on numerous occasions, for example, Solemn High Mass at the Leicester OP priory to mark his 10th year as a bishop, Pontifical Mass in Ratcliffe College, Pontifical Mass at Knights of Malta Chapel, and LMS Summer School at Merton College.

The CEW website reports Archbishop-Elect McMahon’s Mass of Installation as Archbishop of Liverpool will be celebrated at 12noon on Thursday 1 May 2014, the Feast of St Joseph the Worker, in the Metropolitan Cathedral of Christ the King, Liverpool.

Speaking at a press conference in the Metropolitan Cathedral Archbishop-Elect McMahon said:

"I am honoured and humbled to have been appointed by our Holy Father Pope Francis as Archbishop of Liverpool. I promise to do my best to repay the trust that he has placed in me, and which the priests and people of the Archdiocese of Liverpool are being asked to put in me from today.

"I would like to thank Archbishop Patrick Kelly for his many years of service in this Archdiocese, and Bishop Tom Williams, who has been Apostolic Administrator since Archbishop Kelly’s retirement last year.

"I am grateful to my family and friends, my Dominican brethren, and the priests and people of the Diocese of Nottingham for their support, guidance and friendship. I am naturally sorry to be leaving Nottingham, my home for the last thirteen years, and I will miss the people there; I hope that the prayers of my Diocese will come with me as I prepare to bid them a fond farewell shortly after Easter.

"The Archdiocese of Liverpool has a long and proud history, rich in the tradition of missionary discipleship. We just have to think of the many priests, deacons, religious and laypeople who have done so much to proclaim the Kingdom of God and who gave their lives in his service, and the Archdiocese’s parishes, churches and schools are living witnesses to God’s love for us. The rich and living Catholic heritage of the Archdiocese should inspire us and challenge us, and I know that I can rely on the prayers and support of the Catholic faithful as I take up the challenge which lies ahead of me.

"I am also looking forward to working with my fellow Christians from other Churches and communities, people from all religious traditions, and civic and political leaders, building up the good relationships which already exist between us, in our endeavour to serve the common good.

"From the day of my installation I will do my level best to lead, guide and serve the people of this great Archdiocese, in Liverpool, west Lancashire and the Isle of Man, Catholic and non-Catholic alike. There is much work to be done, because the challenges which we face as a community are real. But we are a people of hope; just as the Metropolitan Cathedral of Christ the King is visible for miles around, speaking to us of God’s presence in our midst, I pray that all of us in the Archdiocese of Liverpool will be living signs of God’s eternal love, proclaiming the Good News of Jesus Christ in all that we say and do.

"I ask for the prayers of our heavenly patrons, Our Blessed Lady Immaculate, Saint Joseph and Saint Kentigern, and the entire Catholic community as I begin my ministry as Archbishop of Liverpool, and I assure you of my prayers in return. Let us make the words of Pope John Paul II, spoken here in the Metropolitan Cathedral in 1982, our own: 'Send forth your Spirit, O Lord! Renew our hearts and minds with the gifts of light and truth. Renew our homes and families with the gifts of unity and joy. Renew our cities and our countries with true justice and lasting peace.'"

What is clear is that Liverpool now has a fair, but firm and faithful leader, who will foster and promote priestly and religious vocations, and rejuvenate and inspire the lay faithful and clergy of the Archdiocese to make it the beacon of Catholic orthodoxy it needs to be. Please join with me in thanking God for this appointment and praying with all our hearts for Archbishop-elect McMahon! 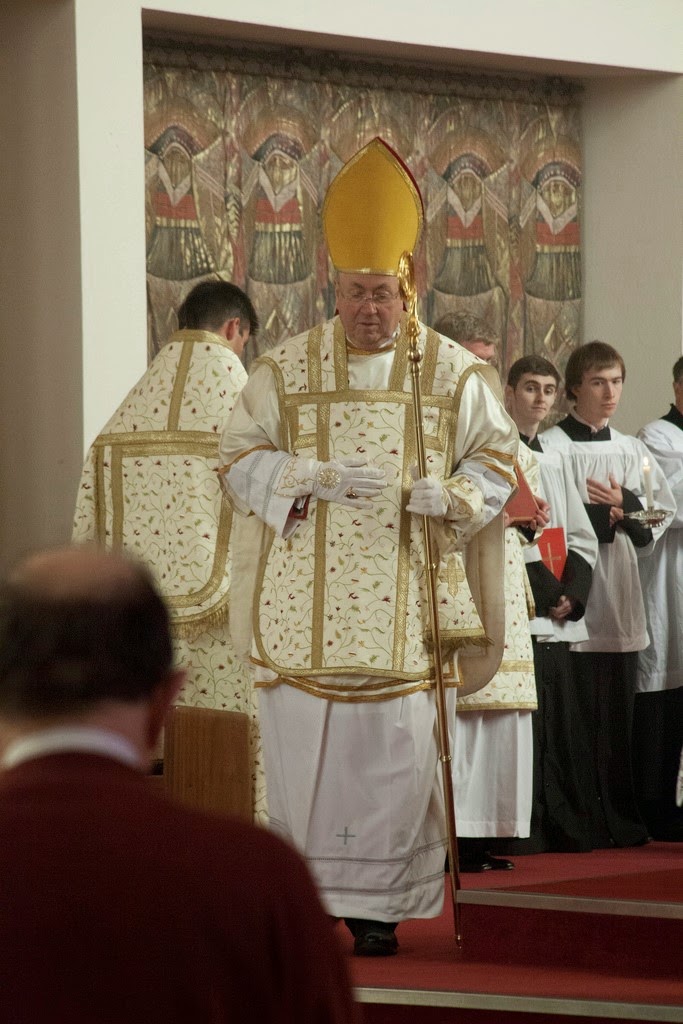