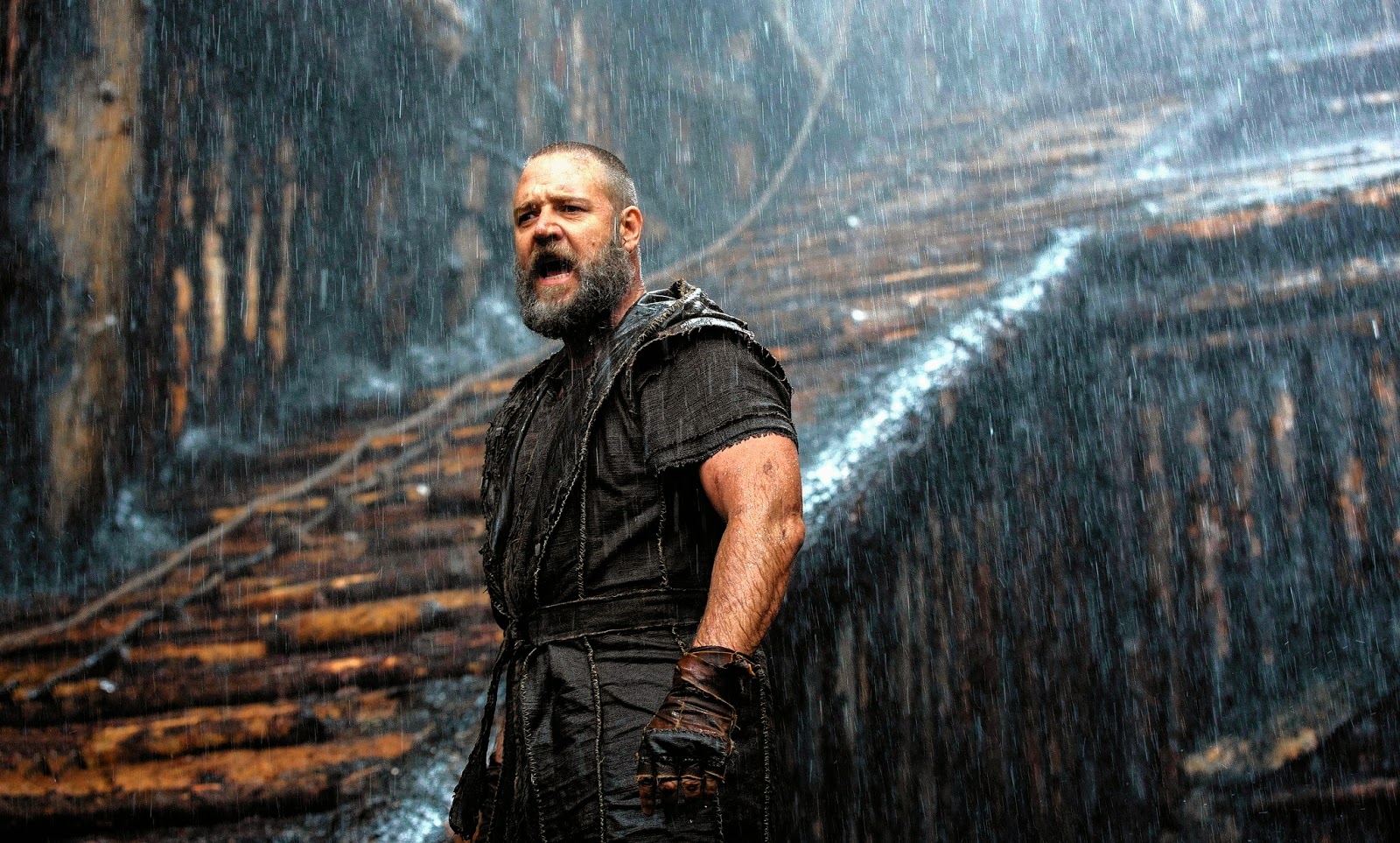 Great comment from Fr. Robert Barron on the Noah Movie. I think many of us have seen this as a lost opportunity. Certainly there has been lots of negative Christian comment out there. Truth is, we love the Bible and have invested time in understanding stories like the Noah epic. When you hear that a new film of a Biblical epic is coming out, your hope is that it does justice to the purpose of the story in the Bible, and that it reveals God's purpose faithfully. The reaction that I have read about this film is that it fails to do that, that it instead, has very little to do with the Bible story. Here's one meme a friend posted to make this clear: 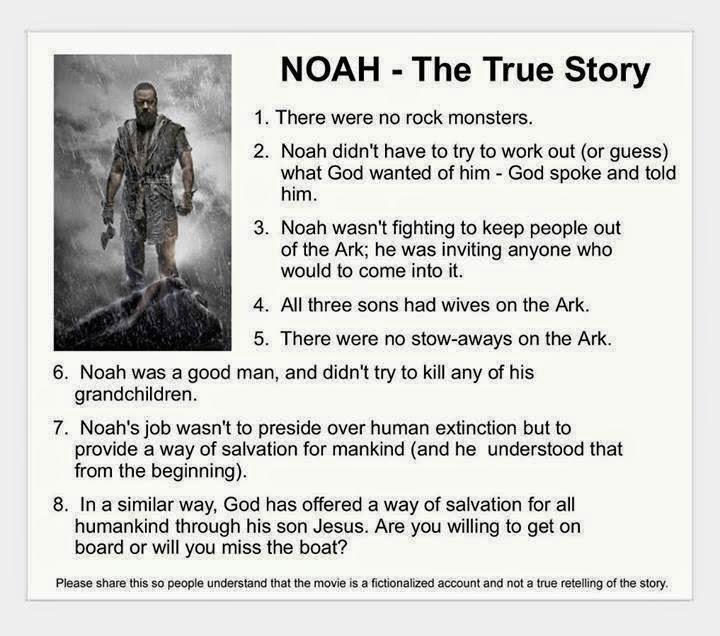 In his appraisal of the film, Fr. Barron suggests that the film is best understood in terms of a Midrash. A Jewish embellishment of the "bear-bones" of a Scripture text. More formally, one could say the Midrashim are the body of homiletic stories told by Jewish rabbinic sages to explain passages in the TaNaKh (for an explanation of this term, type it into the search bar on the top right of my blog). Midrash is a method of interpreting biblical stories that goes beyond simple distillation of religious, legal, or moral teachings. It fills in gaps left in the biblical narrative regarding events and personalities that are only hinted at.

He suggests that the rock monsters are in fact "the watchers" referred to in extra biblical sources; what Genesis refers to as Nephilim or "fallen ones" (Genesis 6:1–4, also mentioned in Numbers 13:32–33) the films brings these ideas together.

Fr. Robert points out that the film does affirm the reality of God and does not question it. He is real and He is personal. Similarly it asserts the Fall with some deeply Biblical themes.

Ultimately, Barron links the films climax with the sacrifice of Isaac, and sees the imagery of priest in the sensing of the animals to put them to sleep. He also sees the Ark as sent by God to save us in terms of the Barque of Peter (i.e. the Church).

Interesting reflections, please do listen for yourself!