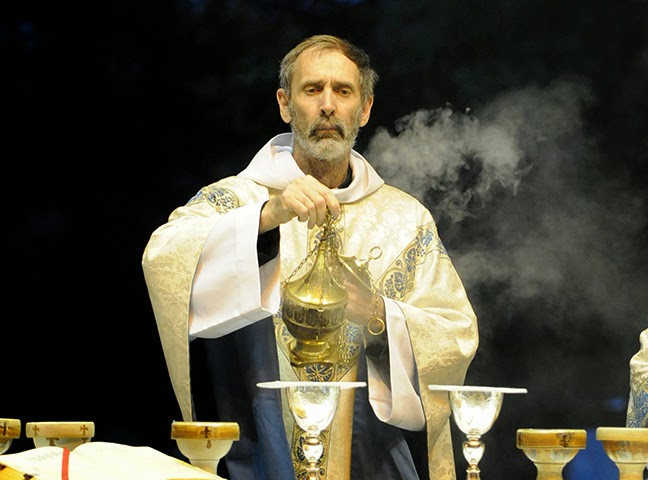 I am so excited this morning as after 34 years, and 1,000 days since Bishop McMahon offered his notice, our new bishop has just been announced! It is Fr. Alan Williams SM who is currently the director of the National Shrine of Our Lady at Walsingham. In this role he is well known to many as a holy man of great welcome and love. He has a special connection to our diocese already, as the diocese with the greatest number of members of the Ordinariate of Our Lady of Walsingham. He also, very kindly offered the Community of Our Lady of Walsingham, who reside at the Diocesan House of Prayer at Abbotswick, the use of the Slipper Chapel Cottage when it recently became vacant.

Anglican bishop Lindsay Urwin,  from the Shrine at Walsingham told me that Fr. Alan is a very prayerful man, "and modest. He has worked out what matters." As regular readers will note from my report on my recent visit to Walsingham, there is an ecumenical dimension to the shrine which will place bishop-elect Williams as eminently suitable to continue the work done in this regard by Bishop McMahon.

The SM stands for the Society of Mary. A religious order founded in Lyon, France in 1816. This is great news: he is a Marist, with special devotion to our Blessed Mother!

The Marists profess the three simple and perpetual vows of poverty, chastity, and obedience, as well as a spirit of special devotion to Mary, absolute loyalty to the Holy See, reverence for the hierarchy, and the love of the hidden life, conformably to their motto: Ignoti et quasi occulti in hoc mundo (see G. Goyau, "Le rôle de l'humilité dans la fondation d'un Ordre", Paris, 1910). The work of the order includes missions, both domestic and foreign; colleges for the education of youth, and, to a lesser degree, seminaries for the training of clerics.

Our new bishop's episcopal ordination will take place at Brentwood Cathedral on 1st July 2014 at 12 noon.

The announcement on the Catholic England & Wales website has the following information:

The bishop-elect was born in Oldham, Lancashire in 1951. He took final vows in the Society of Mary [Marist Fathers] in 1981 and was ordained priest in St Anne’s Whitechapel in 1983.

Father Alan holds degrees in theology, psychology and religious education [he is an MA and a Ph.D] and has served in a number of pastoral roles. He has worked as a teacher and chaplain in secondary schools. He also served as Catholic Chaplain at Sheffield Hallam University and taught Christian Spirituality at postgraduate level.

He is a former major superior of the Marist Fathers in England and has worked as a parish priest in the Archdiocese of Southwark. At Walsingham he has had overall responsibility for pilgrimage and retreat work. 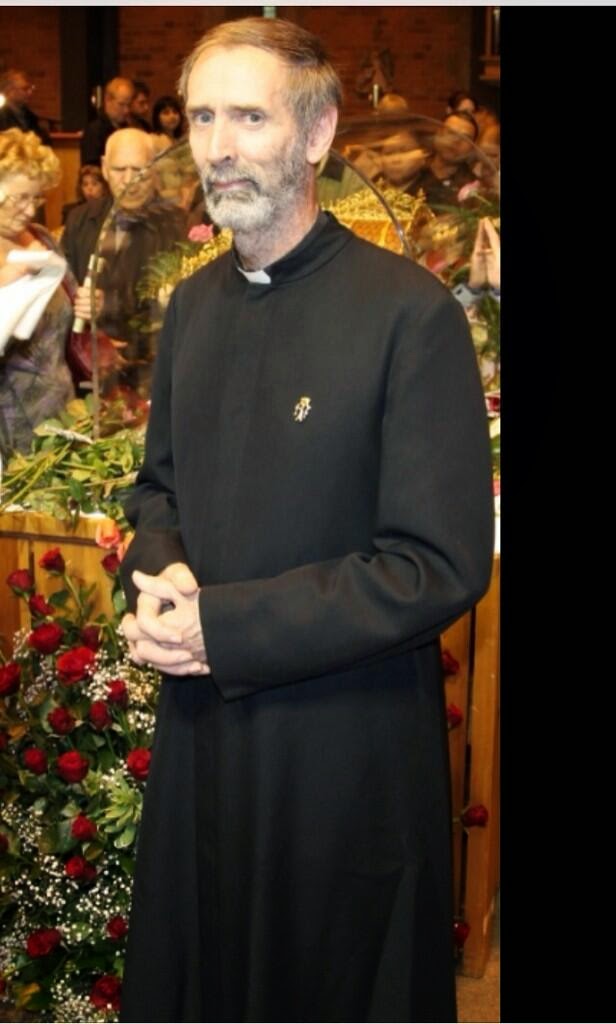 
“I am both surprised and humbled to have been appointed by Pope Francis as the new Bishop of Brentwood. There is indeed a God of surprises and in my life as a priest and religious I have learned to trust ever more in the grace of God for whatever task has been assigned to me.

“The Diocese of Brentwood embraces many and diverse communities in city and rural locations. I look forward to getting to know the people and clergy of the Diocese; I am aware that I will have a lot of learning and listening to do.

“Emeritus Pope Benedict encouraged Shrine Directors to have a special regard for those on the margins of the Church, ‘of weak ecclesial affiliation’. Great numbers of those on the margins make their way to England’s National Shrine at Walsingham. I believe that the pilgrim journey is an invitation to everyone; Pope Francis reminds us that those who accept the gospel are set free- ‘With Christ joy is constantly born anew’.

“There are many parishes, educational and other communities in Brentwood Diocese and my previous ministries as parish priest, teacher and school and university chaplain, have made me eager to share Christ’s joy with all whom I meet.

“I would like to pay tribute to my predecessor Bishop Thomas McMahon for his faithful and long service to the Diocese. I have worked in a number of different dioceses in England and I know that I can count on the generous support of the priests and deacons of Brentwood.

“I ask for your continued prayers as I undertake my new ministry. Over the years many pilgrims from Brentwood Diocese have made their way to Walsingham; my own pilgrimage now takes me to Brentwood under the patronage of Mary the mother of Jesus and all the saints of the Diocese.”


Outgoing Bishop Thomas McMahon said: “I have been hugely privileged to be Bishop of this diocese for 34 years and now it is time to look to the future.

“I very much welcome the appointment of Fr Alan Williams SM as my successor. Those who have met him in his role at Walsingham – including many from our diocese – have always been deeply impressed by the outstanding hospitality, thoughtfulness and care for pilgrims that he has shown there. He now brings these pastoral gifts – so important in today’s Church and especially under the present pontificate – to a new and wider role as our next Bishop.

“Part of his charism is that focus on mission which is particularly to do with the fields of evangelisation and education. His skills are wide-ranging: as a former Major Superior to the Marist Communities in Britain, he has leadership experience; he has the pastoral experience of working in a parish; and his work in education is particularly apt for a diocese with nearly 100 schools.”

This is a homily Fr. Alan gave last year:


I also want to take a moment to reflect and thank Bishop Thomas, who has been our Apostle for nearly 34 years and obviously, my bishop as a child and a man. 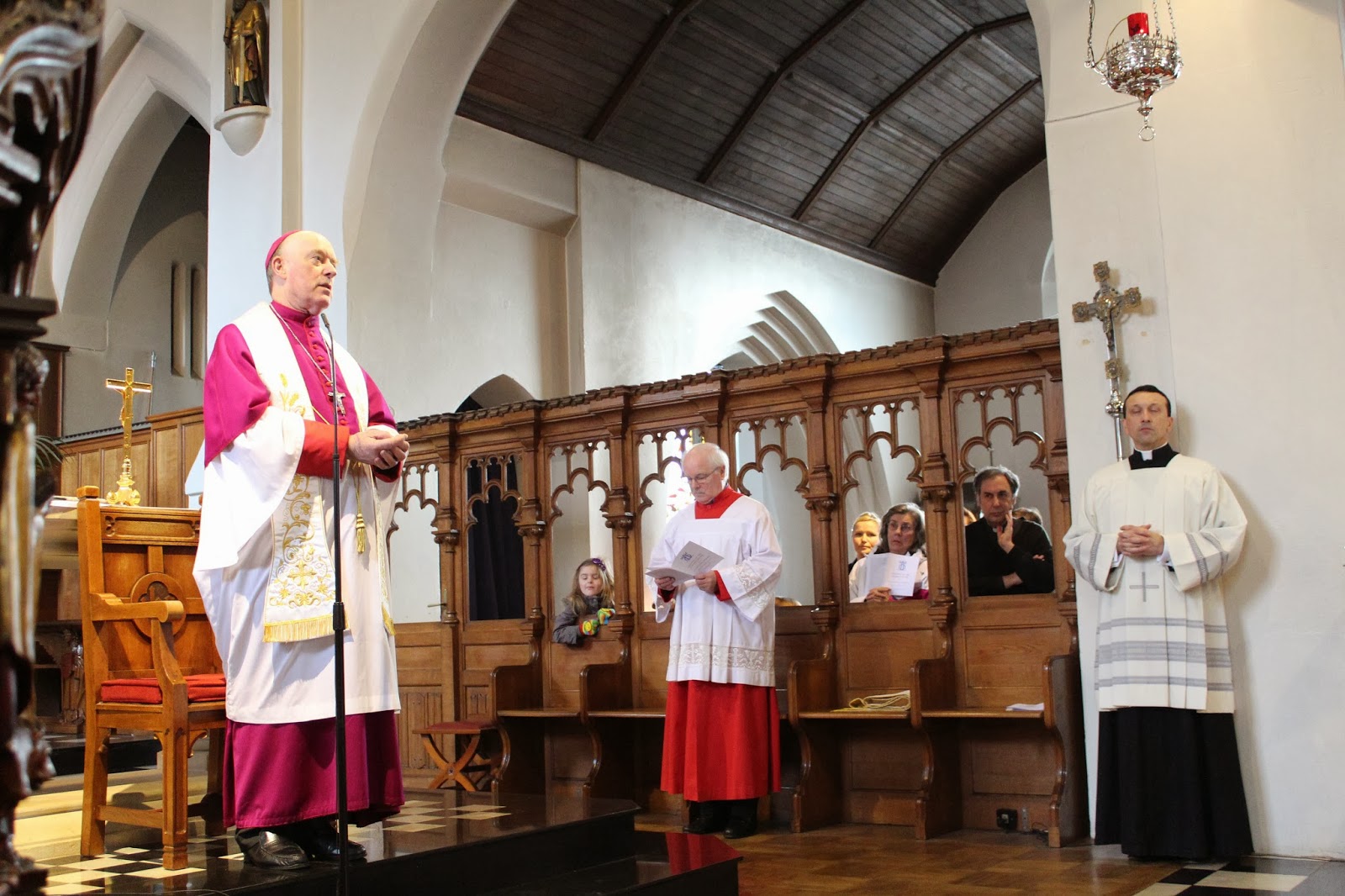 Bishop McMahon was born on 17th June 1936 in Dorking, Surrey and grew up in Old Harlow. He was educated at St. Bede’s Grammar School, Manchester, before training for the priesthood at St. Sulpice, Paris. He was ordained on 28th November 1959 at Wonersh, Surrey.

He was appointed an assistant priest in Colchester, where he served for five years. From 1964-1969 he was appointed to Westcliff-on-Sea, and then became parish priest of Stock (where he continues to live as parish priest). From 1972-1980 he served as Chaplain to Essex University. He was a member of the National Ecumenical Commission.

On 17th July 1980 Cardinal Basil Hume, OSB consecrated him Bishop of Brentwood. He has been a member of the International Commission for English in the Liturgy (representing the Bishops of England and Wales on the Episcopal Board) from 1983 to 2001.

As well as Liturgy, he is also very interested in Ecumenism and was Chairman of the Brentwood Diocesan Ecumenical Commission in 1979. Brentwood is the only diocese in the country with boundaries that are co-terminous to the Anglican Church and there is very close co-operation on both a personal and pastoral level between the two Bishops.

I have always found Bishop Thomas' homilies and letters to be very insightful and worthy of reflection. I served for him as a little boy at Holy Cross, South Ockendon. He presented me with my GCSE certificates at Campion School. I have worked for him on diocesan policy documents and as a school governor. Over the years, I have been able to recognise what a huge responsibility being a bishop is. You have the care of so many people—so many people look to you to get it right—and we all know you can't please all of the people all of the time. Bishop Thomas has done an amazingly complex job over many years and I thank him for everything he has done from the bottom of my heart and wish him a long and peaceful retirement.