Bishop Campbell Speaks Out Regarding Protect the Pope Blog 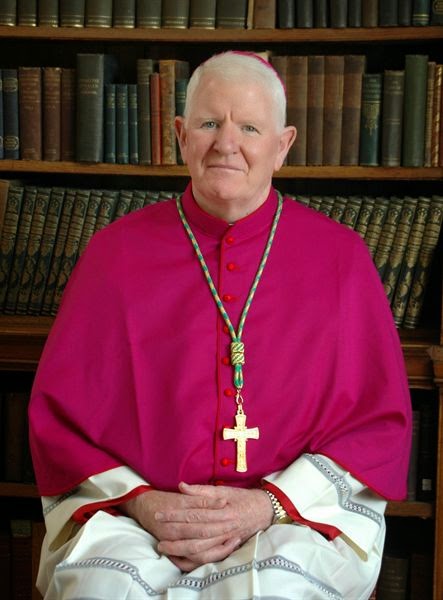 I am pleased that Bishop Campbell has broken his silence regarding the Protect the Pope blog. The situation as is has been rife with speculation and widely reported throughout the blogasphere, but also in the Catholic press. In a press release from the diocese today, Bishop Campbell states:

PRESS RELEASE FROM THE BISHOP OF LANCASTER

Bishop Campbell did not close down Protect the Pope

‘Back in 2010 Deacon Nick Donnelly set up the Protect the Pope website/blog, as a direct response to the campaign of hostility and ridicule from sections of the media and lobby groups against Pope (Emeritus) Benedict XVI’s historic visit to the UK in September of that year.

Protect the Pope was particularly successful at this time in articulating a strong defence of the Petrine Office, the Catholic Church, and its teachings against certain secularist and anti-Catholic activists. In the last couple of years, however, Protect the Pope appears to have shifted its objective from a defence of Church teaching from those outside the Church to alleged internal dissent within the Church. With this shift, Protect the Pope has come to see itself as a ‘doctrinal watchdog’ over the writings and sayings of individuals, that is, of bishops, clergy and theologians in England & Wales and throughout the Catholic world.

It is my view that bishops, priests and deacons of the Church – ordained and ‘public’ persons – are free to express themselves and their personal views, but never in a way that divides the community of the Church i.e. through ad hominem and personal challenges. Increasingly I have felt that Protect the Pope, authored as it is by a public person holding ecclesiastical office (an ordained deacon), has, at times, taken this approach its own posts - but has also allowed for this by facilitating those who comment online.

I note that Cardinal Timothy Dolan of New York, speaking at a media conference in Rome on 29 April, said:

“We adhere to the best and highest standards”—indicating that this doesn’t only pertain to the latest in technological advancements which are “critically important,” but also to “the way we use that technology,” because “how we say something is just as important as what we say.”

Cardinal Dolan also noted the importance of never caricaturing or stereotyping those who oppose the Magisterium. He exhorted that even when confronted with those who attempt to distort what the Church says, or who issue “mean, vicious, and outward attacks,” we must “always respond in charity and love.”

On several occasions, I asked Deacon Nick, through my staff, for Protect the Pope to continue its good work in promoting and teaching the Catholic Faith, but to be careful not to take on individuals in the Church of opposing views through ad hominem and personal challenges. Unfortunately, this was not taken on board. Consequently, as a last resort, on 3 March 2014 and in a personal meeting with Deacon Nick Donnelly, I requested, as his Diocesan Ordinary, that Deacon Nick ‘pause’ all posting on the Protect the Pope website so as to allow for a period of prayer and reflection upon his position as an ordained cleric with regards to Protect the Pope and his own duties towards unity, truth and charity. The fact that this decision and our personal dialogue was made public on the Protect the Pope site and then misinterpreted by third parties is a matter of great regret. In fact, new posts continued on the site after this date – the site being handed over and administered/moderated in this period by Deacon Nick’s wife Martina.

On 13 April 2014 Deacon Nick requested in writing that he be allowed to resume posting again from the date: Monday 21 April 2014. I did not accept this request as the period of discernment had not yet concluded. Again, the fact that this decision was forced, misinterpreted and then released publicly on the site – and miscommunicated by certain media outlets and blogs – claiming that I had effectively ‘closed’, ‘supressed’ or ‘gagged’ Protect the Pope was regrettable and does not represent the truth of this situation. To be clear: I have not closed down Protect the Pope.

I am certainly aware of the need of the Church and the Diocese of Lancaster to engage positively with the new media, social media, blogs, and the internet for the sake of spreading the Gospel to the people of our age. Indeed, our Diocese has a good track record of such engagement in reaching out to a much wider audience through our active use of the new communication technologies. I have a weekly blog myself.

I am, of course, also conscious, that no bishop can ever ‘close down’ or supress blogs and websites – such a claim would be absurd. Bishops can and must, however, be faithful to their apostolic duty to preserve the unity of the Church in the service of the Truth. They must ensure that ordained clergy under their care serve that unity in close communion with them and through the gift of their public office: preaching the Truth always - but always in love.’

There will be no further comment from the Diocese of Lancaster on this matter.
2 May 2014

It is clear that the Bishop is disappointed at the need for further clarification, but ultimately felt it was necessary due to the amount of interest in developments. I am very glad he has sought to put an end to speculation with this clarification on the matter, it's what we need and allows us to feel the bishop is in charge and is acting with good reason.

I suppose now the comments will split into two camps. Those who feel that Protect the Pope had a charge to answer, and those who don't.

I have to say I find it interesting that the bishop acted exactly as I suggested any good leader should in my post yesterday, insofar as he spoke about his concerns with Nick and offered him a way out, by redirecting the focus of his attention to defence of the faith and avoiding ad hominem and personal challenges. Obviously it's up to Nick whether he felt he could do this or not, but it seems very reasonable to me.

Interestingly, it is a conversation I have had when discussing the value and purpose of this blog with various friends and confidents. I don't always manage to avoid hi-lighting matters of extreme anti-Catholic action from within the Church, but I do try and examine my actions in the context of their charity.


...an attempt at general censorship without clear limits is bound to fail, more so than ever with the rise of social media. To prevent someone from influencing others by comments that are found inconvenient or irritating, you must not only tell him to stop posting on his blog, but also tell him not to start another blog, to close down his Twitter and Facebook accounts, suspend his email account and send to a recycling facility or charitable institution his computer, his tablet, and any mobile telephone made since the mid-1990s.

In fact it is clear that Bishop Michael has done his level best to handle this with diplomacy and dignity and his hand has been forced—largely by Deacon Nick—into making this statement.

I hope that this will be an end to it now!