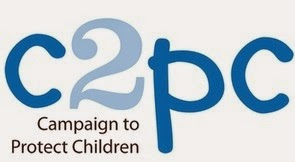 A NATIONWIDE PETITION calling on the government to uphold the right of parents to withdraw their children from sex education in schools was launched on 30th April at the Emmanuel Centre in London.

The petition to Education Secretary, Michael Gove, was launched by C2PC, the Campaign to Protect Children, at its 'Stolen Childhood Conference'. The conference examined, from a range of perspectives, the dangers to which our children are being increasingly exposed, and the reasons for this, with strategic action and change proposals at both government and family level.


The petition asks the Government to resist the aims of pressure groups to make sex education compulsory with increasingly explicit material introduced to primary school children.

'We very much support this petition which seeks to prevent schools undermining the authority of parents to protect their children from unacceptable, explicit sex education which is damaging to the natural development of young minds and promotes premature sexual activity among secondary school children,' says Andrea Williams of Christian Concern.