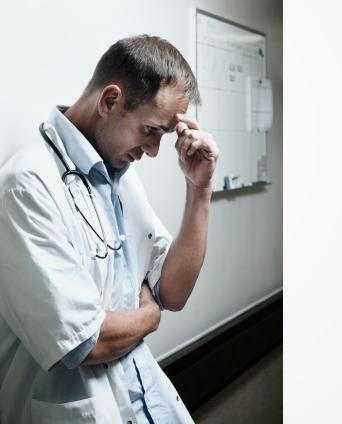 Here's a true story that a member posted on our Facebook Catholic's page, requesting prayers for a particularly difficult situation that has arisen in his life. I think it demonstrates how messed up our society is regarding right and wrong and what's best for any individual. It is reproduced here with permission:

I'd like to bring a quasi-personal matter to the group and ask for prayers, please.
My wife and I are friends with a young woman, now in her mid 30s, who is nominally Catholic. I'll call her Anna, but it's nothing like her real name. Anna was born with cerebral palsy, caused by a drunk driver who hit the bus queue that her mother was standing in when she was six months pregnant. Anna is hemiplegic and part of the right side of her brain is missing.

A couple of years later, her mother gave birth to twin girls,who contracted meningitis at the age of six months. One died and the other has been left with severe learning difficulties, as well as a life-long physical deformity that could kill her at any time.

Anna's father died of an alcohol-related heart attack when she was 15, leaving her mother with two disabled daughters to bring up.

Anna's intellect has not been affected. She has been awarded both a Bachelor's and a Master's degree in psychology by major English universities. But her emotional age is not much beyond the pre-teen in many respects.

On top of all that, Anna is physically petite, her growth having been stunted by the CP. She has osteoporosis and developed colitis 2 or 3 years ago.

Unlike some people with disabilities, Anna has not been graced with compensating qualities. She is very self-centred, self-pitying and depressive. She has no close relationships
Anna has got it into her head that she wants to have a baby. As a man, I can't begin to feel what a woman feels when her biological clock is ticking, but my wife and I are horrified at the thought of this young woman, who can't even look after herself properly, taking on responsibility for another, helpless, human being. She is so helpless at home that she still goes round to her mother'sfor most of her meals and relies on others to clean her house.

Anna has applied for IVF - artificial insemination treatment. We had been hoping that, somewhere along the line, one of her medical advisors would see sense and say "No". But, apart from her GP (who apparently has no real say in the matter) all her specialists (and she has plenty of those for her various conditions) have given it the go-ahead.

The final straw has come from her gynaecologist. There is a history of twins in Anna's family. Apparently, this means that there is a strong chance that she will conceive more than one child. The gynaecologist wants her to go to full term and to give birth naturally instead of by C-section. However, because Anna is so small, she could not carry and bear more than one baby. Therefore, he is euphemistically talking of "foetal reduction".

We feel sick and lost, facing the situation where our friend, who will never be able to cope with a child on her own and may well be at great physical risk in carrying and bearing a child, is being encouraged by NHS professionals to become a single mother and to have an abortion if she conceives too many children in the artificial process.

This is equal rights gone mad. I can't help but think that Satan is at work here and that the only way to reverse the decisions now is by supernatural means.

So, please pray for Anna, that God's will may be done in her life.