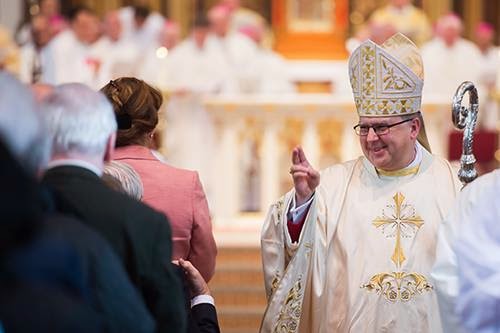 Today at 11am, Father Robert Byrne, a close friend of my close friend and Parish Priest, will be ordained Auxiliary Bishop of Birmingham. Watch the Episcopal Ordination here.

Father Kevin referred to this important event in his homily on Sunday, saying:


On Tuesday one of my oldest friends is going to be consecrated a Bishop; he will become the new Auxiliary in Birmingham. I am sure it will be a moment full of rather mixed emotions: we’ve know each other since we were students and seeing someone who is close to you being given the dignity of an Apostle is something that doesn’t happen everyday.  He explained to me how he was called see the Papal Nuncio in London who read him a letter from the Holy Father appointing him; and he said in a few minutes my life had changed dramatically.

You might think being made a Bishop is something someone might aspire to or desire; it obviously isn’t something you apply for! To fulfil the role of an Apostle, is to accept modelling yourself on Christ the Good Shepherd, to have the unconditional care and concern for the flock that is entrusted to you. A priest in a Parish also has this responsibility, on a smaller scale.

Please pray for Fr Robert as he prepares for his episcopal ordination. He will be the first Oratorian bishop appointed in England since 1874, when Fr Edward Bagshawe of the London Oratory became Bishop of Nottingham. He will be an excellent bishop and as he receives his cross, we should all be aware of the enormous challenge he accepts and offer our prayers and support for his apostolic ministry.

I have a couple of pictures from the preliminaries which took place at the Birmingham Oratory last night for you to enjoy. Father Robert made the oaths publicly and the wording is very powerful, pray that all our bishops adhere to them! 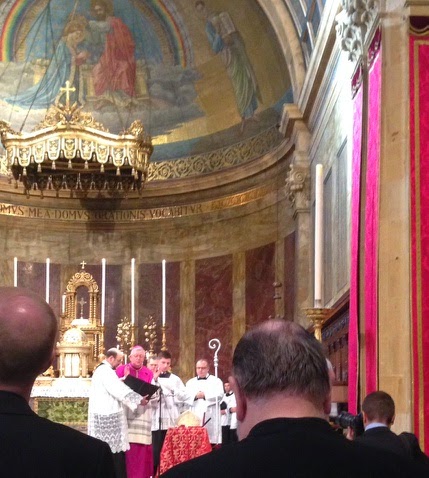 Over at The Sensible Bond, Ches blogs about his attendance at the Oratory and comments:


In the course of his sermon Archbishop Longley remarked that the election of Fr Byrne to the episcopate was surely one of the blessings obtained for the diocese through the intercession of Blessed John Henry Newman who made the Oratorian foundation in Birmimgham. Fr Byrne began his Oratorian vocation here in Birmimgham before going on to help found the Oxford Oratory. Also of interest was the Archbishop's observation that he had made his first visit to Fatima last year and prayed for an auxiliary for the diocese (they had been waiting two or three years, I think). Yet when Fr Byrne was named as the auxiliary bishop elect, it was he who suggested the episcopal consecration take place on 13 May, the memorial of Our Lady of Fatima. Surely, said the Archbishop, this was a direct answer to prayer.

After the profession of faith and the oath, Archbishop Longley blessed the bishop-elect's new mitre, crozier and ring. This ceremony was followed by Pontifical Benediction of the Blessed Sacrament. They do things 'proper like' at Birmingham Oratory.

There seemed to be a great spirit of joy about the proceedings, as befits an Oratory. If only the joy of St Philip Neri, the Oratorians' founder, was better known. And, while I understand the profession and oath are normally done in private before the episcopal ordination, it was very impressive to hear it done in a large church before such an attentive congregation: a profession of faith in the Church and an oath of allegiance and obedience to the Holy See and the Supreme Pontiff. 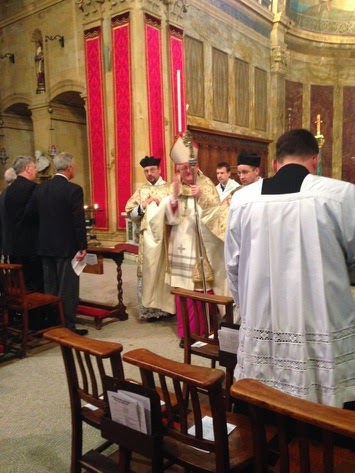 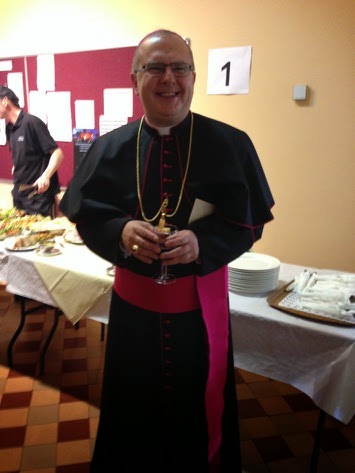