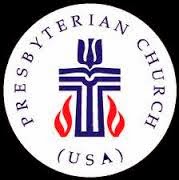 abc news reports today that The top legislative body of the Presbyterian Church in the U.S.A. voted by large margins yesterday to recognise same-sex marriage as Christian in the church constitution, adding language that marriage can be the union of "two people," not just "a man and a woman."

In a stunning break with more than 2,000 years of Christian Tradition, the amendment approved by the Presbyterian General Assembly requires approval from a majority of the 172 regional presbyteries, which will vote on the change over the next year. But in a separate policy change that takes effect at the end of this week's meeting, delegates voted to allow ministers to preside at gay weddings in states where the unions are legal and local congregational leaders approve. Nineteen states and the District of Columbia recognise same-sex marriage.

The votes, during a national meeting in Detroit, were a sweeping victory for Presbyterian gay-rights advocates. The denomination in 2011 eliminated barriers to ordaining clergy with same-sex partners, but ministers were still barred from celebrating gay marriages and risked church penalties for doing so. Alex McNeill, executive director of More Light Presbyterians, a gay advocacy group, said the decisions Thursday were "an answer to many prayers."

Bill Norton, of the Presbytery de Cristo, which covers parts of Arizona and New Mexico, urged the assembly to delay any changes. "We are laying hands on something that is holy, that God has given us, so we need to be sure any changes we make are in accord with God's will revealed in Scripture," Norton said.

Sorry Bill, but that really doesn't seem to be much of a priority for the majority of Presbyterian's who are determined to simply change the Church to conform with temporal fashion, irrespective of the truth.

Although the particular inclination of the homosexual person is not a sin, it is a more or less strong tendency ordered toward an intrinsic moral evil; and thus the inclination itself must be seen as an objective disorder.


Therefore special concern and pastoral attention should be directed toward those who have this condition, lest they be led to believe that the living out of this orientation in homosexual activity is a morally acceptable option. It is not. (See CDF Letter on the Pastoral Care of Homosexual Persons n. 3.)

The Catholic Church, the Mother Church, the Bride of Christ, treats this issue with great compassion, yet such compassion directs it to speak the truth about the issue. The Biblical issue is unequivocal, though recent attempts have been made to re-read certain Biblical passages as neutral towards homosexuality. The CDF explains the Biblical dimension clearly:

It is quite true that the Biblical literature owes to the different epochs in which it was written a good deal of its varied patterns of thought and expression (Dei Verbum 12). The Church today addresses the Gospel to a world which differs in many ways from ancient days. But the world in which the New Testament was written was already quite diverse from the situation in which the Sacred Scriptures of the Hebrew People had been written or compiled, for example.

What should be noticed is that, in the presence of such remarkable diversity, there is nevertheless a clear consistency within the Scriptures themselves on the moral issue of homosexual behaviour. The Church's doctrine regarding this issue is thus based, not on isolated phrases for facile theological argument, but on the solid foundation of a constant Biblical testimony. The community of faith today, in unbroken continuity with the Jewish and Christian communities within which the ancient Scriptures were written, continues to be nourished by those same Scriptures and by the Spirit of Truth whose Word they are. It is likewise essential to recognize that the Scriptures are not properly understood when they are interpreted in a way which contradicts the Church's living Tradition. To be correct, the interpretation of Scripture must be in substantial accord with that Tradition.

The Vatican Council II in Dei Verbum 10, put it this way: "It is clear, therefore, that in the supremely wise arrangement of God, sacred Tradition, sacred Scripture, and the Magisterium of the Church are so connected and associated that one of them cannot stand without the others. Working together, each in its own way under the action of the one Holy Spirit, they all contribute effectively to the salvation of souls". In that spirit we wish to outline briefly the Biblical teaching here.

Providing a basic plan for understanding this entire discussion of homosexuality is the theology of creation we find in Genesis. God, in his infinite wisdom and love, brings into existence all of reality as a reflection of his goodness. He fashions mankind, male and female, in his own image and likeness. Human beings, therefore, are nothing less than the work of God himself; and in the complementarity of the sexes, they are called to reflect the inner unity of the Creator. They do this in a striking way in their cooperation with him in the transmission of life by a mutual donation of the self to the other.

In Genesis 3, we find that this truth about persons being an image of God has been obscured by original sin. There inevitably follows a loss of awareness of the covenantal character of the union these persons had with God and with each other. The human body retains its "spousal significance" but this is now clouded by sin. Thus, in Genesis 19:1-11, the deterioration due to sin continues in the story of the men of Sodom. There can be no doubt of the moral judgement made there against homosexual relations. In Leviticus 18:22 and 20:13, in the course of describing the conditions necessary for belonging to the Chosen People, the author excludes from the People of God those who behave in a homosexual fashion.

Against the background of this exposition of theocratic law, an eschatological perspective is developed by St. Paul when, in I Cor 6:9, he proposes the same doctrine and lists those who behave in a homosexual fashion among those who shall not enter the Kingdom of God.
In Romans 1:18-32, still building on the moral traditions of his forebears, but in the new context of the confrontation between Christianity and the pagan society of his day, Paul uses homosexual behaviour as an example of the blindness which has overcome humankind. Instead of the original harmony between Creator and creatures, the acute distortion of idolatry has led to all kinds of moral excess. Paul is at a loss to find a clearer example of this disharmony than homosexual relations. Finally, 1 Tim. 1, in full continuity with the Biblical position, singles out those who spread wrong doctrine and in v. 10 explicitly names as sinners those who engage in homosexual acts. ~ (CDF Letter on the Pastoral Care of Homosexual Persons no.'s 5&6)

The fact is not arbitrary condemnation of individuals, rather it is the recognition of behaviour that is damaging for all of us, and that behaviour is the separation of the procreative and unitive aspects of sexual activity. The Church does not condemn love, but says that love must always be directed towards the best ends for the subject. Removing the procreative dimension evident in natural law makes sexual activity about gratification, hence using the other person, and that is not loving.

A big part of the problem is that our understanding of heterosexual love is so warped these days due to promiscuity, pornography, and wide spread use of contraception. Pornography teaches our young people to use each other as objects for personal gratification. Contraception teaches our young people that there need be no consequences to entering a sexual relationship, and ignores the social, relational, and psychological dimensions to sexuality.

This decision by the Presbyterian Church in the U.S.A. demonstrates a radical break with recognisable Christian morality to such an extent that it surely invalidates any authority the ecclesial body may have had and serves to further separate it from the Body of Christ. Whilst I admire the motivation of inclusiveness and compassion that likely motivates this decision, the ability to twist Scripture & Tradition to suit one's own agenda is something I find frightening. If you are looking for authentic Christianity, it doesn't look like this.