Who Do We Say Francis is? 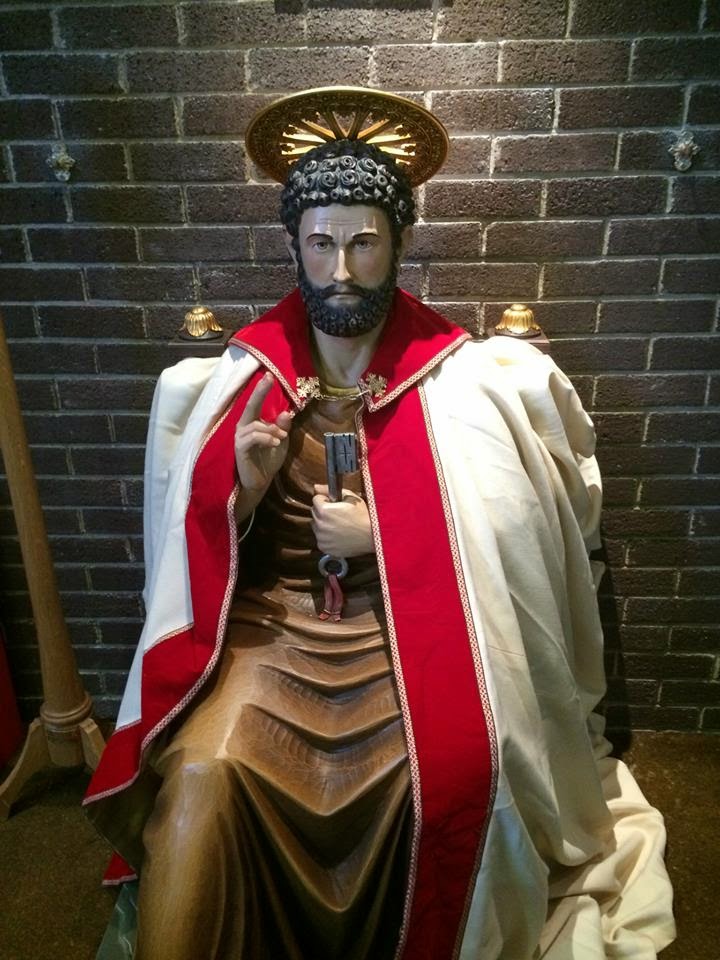 Following my posting of this worrying video the other day, I wanted to be clear that I'm not advocating one position or another, simply taking part in the discussion and articulating my unease about the situation. Whilst I am aware that much of the stuff reported about Pope Francis is spin from one side or another trying to show how he supports their view of things, Cardinal Kasper's soundbytes upset me far more.

However, it is essential to maintain perspective, and in this vein, I have found this post by Dr. Gerard M. Nadal most edifying. Nadal says this:


Many have feared, openly and scandalously, that he is about to break with established church teaching on moral norms. And at every turn they have been proven wrong. He famously stated that one need not discuss the issues of abortion and homosexuality all the time, which sent most pro-life leaders into the stratosphere.

And for good cause.

Increasingly, we see the marriage between the gay rights movement and the culture of death through their support of in vitro fertilization and related technologies, the support for abortion, gay marriage, and the general support of left-leaning politicians. Western civilization’s implosion is accelerating and being catalyzed by these very issues.

Perhaps Francis sees these issues not as cause, but as effect. Perhaps Francis sees the breakdown as beginning in other areas and these latter issues are the final manifestation of a spiritual rot that has been progressing below the surface for quite some time. How can one know, or be sure? Is Francis a closet heretic and apostate, as some fear, or maverick pastor who is resorting to the audacious in order to snap people out of their torpor? How can one know?

In pursuit of this answer, and also in attending to several family matters (mostly good stuff), I have taken a self-imposed break from blogging, from the need to report, to comment, to publish with great regularity. The sabbatical has been both productive and refreshing. It has also confirmed for me some concerns regarding Francis. So, here it is.
I said this a year ago, and it is as true now, as it was then:

That’s who I say Francis is. He is the Vicar of Christ on Earth, and that dread reality ought to make people pause before they publish news articles that call his character, morality, and motives into question. The thought that a deadline for publication should trump waiting for a reply from the Vatican spokesman where the reputation of the pope hangs in the balance suggests that perhaps we have crossed a line over here in the right wing. It suggests that we have established ourselves as a shadow College of Cardinals, advising our pope in print and tearing into him when he dares to march to his own drum.

If our Jesuit, hand-kissing, iconoclastic pope has aroused our ire, perhaps it is because he is shattering our icons of ourselves. Perhaps this pope sees that abortion and homosexuality are rooted in other serious ills that need also to be addressed, and that attacking root causes clears up a great deal of downstream issues like homosexuality and abortion.

Perhaps Jorge Bergolio brings with him to the Chair of Peter a perspective that we in the Northern Hemisphere simply do not grasp. The very people whom he grew up with, cherished and valued, ministered to in their poverty are largely our illegal aliens in the United States- a people resented here, even despised. So, when Bergolio/Francis speaks of the need to make these people a priority, and not speak all the time of abortion and homosexuality, he speaks from a perspective that runs up hard against the conservative, Republican/ Tea Party politics that animate so many of us in the pro-life movement and the orthodox wing of the church. It is difficult to separate the integration of our politics and faith, especially when the two dovetail so nicely on the life issues.

Still, Francis is calling us to espouse some of that espoused by our political opponents here in North America, and that means breaking the mold and entering the dangerous waters of consensus politics, of becoming odd bedfellows with the political lepers of the left.
Francis sees where the disintegration, the alienation takes place. It’s in the heart. That is most evident in those who castigated him for concelebrating with a brother priest who was never disciplined by Popes John Paul II or Benedict, and neither by Cardinals Ratzinger or Burke when they headed the Congregation for the Doctrine of the Faith. I suspect that all of these very “imprudent” actions on Francis’ part are reaching many homosexuals and lesbians at the core of their woundedness, and suggesting to them that they are not the lepers in the church that secular media have suggested that they are. What comes of this revolutionary pastoral approach remains to be seen.

Until then, Francis IS Peter. His choice was inspired by the Holy Spirit, and he is in need of our prayers. Moreso, we need to pray for ourselves, for the gifts of wisdom and courage, vision and strength, and above all, humility.

It is therefore essential to understand where the Pope is coming from and the way in which we fail to understand where he has come from in a most profound way, because we do not come from their and we, by and large, have not experienced it. If Pope Francis has experienced the transformative power of the Gospel working on those suffering in grinding poverty where 28% of the world's Catholics now reside.

From the beginning of this papacy, Fr. Kevin has said to me that the Popes challenge us, they cause us to rethink our comfortable positions and awake anew to Christ's call to conversion and penance.Pope Francis is challenging many of us, as Nadal puts it; "he is shattering our icons of ourselves."