Evangelical Musician Vicky Beeching on the Contradiction of her Sexuality 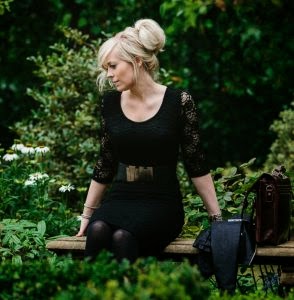 Lots on Twitter about Vicky Beeching "coming out" in The Independent today. My first response was "she wasn't out?" as I had always just thought she was SSA. I have always felt a great deal of empathy with Vicky, her perspective is occasionally predictable (see here for example), but more often intelligent and informed. I have always admired the preparation she does before she speaks on a subject. I guess the vacuousness I occasionally feel exasperated with could be my hang up, as to my ear, she tends to say predictable things about homosexuality, female ordination, the direction of the Anglican communion (i.e. more relativism, more liberalism, etc, etc, etc). But despite that, my overall take has been more positive than anything else. She is a person with sincere faith who has achieved a degree of success and has always tried to explain the relationship between modernity and Christianity. If anything, her over-apologetic style is what has frustrated me before, with that in mind, it is absolutely no surprise to find out she is SSA. Years of pushing at boundaries has shown her up as a person uncomfortable within her own evangelical skin, to me it is a clear case of making God in your own image, confirmed by the subject matter of her doctoral thesis at Durham which is the theology of human sexuality; specifically, what the Biblical texts actually say about same-sex relationships/marriage. The article in The Independent describes Vicky as "now one of the most sought-after religious commentators in Britain, knows this too." For me, this is only because she advocates a watering-down and apologetic version of Christianity which turns somersaults in order to try and accommodate morality advocated by secular society whilst clearly at odds with both Scripture and Tradition. I'm not talking solely about her sexuality, which is none of my business frankly, but about her approach to various issues in the Christian world.

It seems to me that being Christian is about humility before Christ who moulds us and helps us to change our sinful tendencies (to covet, to animalistic sexual lust, to be selfish and hurt others). Vicky represents a well established modernist theology which seems determined to change Christ to conform to the world. This theology seeks to dismiss what has gone before and thinks that if Christianity was more in tune with modern anthropology it would be more popular. This strikes me as a philosophy fundamentally in conflict with itself. Today's news explains why Vicky is struggling in this way.

Caroline Farrow wrote a really excellent piece full of love & encouragement for Vicky here. I think it's well written and supportive of Vicky as a person whilst refusing to duck the difficult issues. Caroline says:


"I might disagree with Vicky about the direction in which she wants to take the Anglican church, but from her testimony it is clear that more needs to be done to help young gay Christians identify their true vocation and not to alienate them from God, who, as she says, still loves loves them regardless. If nothing else, certain denominations ought to seriously re-think the practice of public exorcisms or the idea that a sexual orientation is indicative of demonic possession!"

Caroline reveals part of the problem is the extremism that exists within the evangelical world. She also is absolutely correct in asserting that there is much work to be done in order to help young Christians with SSA not feel that they have to be at odds with their faith because of how they feel.

One person who has taught me so much about this is another Anglican, Rev. Peter Ould. He has posted this on Facebook which is spot on I think.


Some thoughts on Vicky Beeching coming out.

1. It's almost always better this side of the closet. Locking away such a huge part of your emotional life leads to the kind of stress Vicky describes. Being truthful about your feelings is normatively liberating and tends to be much more about living with yourself than living with others (and their perceptions of you).

2. Coming out as LGB does not necessarily mean endorsing a particular sexual ethic. It is perfectly possible to be open and honest about your sexual attractions and still hold to a traditional position on sex and marriage. The sign of an emotionally and intellectually stunted and repressed person is not that they don't act on their attractions, but rather that they think a person has to act on their attractions and emotions in a particular way to be spiritually healthy.

3. Coming Out narratives, with their accompanying emotions, need to be reviewed with the passage of time. As C S Lewis so clearly indicates with the story of the Queen of Glome in "Till we have Faces", the victim narrative many of us tell is in fact often a denial of responsibility for our own sinful decisions and responses that have shaped who we are today. It's too easy just to ignore inconvenient facts from yesterday that distort (even contradict sometimes) the picture you're trying to paint today.

4. When Vicky says "The Church's teaching was the reason that I lived in so much shame and isolation and pain for all those years" and then describes that teaching as " I am attracted to people of the same sex and I've been told God hates that", it's worth pointing out that such a teaching is not Biblical. The Bible has plenty to say about the sinfulness of some sexual practices but it does not say that God hates people for being gay. And if we shape our future theologies and lives on a reaction to incorrect previous ones, we need to pick up "Till we have Faces" again.

5. There are better journalists to choose to do your coming out story than Patrick Strudwick. Choosing Strudwick is a political statement.


There will be a lot of disappointed evangelicals as a result of this news, as Vicky's worship songs are are some of the most popular around the globe. Signed to EMI, Vicky has written songs that have reached Gold status, hit the Top 100 iTunes chart, the Top 10 CCM chart and been translated into multiple languages. Her God-fearing lyrics are sung by millions in America's Bible Belt. Now many of these people will probably feel somewhat betrayed, and that will hurt Vicky. On Channel 4 news this evening she explained how she had felt broken and conflicted for most of her life. She will not leave the church however, she intends to stay and fight to change it from the inside. I hope she is going to be happy.

There is nothing like the degree of hostility to homosexuality from a Catholic perspective as there is in Evangelical circles. The Church teaches compassion and care for people with SSA, so again, the points Caroline makes about moving forward, in conjunction with Vicky's desire to see a developed theology of sexuality are important areas for development.

Meanwhile, this interesting testimony has been recently published from someone who seems to share a perspective with Vicky that "my residual Catholicism as something that needed to be overcome." and as a result pursued the rabbit down the whole as far as it could go.
Evangelical Homosexuality SSA Vicky Beeching