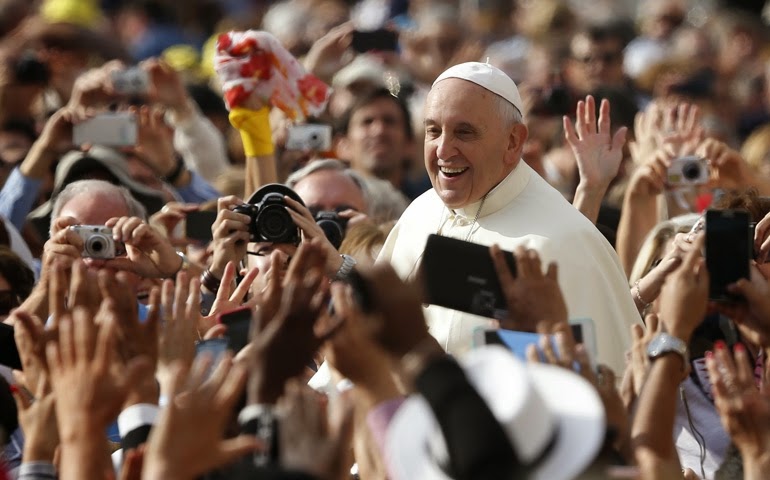 The half-time whistle has been blown on the Extraordinary Synod on the Family in Rome and John Thavis, the respected commentator on Vatican affairs, has described the first document to emerge as ‘a pastoral earthquake’. Voice of the Family have issued a strongly worded condemnation of the mid-way report, calling it “a betrayal”.

Among other comments from experts on the site:


“Those who are controlling the Synod have betrayed Catholic parents worldwide. We believe that the Synod’s mid-way report is one of the worst official documents drafted in Church history.
“Thankfully the report is a preliminary report for discussion, rather than a definitive proposal. It is essential that the voices of those lay faithful who sincerely live out Catholic teaching are also taken into account. Catholic families are clinging to Christ’s teaching on marriage and chastity by their finger-tips.”

It is a situation the like of which has no precedent in my experience or knowledge of the history of the Church, unless one considers that at Gethsemane all the Apostles fled and abandoned Jesus: He died alone (with the exception, of course, of St John and Our Lady). And His death had to happen in order for him to be Risen and Glorious. So, could it be that the Church has to go through the same process. Being abandoned, condemned, vilified, and crucified and only a very small remnant at the foot of the cross? Does this have to happen before we experience the Resurrection?

I expect, Cardinal Burke will be the faithful St John...He is calmly and consistently reiterating authentic Church teaching and not shying away from engaging with the media in order to do so. I thought this was what synods were supposed to do? Not confuse the faithful with double speak. Lots of good people are calling for calm, but even the fact that they are calling for calm says to me that we are experiencing something extraordinary here. Take this for example from the mid-way report:


Today’s world appears to promote limitless affectivity, seeking to explore all its aspects, including the most complex. Indeed, the question of emotional fragility is very current: a narcissistic, unstable or changeable affectivity do not always help greater maturity to be reached. In this context, couples are often uncertain and hesitant, struggling to find ways to grow. Many tend to remain in the early stages of emotional and sexual life.

Well that's certainly cleared that up, thanks team! I don't think that the great fear of doctrinal change is likely or even possible but it does seem that the seats of power have been firmly occupied by the children of the revolution and despite the reality that under their stewardship, the vineyard is failing, they seem set to liberalise still further, ignoring the people's thirst for solid doctrinal confirmation and replacing it with a double-speak which seeks to find a commonality with modernism which can not accommodate the objective truth of the Gospel.

They are not doing this through intellectually rigorous theological debate either, but by Machiavellian political angling. Rorate Caeli report that the official news website of the Portuguese Bishops' Conference is stating that Pope Francis six other prelates for the composition of the final report (the "Relatio Synodi"), all known as strong liberals: Cardinals Ravasi and Wuerl, Abps. Victor Manuel Fernández, Aguiar Retes, and Bp. Peter Kang, and the Superior General of the Society of Jesus Fr. Adolfo Nicolás Pachon. Well I just don't know what to make of it all. Especially the manoevering that seems to be going on: Fr. Hugh explains why Cardinal Kasper might want a news blackout, and why Cardinal Mueller wants every bishop’s speech published. Cardinal Mueller’s logic is quite defensible: all Catholics have the right to know what their bishops have said. I'm not jumping to any conclusions about any of this but all I'm saying is that everyone is so confused and confusion is a tool of the devil. If there is no confusion, why is everyone shouting about it? Why are so many clarifications and interpretations being issued? In short, what on earth is going on? Confusion reigns!

It couldn't be summed up better than by this article in the Mail. Whatever the obscure intentions, the headlines will all scream thus! 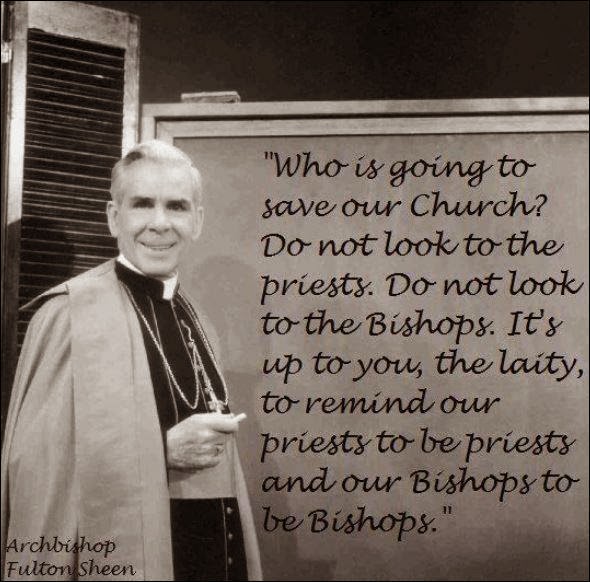 Bones does know what to make of it all and states with unequivocal good form:


We all know that real heroes in the Catholic Church are not those who are lauded by the world as a 'breath of fresh air' or who win various accolades for their cheap 'live and let live' slogans from the enemies of the Gospel, but instead those who do not buckle to the 'spiritual worldliness' that goes along with embracing every fashion or passing human philosophy that comes from the Devil and embeds itself at the heart of the Catholic Church even in high places in the Hierarchy.

And with that I can certainly agree. The fruit of this synod may well yet surprise us just as Humanae Vitae did in 1968, but my concerns are that accommodating language will lead to the type of confusion which leads to a pastoral relativism which ultimately shields the faithful from the truth in the hope that it might avoid hurting their feelings. If the Church misses this chance at clarification, instead choosing further confusion, it can only result in those who have pinned the most important and difficult decisions in their lives to feel hurt and betrayed (like those who have not undergone IVF, who have tried to hold to Church teaching on homosexuality, or communion for the divorced and re-married). It will make the job of people trying to pass on the teaching of Jesus all the more difficult, it will cause more Catholics not to affirm the Gospel (as they Synod Fathers are trying to assert through the manufacture of "gradualism") but to incrementally apostacise.

I do not know what will happen, I do know claim to know more than the Fathers, but I do know what is at stake. So, on this anniversary of the sun miracle at Fatima, let us turn to Our Lady and the Rosary with our worries. Our Lady of Fatima, ora pro nobis!

Pope Francis synod on the family Voice of the Family