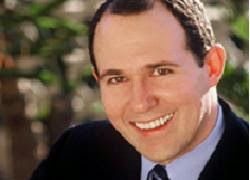 Raymond Arroyo, EWTN host of news programme The World Over Live posted this take on the proceedings at the #Synod so far on FB a few hours ago:

My take on the ‪#‎Synod14‬ thus far:

It is shaping up exactly as I had thought it would following my visit to Rome last week. The Pope wanted a robust conversation (which we have been having since last February when Card. Walter Kasper issued his program for "mercy" for the divorced and remarried). This is what a robust conversation looks like. It's messy, at times ugly, and confusion is a natural byproduct of the process.

In centuries gone by, Council Fathers smacked fellow bishops across the mouth and had to be restrained (a big hello to dear St. Nicholas!). Today, they rush to the cameras and dispute the arguments of the opposition. By comparison, ecclesial conversations have improved. Though a good Roman slug fest could make one heck of a pay-per-view event....

Beyond the annulment debate, Synod fathers told me that discussions of contraception, gay marriage, and even celibacy could wend their way into the Synod conversation. So none of this should come as a shock. Even the process of dropping controversial notions into documents and pushing them into the public sphere is nothing new. Having covered the US Bishops conference for years, this familiar tactic was standard operating procedure for decades.

What none of the bishops foresaw this time was the media explosion caused by the summary document of the first week's proceedings. According to Card. Napier (and many other participants I have spoken with today) the document bears little resemblance to the actual discussions in the Synod. The Holy See Press Office this morning went to great pains to stress that this is just a draft--a working document-- that was never meant to offer conclusions. The question for us is: if this doesn't reflect the true nature of the conversations or concerns of the Synod Fathers, why was it released? And who is responsible for the distorted content? We shall entertain these questions and many more on the World Over this week. Like the Cardinal Burke interview of last week, it will be mandatory viewing for anyone interested in the Synod. Where else can you get pointed analysis of the Synod, all the week's headlines, and an exclusive interview w/ Scottish singing sensation, Susan Boyle? See you Thursday at 8PM ET.
EWTN Raymond Arroyo relatio synod on the family Synod14