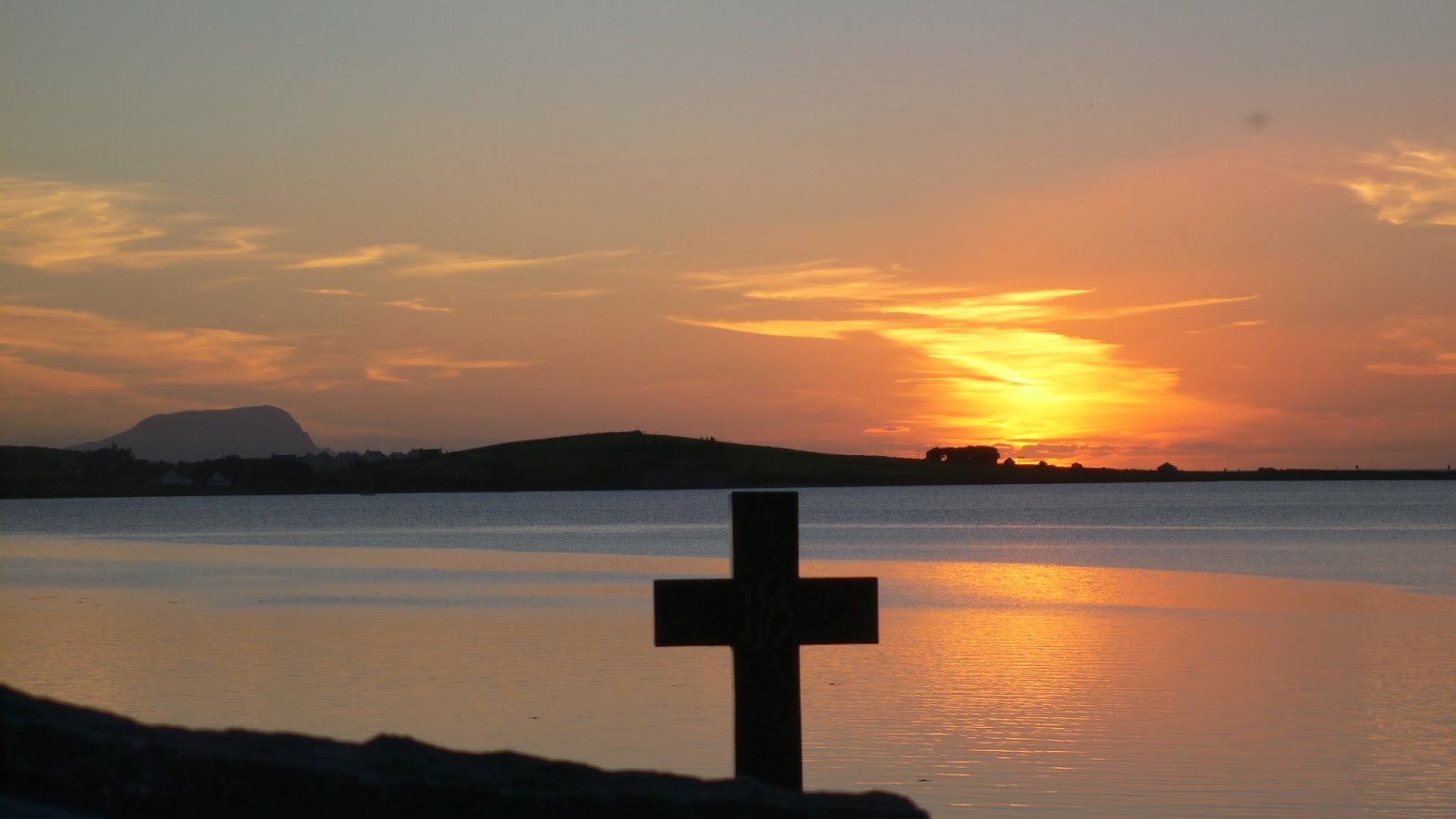 CC Father has recommended Catholics by Brian Moore for me to read. Most of the action of the novel takes place on an island monastery in Kerry off the southwest coast of Ireland. It is set in the future, near the end of the twentieth century after the Fourth Vatican Council. The story tells of a young priest sent by the authorities in Rome to fully implement Church reforms in an Irish monastery that still celebrates the Catholic liturgy according to older rites. I've just got to a bit where an old Irish Monk, Fr. Manus, explains to Fr. Kinsella, the young priest, why he has been saying the Mass in the Extraordinary Form. It's really rather stirring and instructive, so I thought I would share it here:


The Mass! The Mass in Latin, the priest with his back turned to the congregation because both he and the congregation faced the altar where God was. Offering up the daily sacrifice of the Mass to God. Changing bread and wine into the body and blood of Jesus Christ the way Jesus told His disciples to do it at the Last Supper. "This is my body and this is my blood. Do ye this in commemoration of me."

God sent His Son to redeem us. His Son came down into the world and was crucified for our sins and the Mass is the commemoration of that crucifixion, of that sacrifice of the body and blood of Jesus Christ for our sins. It is priest and people praying to God assisting in a miracle whereby Jesus Christ again comes down among us, body and blood in the form of the bread and wine there on the altar. And the Mass was said in Latin because Latin was the language of the Church and the Church was one and universal and a Catholic could go into any Church in the world, here or in Timbuktu, or in China, and hear the same Mass, the only Mass there was the Latin Mass. And if the Mass was in Latin and people did not speak Latin, that was part of the mystery of it, for the Mass was not talking to your neighbour, it was talking to God. Almighty God! And we did it that way for nearly two thousand years and, in all that time, the church was a place to be quiet in, and respectful, it was a hushed place because God was there, God on the altar, in the tabernacle in the form of a wafer of bread and a chalice of wine. It was God's house, where, every day, the daily miracle took place. God coming down among us. A mystery. Just as this new Mass isn't a mystery, it's a mockery, a singsong, it's not talking to God, it's talking to your neighbour, and that's why it's in English, or German, or Chinese or whatever language the people in the church happen to speak. It's a symbol, they say, but a symbol of what? It's some entertainment show, that's what it is. And the people see through it. They do!

That's why they come to Coom Mountain, that's why they come on planes and boats and the cars thick on the roads and the people camping out in the fields, God help them, and that's why they are there with the rain pouring down on them, and when the Sanctus bell is rung at the moment of the Elevation, when the priest kneels and raises up the Host-aye, that little round piece of bread that is now the body of Our Blessed Saviour - holds it up- Almighty God- and the congregation is kneeling at the priest's back, bowed down to adore their God, aye, Father, if you saw those people, their heads bare, the rain pelting off their faces, when they see the Host raised up, that piece of unleavened bread that, through the miracle of the Mass is now the body and blood of Jesus Christ, Our Saviour, then you would be ashamed, Father, you would be ashamed to sweep all that away and put in its place what you have put there - singing and guitars and turning to touch your neighbour, playacting and nonsense, all to make the people come into church the way they used to go to the parish hall for a bingo game! 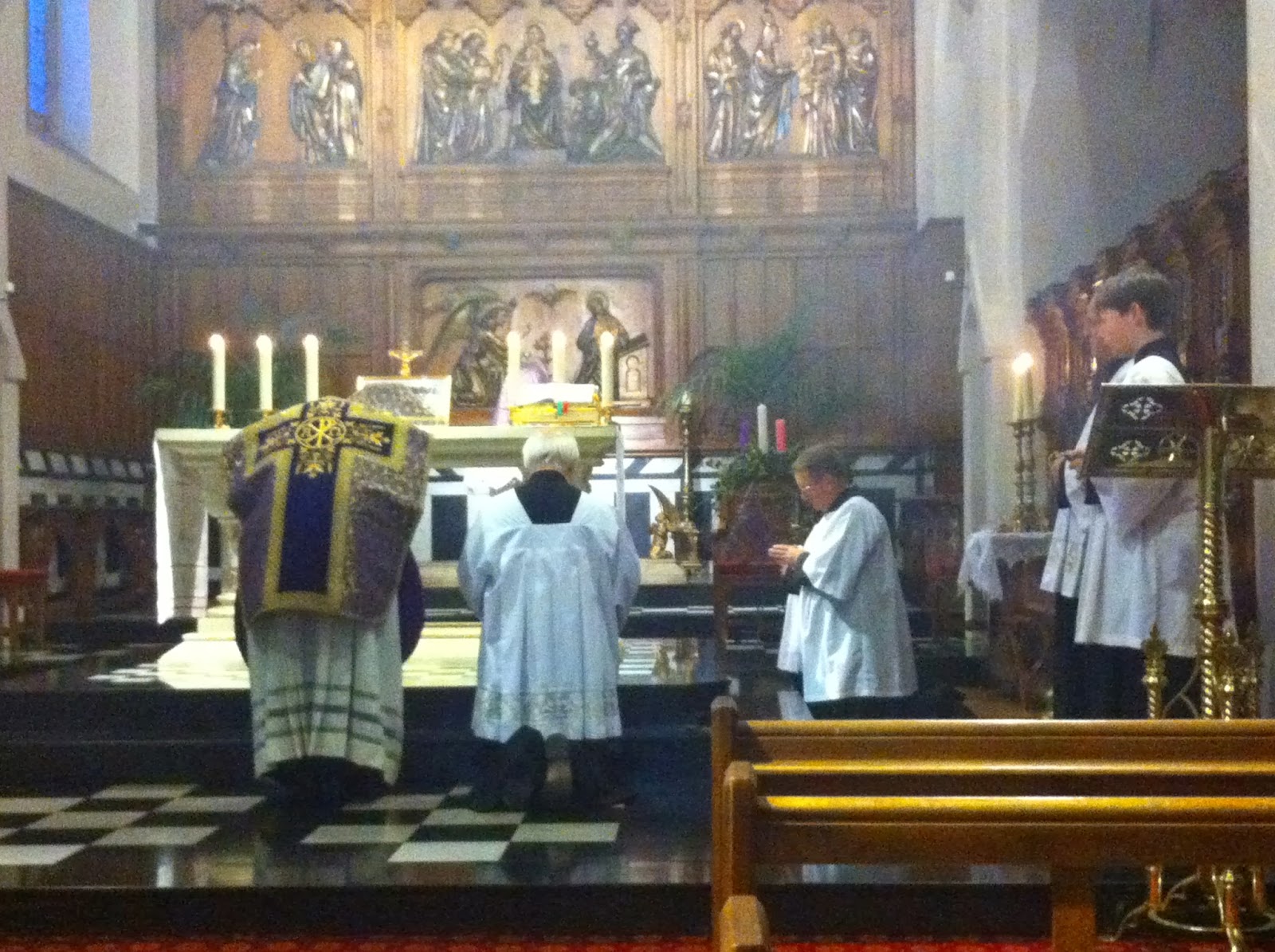