The Plague of Faithless Leaders 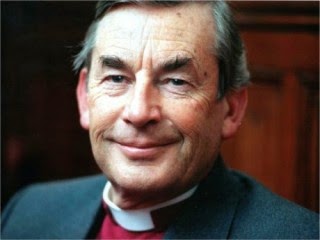 I really hurt for our Anglican brothers and sisters this morning as, listening to Today on Radio Four I heard the former Bishop of Oxford, explain how he feels that readings from the Qur'an should feature in the next Coronation, when Prince Charles succeeds to the Throne.


No seriously, he did.


In a debate on the role of religion in British public life, Lord Harries, now an independent peer, praised what he called 'the hospitality' shown in a service last year at Bristol Cathedral.

How desperately disappointing that someone who has dedicated his life (one assumes) to the preaching of the Gospel has so little belief in the objective truth of his religion that he feels it necessary to capitulate to another ideology.

Can you imagine Muslims reading passages from the Bible at the installation of a Kalif? It is unthinkable, simply because these are competing ideologies. It is one thing for scholars and intellectuals to argue about the relative merits, the common ground, and the necessary mutual respect we must share between faiths, but ultimately atrocities carried out in the name of Islam are facilitated by a lack of condemnation and challenge from intellectual quarters. Muslim's are not familiar with the criticisms of their religion in the same way Christians are and so are more susceptible to radicalisation.

Jews have a prayer for the Queen which is said in all synagogues and is in their prayer books. Since the re-admission of the Jews into England in 1656, British Jewry has enjoyed a positive relationship with the monarchy. Interestingly, in Samuel Pepys’ diary entry of October 14th 1663, he describes his visit to the Creechurch Lane Synagogue for Sephardi Jews on the Festival of Simchat Torah, (Rejoicing of the Law):


and in the end they had a prayer for the King, which they pronounced his name in Portugall; but the prayer like the rest in Hebrew.

Clearly his observation that the King was honoured was considered noteworthy. If one were to introduce variant religious perspectives into the country's coronation service, why Islamic ones? Why does Lord Harries not consider our allies of many conflicts the Sikh's Guru Granth Sahib unworthy of inclusion? Or the Vedic scriptures which are the basis of Hinduism, or the Dhammapada of Buddhism? Where does one begin and where does one end? Is it necessary for Richard Dawkin's to read from the Big Book of Atheism?

Of course our society contains all these values and beliefs. All are valued and accepted as perspectives particular to the cultures which form part of our society. But our society which welcomes and embraces all these perspectives does so fundamentally because it is founded on Christian principles. We have no need to water-down these principles, rather we should embrace and celebrate them. Our Christian roots created this inclusive society because it is Christianity that recognises the fundamental dignity of each and every human being made in the image and likeness of the divine Trinity.

I have long nurtured a fascination with relgion across the world and a love of other cultures and people. I see no contradiction in this and my personal search for the truth about our lives. Faith must have this longing for truth at its heart or else it becomes meaningless. Yes we can recognise the universal outreach of man to God in all religions, but we must remain mindful of man's subversion of religion in various guises for Christians, Jesus Christ is the Logos of God, the light that helps us to distinguish between the nature of religion and its distortion. We will be credible proclaimers of Jesus Christ when we have truly encountered him in the depths of our existence, when, through the encounter with him, we have been given the great experience of truth, love, and joy, because a true experience of God is an experience of that love which wishes only the best for the other in relationship, and this is the perfect model for society.

As the Pope Emeritus recently explained:


"...renunciation of the truth seems realistic and useful for peace among religions in the world.
And nonetheless this is lethal to faith. In fact, faith loses its binding character and its seriousness if everything is reduced to symbols that are ultimately interchangeable, capable of pointing only from far away to the inaccessible mystery of the divine." 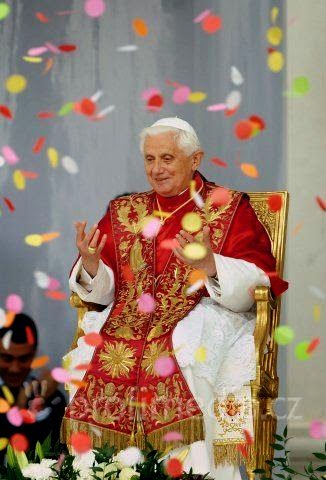