The Speaking Tour of a "silenced" Priest 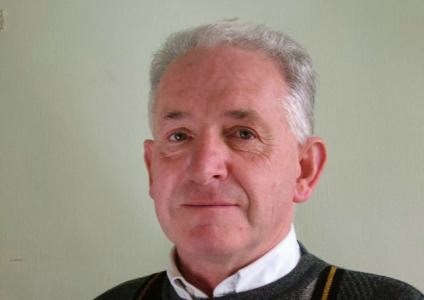 Tony Flannery is an Irish Redemptorist Priest who gives the whole order a bad name. Why? Because he consistently and emphatically repudiates Catholic teaching and encourages the notion that all opinions are valid, his most of all, and that the Church misleads its flock. I worry for him in an eternal sense, I really do. I also weep for all the good, hard work done by so many priests which Flannery undoes. Someone like this does untold damage. So much so that I have blogged about him several times, most recently here, when Cardinal Lavada, former prefect of the Vatican’s CDF (Congregation for the Doctrine of the Faith) dismissed Flannery's claims that he was shouted down about married priests and conscience, and cites Flannery's blatant and published heresy as the reason the CDF were forced to intervene.

This weekend, in a most Gospel appropriate article for Aleteia, Greg Daly twists a whip of chords and presents an important profile of the determined heretic who stands clearly condemned by his own words.

Flannery has been on a long winded speaking tour which has, thankfully avoided Church property. However, as Greg points out, his sole engagement on Church property in his current 18-city speaking tour of the United States caused Archbishop John Nienstedt to contact the priest hosting the event and ask him change the location of the talk.

That Father Flannery would deny the sacramental reality of the priesthood and then found an association of priests might seem a paradox to rival that of a man engaged in speaking tours describing himself as “silenced,”

It is important that we understand what this man is about because otherwise we might believe his rhetoric that he has been poorly treated by the Vatican. In fact, his doctrine is irreconcilable with Church teaching. For him to pretend to represent the Church founded by Christ 2,000 years ago is ridiculous.

What he does need is our prayers (and to shut up).