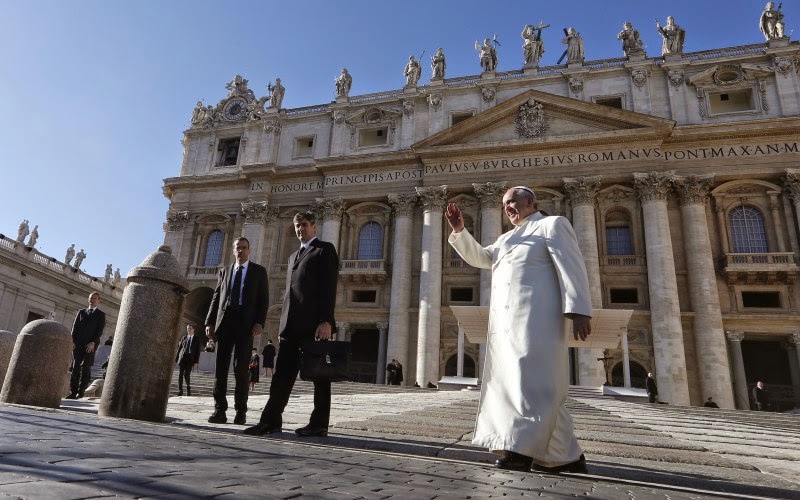 There's lots of chatter regarding a new book by Austin Ivereigh. The story was first exposed by John Bingham of The Telegraph, but the import was really explained by Damian Thompson in The Spectator here.

Ivereigh is a former deputy editor of The Tablet who later became Director for Public Affairs of the former Archbishop of Westminster, Cardinal Cormac Murphy-O'Connor. He occasionally appears on radio and TV programmes to comment on stories involving the Church.

He is also the founder and coordinator of Catholic Voices, a project which began in the UK to improve the Church's representation in the media, above all in news programs and debates.

The drama revolves around the purported lobbying for votes before the conclave. Organised lobbying of the type that Ivereigh alleges took place is dangerous, because it is strongly discouraged by the Church’s rules. Although Damian suggests the story may, or may not be true, I personally think it is very likely that Ivereigh said exactly what Cormac told him, and that Cormac has since realised he said too much.

But I was drawn to this interesting comment today:

"According to Ivereigh, Father Bergoglio attracted “huge numbers of vocations” to the Jesuit order, but he also drew opposition from “a group of upper-class left-liberal Jesuit intellectuals” who lobbied the Jesuits’ Superior General to have Bergoglio and his allies removed.

A leader in the campaign against Bergoglio objected that he encouraged praying the rosary and touching saints’ statues in the chapel.

“This was something the poor did, the people of the pueblo, something that the worldwide Society of Jesus just doesn’t do,” the opponent of Bergoglio told Ivereigh."

Ivereigh comments that, given that he and his colleagues saw themselves as pro-poor progressives, it was a revealing remark. As Bergoglio used to put it, they were ‘for the people, but never with the people’.

Ivereigh said it is “a big mistake” to assume that Pope Francis is “just another liberal in the western mold.”

This points us to reason that the conservative critics of Pope Francis have got it wrong. In fact, they just fail to understand Pope Francis' approach. He is something we have not seen before after all.

Put this in the context of the Pope’s recent comments to the European Parliament and the Council of Europe where he compared Europe to “a grandmother, no longer fertile and vibrant” and said that to achieve progress towards the future “we need the past, we need profound roots.” As I posted in my summary, this speech saw Pope Francis return to paths well-trodden by his predecessors.

Ivereigh catorgorises the Pope as “a conservative who has spent his life in opposition to the abstract ideologies of the Enlightenment.” I recall sitting at a table, enjoying a beer with Cardinal Pell in September when he told me that Francis was a faithful son of the Church and I shouldn't worry. As time goes on and I learn more about this pope, I worry less and am liking him more.