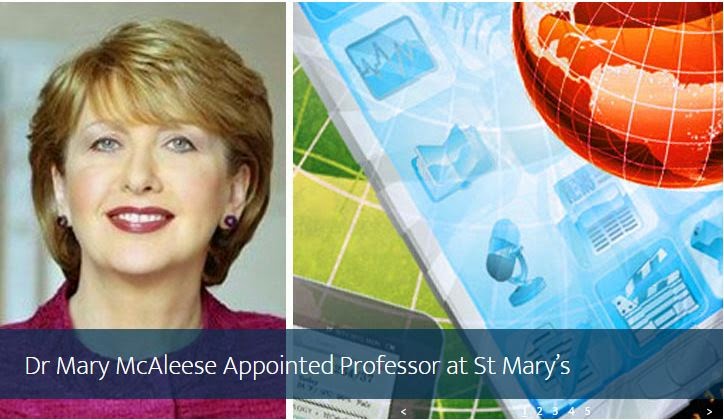 Being Catholic is uncomfortable, it's challenging, it forces you to constantly question modern received opinion. Talking these issues over with my children, they are always amazed how the Church's well thought out consideration is more interested in truth than popularity. Even though they might have had a good idea put to them at school, reviewing the issue from a Catholic perspective always reveals the truth of a situation. It's not always an easy truth, but it is a truth nevertheless. As G.K. Chesterton famously put it “A dead thing goes with the stream, but only a living thing can go against it.”

In the UK today, it seems most people in charge of Catholic organisations do not agree with me, however. Point of fact, Independent Catholic News report that St. Mary's Twickenham have appointed Mary McAleese as a visiting professor. I had to double take. St. Mary's is our Catholic university, although it's far from obvious from their website. In fact I had to dig around a fair bit to even find the word "Catholic". Eventually I discovered it mentioned on the Mission and Strategy page. Here it states the university's legal objects as:


“To advance education, in such manner as befits a Catholic foundation, by:
the provision, development and conduct of a Catholic institution of higher education; and
the provision of training and continuing professional development for teachers in both religious and secular schools, with special provision for those intending to teach in Catholic and other Christian schools.”
(Articles of Association of St Mary's University, Twickenham: approved by the Privy Council January 2014)
A Catholic foundation in higher education is understood as “an academic institution which in a rigorous and critical fashion assists in the advancement of human dignity and cultural heritage through research, teaching and services offered to local, national and international communities.”
(Source: Ex Corde Ecclesiae 1990 para 12: quoted in The Canon Law Society of Great Britain and Ireland The Canon Law: Letter and Spirit, p 442)


St Mary’s prepares its students for flourishing lives, successful careers and social commitment through excellent, research-enriched teaching in a strong community of mutual respect based on our Catholic ethos and identity.

To me this reads like they're OK about all the human dignity stuff, but don't want to admit to any of that other difficult Catholic stuff. They do mention that they make special provision for Catholic teachers. Interesting then, that they would consider Mary McAleese appropriate for this role as she does not agree on Catholic teaching on contraception, homosexuality & lots more.....

The article explains that McAleese has been working towards a canon law degree in Rome with the hope of changing the Church’s teaching on sexuality and marriage. This is someone who has repeatedly stated her disagreement with the teachings of the Catholic Church.

Way back in 1995 she wrote a full page article in The Universe comparing Pope John Paul II to Rev Ian Paisley - in which she said that they were both bigots: Paisley was bigoted against Catholics and Pope John Paul was bigoted against women because he had said that he did not have the authority to overrule the decision of Jesus Christ who chose twelve men to be the apostles.

This was not a one-off abberation because she used the same "careful line of theological reasoning" (irony intended) at a seminar in Dublin whose proceedings were later published as:

[Response to Ordinatio Sacerdotalis (1994) and statements by Cardinal Ratzinger (1995) that discussion on the ordination of women is closed.]

by Mary McAleese From Women Sharing Fully, Proceedings of the Seminar, Dublin 1995, pp. 11-21 You can read it online here.

Let's have a look at what she says:


"The theological arguments and the doctrinal arguments and indeed the traditional arguments when you trouble to look for them, are in the end embarrassingly like the emperor’s new clothes and I have decided rightly or wrongly that I am not going to dignify them with an attempt to address them. I think too many words have been spent and too much emotion vented in taking them seriously. They are bogus, they are silly, they are not to be taken seriously.

If I truly believed that Christ was the authority for the proposition that women are to be excluded from priesthood by virtue simply of their gender, I would have to say emphatically that this is a Christ in whose divinity I do not and will not and cannot believe."

An interesting and nuanced line of theological argument, I'm sure you will agree! Basically, if the Church doesn't agree with her, the Church must be wrong.

I have to say I am disappointed to hear of this appointment and wonder if the publicity of a "celebrity" is more important to St. Mary's than Catholic ethos? Why do we constantly have to put up with hypocrisy of people who blatantly contradict Catholic teaching teaching at Catholic institutions? How on earth can we gain anything by that??? Ultimately, the attitudes McAleese brings to the formation of young Catholic teachers will trickle down to our children in secondary and junior schools, bleeding the colours of Catholicism from our lives and leaving us all wondering just what it actually means to be Catholic. When governors ask at interview, they will be told "Christ at the centre! Gospel values!", but will this be anything more than a catchphrase?

Anyway, McAleese is in good company at St. Mary's: 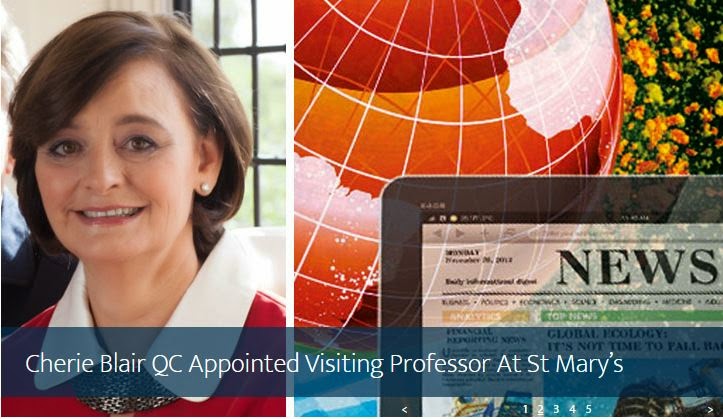 Someone else who has attacked the Pope! *SIGH*