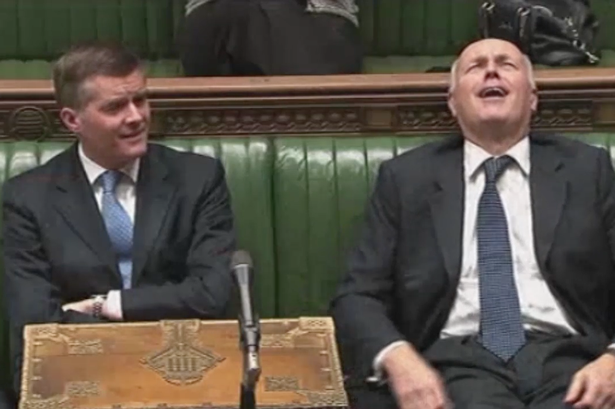 I think many of us felt that Ian Duncan Smith, a Catholic, would be ideally placed in the new government to stand up for Catholic social capital. I don't think I am alone in feeling he has been somewhat of a disappointment in this regard. First we had him defying the Church's lead on so called "gay marriage", betraying the Catholic Bishops of England and Wales, and now we have a further insight into the degree with which he is it odds with his Catholic identity.

A couple of days ago Ian Duncan Smith hinted at an incredible piece of anti-family, anti-Catholic policy on The BBC Sunday Politics show. The plan is to limit child benefit payments to the first two children only, an idea first floated in 2012, before it was thrown out by Nick Clegg. The work and pensions secretary hinted the move was being examined by his party despite previously being vetoed by Downing Street over fears it could alienate parents. Duncan Smith said it could also “help behavioural change” in what appeared to be a suggestion that it could discourage people struggling with their finances from having more children.

“I think it’s well worth looking at,” he said. “It’s something if we decide to do it we’ll announce out. But it does save significant money and also it helps behavioural change.”

Caroline Farrow has written an article on this bizarre and worrying turn in Tory economic policy, in it she asks:


Should David Cameron, who has fathered four children, really be committing his party to a policy that would ensure that multiple children and large families should be the preserve of the super-rich? Remember, this is is not a policy that would hit the middle classes; they've already had all child benefit removed, regardless of how many children they have if their family income exceeds £60,000, a policy which has unfairly penalised women who stay at home to raise their children.

Are we turning into China where the state dictates what is or is not a respectable amount of children? Large families have enough trouble as it is in a society that increasingly focuses on individualism and sees fertility less as a gift and more as a disease to be at best repressed, and at worse, eradicated completely. From a purely economic standpoint, Caroline goes on to point out:


Like many countries, the UK is faced with an aging population; more than 10 million people are aged 65 and above - a number predicted to double in the next thirty years. In purely economic terms, the State is going to need as many future taxpayers as possible, and therefore ought to be encouraging stable families to have lots of children.

What would help our society would be if government encouraged and backed responsible, loving families instead of following Maoist social-conditioning nonsense like this. I really do despair of where the Tory party are heading!
behavioural change Conservative Ian Duncan Smith Tory Party