Pope's Birthday Present to the Homeless 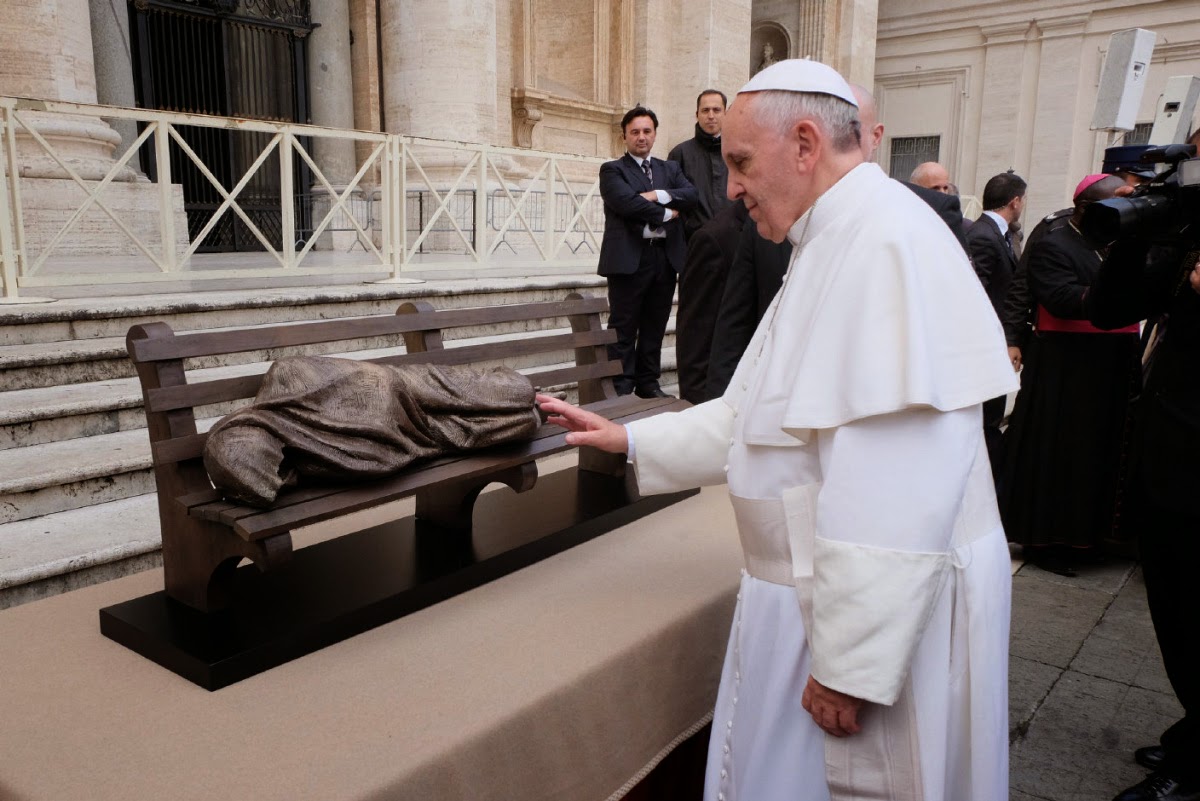 A really touching story has emerged from Andrea Torneielli at Vatican Insider who reports how volunteers and Swiss Guards drove around Rome on a minibus to distribute a gift from Pope Francis to the homeless of batches of sleeping bags. "This is a gift for you from the Pope on the occasion of his birthday," they were quoted as saying to hundreds of homeless people.

The sleeping bags were distributed on a minibus, which left the Vatican at 6 pm and went around Rome looking for homeless people who needed them. The quality bags had a hood and carried the papal ensign.

“This is a gift for you, please pray for the Pope,” volunteers, including a nun and some Swiss Guards said. They were led by the Papal Almoner Bishop Konrad Krajewski. The minibus toured around railway stations before reaching the area surrounding the Campo Verano cemetery which tends to be frequented by the homeless. It also made a stop on Via Nazionale. “Almost 400 sleeping bags were distributed,” they said. We gave one to each homeless person we met.” The special “mission” took place on Francis’ birthday and concluded after 11 pm.
Homeless Pope Francis