Some great news to start the year as our wonderful Ordinariate movement gains two new transitional deacons. My congratulations to the Rev. David Butler and James Houghton who were ordained to the diaconate by Bishop Robert Byrne yesterday at the Ordinariate Church of Our Lady of the Assumption and St. Gregory, Warwick Street. 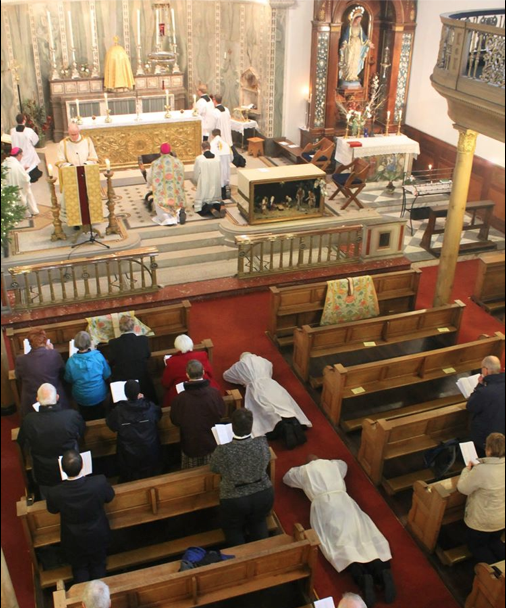 Yesterday, Saturday 3 January, two members of the Ordinariate, David Butler and James Houghton, were ordained to the diaconate at the Ordinariate central church by the wonderful Rt Revd Robert Byrne Cong.Orat., Auxiliary Bishop for Birmingham.

The Revd David Butler recently took temporary vows as a hermit within the Ordinariate and an article about his way of life will appear in the February edition of Oremus, the Westminster Cathedral magazine.

David was formerly an Anglican priest. He became a Catholic before the Ordinariate was established. When it came into being, he was registered as a member and wanted his religious vows to be under the jurisdiction of the Personal Ordinariate of Our Lady of Walsingham. Brother David has been living a simple eremitical life for some years. In March 2014, he took temporary vows as a hermit during a Mass at Warwick Street.

The Revd James Houghton, a former member of the General Synod of the Church of England, will be ordained to the priesthood by Archbishop Peter Smith in a few weeks. Jamie served for 42 years as an Anglican priest before being received into the Ordinariate Group in Folkerstone in April 2011. He has wide experience of youth and school chaplaincies. Before his retirement, he served on The General Synod of the Church of England as part of the Catholic Group. Please keep these new deacons in you prayers.

The photos were taken by a friend of one of the new deacons, who also happens to work for the Friends of the Ordinariate. This is a particularly good one of the two new transitional Deacons with Bishop Robert and Mgr Keith Newton. 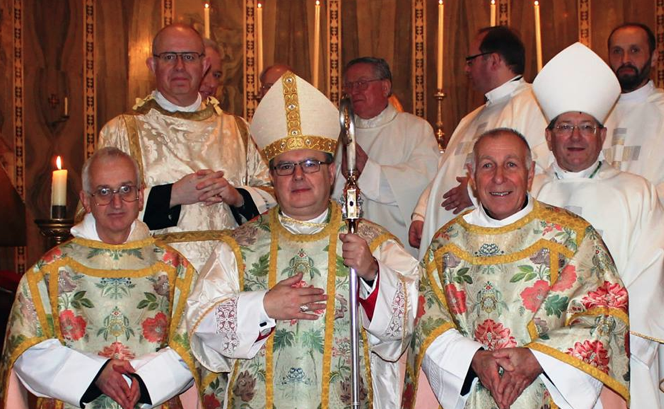