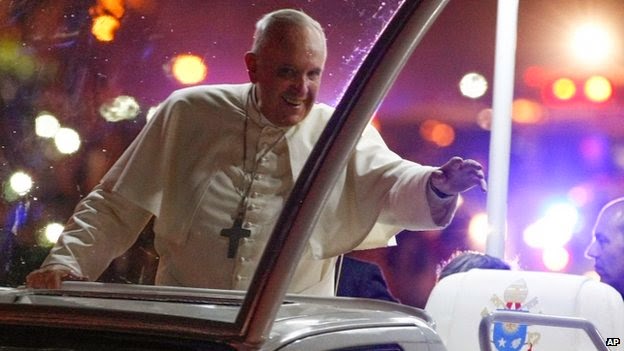 I think this is a very important moment. It could see the turning of the media tide with regard to this Papacy, the moment when the secular world finally realises the Pope is Catholic.

Pope Francis has spoken out at an address to families in the Philippines to praise Blessed Pope Paul VI’s encyclical opposing contraception and affirming Church teaching on sexuality and human life saying Paul VI was right to warn against contraception.

I'm not sure the Holy Father will understand how important his remarks are for all those concerned westerners who have been following every word of his papacy with concern, looking for him to re-affirm Church teaching. As far as he is concerned, there is no question regarding Church teaching, he seems completely oblivious to the maelstrom of concern that swirls around him, whipped up by the secular media, and that makes these comments all the more important in the context in which they are spoken.


"He saw the lack and the problem that it could cause families in the future. Paul VI was courageous. He was a good pastor, and he warned his sheep about the wolves that were approaching, and from the heavens he blesses us today.”

Humanae Vitae marked a clear break with the secular moral agenda in 1968, and shocked many who were sure Paul VI would condone use of the contraceptive pill. Once, all Christian denominations were in agreement regarding the essential indivisibility of the procreative and unitive dimensions of sexual intercourse. The Anglican communion broke away from this concensus in 1930 at the now infamous Lambeth Conference. This opened the door to a plague of moral relativism which has dogged the Anglican Communion ever since, and led to the current situation where no one is really sure if sexual morality is even relevant or important in the Anglican Church.

Rather than capitulate in the face of a modernist tide, Paul VI had the courage to stick to revealed truth. Humanae Vitae was broadly condemned. Canadian Bishops, for example, issued the Winnipeg Statement, one of the most influential post-Vatican II documents, just eight weeks after Humanae Vitae. It was about conscience relative to birth control and, as the first response from the world's episcopal conferences, there's little doubt it influenced the statements from Scandinavia, Austria, West Germany, the Netherlands, and Belgium, all of which openly amended Paul VI's absolute prohibition of contraception.

In today's post Theology of the Body Catholic World, Humanae Vitae is the source of great study once again. It has been called 'prophetic', as we analyse the consequences of realities that have come to pass, which Paul VI warned us of in 1968 as Pope Francis alludes to today.

The Catholic Herald reports that the Holy Father also said calls to introduce same-sex marriage are a threat to the family.

Speaking at a meeting with families in Manila’s Mall of Asia Arena, the Pope said: “The family is also threatened by growing efforts on the part of some to redefine the very institution of marriage.”

The remarks came at the end of his first full day in the Philippines.

Earlier at a Mass for priests, religious and bishops at Manila’s cathedral the Pope had said that Philippine society was “tempted by confusing presentations of sexuality, marriage and the family”.

Francis said: “As you know, these realities are increasingly under attack from powerful forces which threaten to disfigure God’s plan for creation and betray the very values which have inspired and shaped all that is best in your culture.” 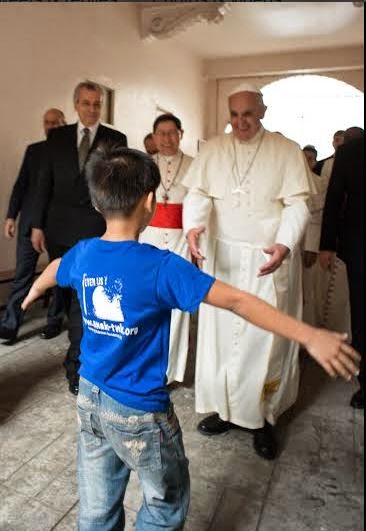 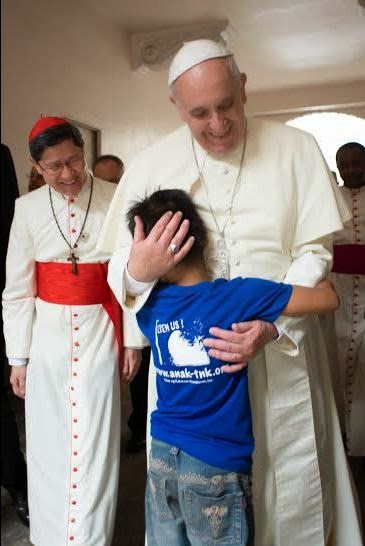 Whatever else, the enthusiasm and energy of the Filipinos is inspiring!