A really shocking story broke late last night which presents further evidence that there is a real attempt underway at the Vatican to manipulate the Synod process.

broke the story that a Vatican department allegedly intercepted over a hundred copies of a new book written by five cardinals in order to prevent it being read by the majority of participants of the synod last October called by Pope Francis.

The book called Remaining in the Truth of Christ, is a commercially successful reaffirmation of Catholic teaching on marriage and the family. It was mailed to all the synod fathers in the Paul VI Hall, where the meeting was taking place.

Pentin reports that reliable and high level sources allege the head of secretariat of the synod of bishops, Cardinal Lorenzo Baldisseri, ordered they be intercepted because they would “interfere with the synod.”

A source told me that Baldisseri was “furious” the book had been mailed to the participants and ordered staff at the Vatican post office to ensure they did not reach the Paul VI Hall. Those responsible for mailing the books meticulously tried to avoid interception, ensuring the copies were sent through the proper channels within the Italian and Vatican postal systems. The synod secretariat nevertheless claims they were mailed “irregularly,” without going through the Vatican post office, and so had a right to intercept them.
The book’s mailers strongly refute this, saying they were legitimately mailed. Some copies were successfully delivered.
The book, whose contributors included Cardinal Raymond Burke, then-head of the Vatican’s highest court, the Vatican’s doctrinal chief Cardinal Gerhard Müller, and church historian Cardinal Walter Brandmüller, aimed to counter arguments put forward by German Cardinal Walter Kasper who had proposed a way to admit holy Communion to divorced and civilly remarried Catholics.

Kath.net reports that around 200 copies of the book were mailed, but only a few apparently made it into the hands of the proper recipients, a report that has also been confirmed by Fr. Joseph Fessio, SJ, of Ignatius Press.

Catholic World Report states five important implications of this story:
Three months ago, Fr. Federico Lombardi, the Vatican spokesman, said he knew nothing about allegations regarding the stolen/intercepted/confiscated books, and dismissed the sources for the allegations as not being “serious and objective." Pentin, a veteran and respected Vatican reporter who recorded a controversial interview with Kasper during the Synod, concludes his report by stating that since December, "the allegations have become more widely known and have been corroborated at the highest levels of the church."

What to make of this? First, as Fr. Z notes, these allegations involve a serious crime:

That’s called theft. That’s called illegal. They stole people’s mail. Please correct me if I am wrong, but isn’t that a crime in, I think, every country? The Vatican City State… that’s a country… isn’t it.

Secondly, it adds to the already much-debated and controversial nature of the Synod, which was marked by discord, accusations of manipulation, and a mid-Synod report that sparked anger and accusations that there was a concerted effort being made to push through statements that were pro-homosexual and contrary to established Church teaching. (See CWR's compilation of some four dozen articles, reports, and interviews about the Synod.)

Third, it raises serious questions about the motives and leadership of Cardinal Baldisseri, who has already gone on record with some contentious statements apparently aimed at those defending Church teaching on marriage, divorce, remarriage, and Communion. A month ago, he made the following remarks to Aleteia:

“Therefore, there’s no reason to be scandalized that there is a cardinal or a theologian saying something that’s different than the so-called ‘common doctrine.’ This doesn’t imply a going against. It means reflecting. Because dogma has its own evolution; that is a development, not a change.”

The cardinal added that it is “right that there is a reaction” and that “this is exactly what we want today. We want to discuss things, but not in order to call things into doubt, but rather to view it in a new context, and with a new awareness. Otherwise, what’s theology doing but repeating what was said in the last century, or 20 centuries ago?”

He further stated that "discussions are welcome," although one has to wonder how such a welcoming approach can be squared with the decision to intercept and perhaps destroy copies of a book that is a part of that those discussions.

Fourth, it raises questions about the transparency and openness that supposedly marks the current pontificate. If these allegations are true, will they be properly addressed? If not, it may well raise further questions about the reforms that Francis is pursuing in the Curia. Put simply, are these the sort of actions that a pope wishes to be taking place, especially after having renounced "the sickness of rivalry and vainglory" during his Christmas address to the Curia?

Finally, what does this indicate about the motives and judgment of those who are apparently intent on not only shutting down real discussion and open debate—at both last year's Synod and the approaching Synod of Bishops—but who will engage in such heavy-handed tactics in order to get their way? Remaining in the Truth of Christ is both a work of scholarship and of pastoral engagement; it is not an angry, polemical screed or the result of a bullying strategy. It takes seriously Pope Francis' call for open discussion, a call that some, apparently, at least in this instance, seem uninterested in following.

The fears about the manipulation of the Synod have abounded since the beginning when, according to a report by Marco Tosatti in La Stampa (and translated on Fr. Z's Blog), Cardinal Baldisseri who is General Secretary of the Synod, announced that the reports of the small working groups would not be made available to the public.

Tosatti reported that this announcement was met with opposition from Cardinal George Pell, the Vatican's Prefect of the Secretariat for the Economy, and then "an avalanche from many others along the same line, underscored by thunderous applause."

Robert Royal, editor-in-chief of The Catholic Thing, writes that Cardinal Pell "slammed his hand on the table and said, 'You must stop manipulating this Synod.'"

Can Fr Lombardi still claim that "he knows nothing" after this? It is difficult to see how either he, Fr. Rosica or Cardinal Baldisseri (who allegedly ordered the theft and is 75 in September) can possibly keep their positions for the Synod this autumn. If they do try to tough it out, they will regret it, they will be reduced to joke figures lacking any credibility.
Interestingly today, Camille Paglia writing in America Magazine sums up succinctly what is at stake. She is an American cultural critic who serves as the University Professor of Humanities and Media Studies at the University of the Arts in Philadelphia, where she has taught since 1984.


I am somewhat baffled by the cat-and-mouse game that Francis seems to be playing with the media. Is he or is he not signaling his support of revolutionary reforms in Catholic doctrine?—particularly as it applies to sexuality. As a veteran of the 1960s, I of course strongly support the sexual revolution. But as a student of comparative religion, I have to say that when the Catholic Church trims its doctrine for politically correct convenience, it will no longer be Catholic.

An interesting perspective on Francis from a liberal feminist! Actually we are all baffled, and concerned, because Pope Francis says he is against the kind of politicking, back-room dealing and confusion that seem to be fast becoming the hallmark of his papacy. Is this the curial reform we were promised? 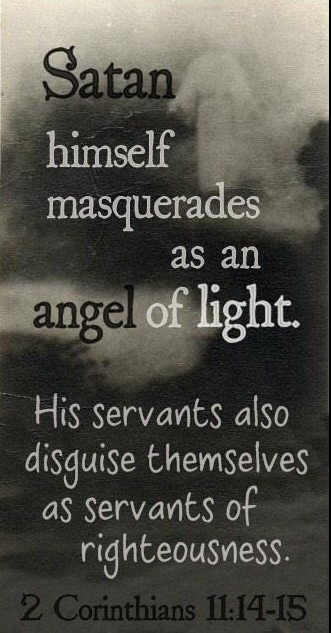