Fr. Thomas Rosica, CEO of Sue & Litigate Salt & Light TV and English Speaking Assistant to Fr. Lombardi at the Vatican states baldly in his speech as part of Assumption University's Christian Culture Lecture Series, that doctrine changes (as reported earlier; full transcript here). This flies in the face of basic theology, for the Catholic faith is a revealed faith grounded in a deposit given to us by Jesus and the Apostles. This is what we mean when we say it is "Apostolic".

Doctrine cannot change. The fundamental Doctrine of God have not. They CAN NOT. These are the blueprints of what it means to be human. We mess with this, we become sub-human. The Decalogue was a start, then Jesus came to fulfill that Law - which is not one of petty legalistic 'small-minded rules' - but the means of enlarging our hearts to be made 'capax dei'.

The well-known pseudonymous commentator Augustine has contacted me with the following comments:


Compare & contrast Fr Rosica's statements with some "other clergymen's" views 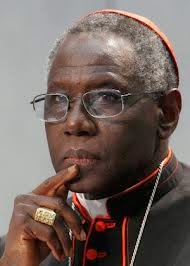 Rorate Caeli translate this as follows:


"The idea that would consist in placing the Magisterium in a nice box by detaching it from pastoral practice -- which could evolve according to the circumstances, fads, and passions -- is a form of heresy, a dangerous schizophrenic pathology. I affirm solemnly that the Church of Africa will firmly oppose every rebellion against the teaching of Christ and the Magisterium." 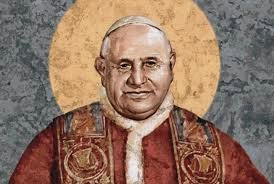 
"The greatest concern of the ecumenical council is this: that the sacred deposit of Christian doctrine should be guarded and taught more efficaciously. That doctrine embraces the whole of man, composed as he is of body and soul. And, since he is a pilgrim on this earth, it commands him to tend always toward heaven.

This demonstrates how our mortal life is to be ordered in such a way as to fulfill our duties as citizens of earth and of heaven and thus to attain the aim of life as established by God. That is, all men, whether taken singly or as united in society, today have the duty of tending ceaselessly during their lifetime toward the attainment of heavenly things and to use only for this purpose the earthly goods, the employment of which must not prejudice their eternal happiness......

In order, however, that this doctrine may influence the numerous fields of human activity, with reference to individuals, to families and to social life, it is necessary first of all that the Church should never depart from the sacred patrimony of truth received from the Fathers."

"The divine Redeemer wanted his Church to be equipped with this infallibility in the defininition of doctrine on faith and morals.
It  commensurate with the deposit of divine Revelation, which is to be sacredly guarded and faithfully expounded.
In virtue of his office, the Roman Pontiff, head of the college of bishops, enjoys this infallibility when, as supreme pastor and teacher of all the faithful--who confirms his brethren in the faith (cf. Lk. 22:32)--he proclaims in an absolute decision a doctrine pertaining to faith or morals.[42]
For that reason his definitions are rightly said to be not reformable by their very nature and not by reason of the assent of the Church, is as much as they were made with the assistance of the Holy Spirit promised to him in the person of blessed Peter himself; and as a consequence they are in no way in need of the approval of others, and do not admit of appeal to any other tribunal." 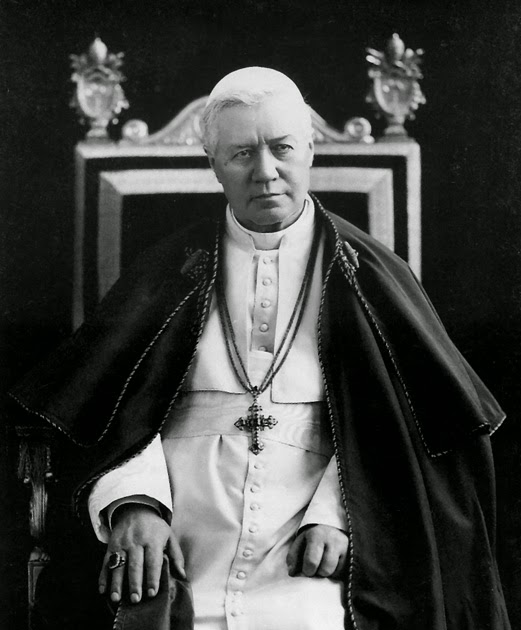 
"Our Apostolic Mandate requires from Us that We watch over the purity of the Faith and the integrity of Catholic discipline. It requires from Us that We protect the faithful from evil and error; especially so when evil and error are presented in dynamic language which, concealing vague notions and ambiguous expressions with emotional and high-sounding words, is likely to set ablaze the hearts of men in pursuit of ideals which, whilst attractive, are nonetheless nefarious. Such were not so long ago the doctrines of the so-called philosophers of the 18th century, the doctrines of the Revolution and Liberalism which have been so often condemned" 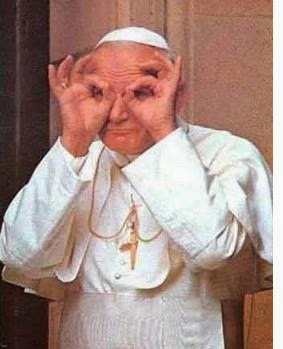