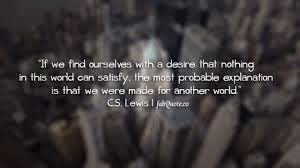 Just a few thoughts on this. I am no fan of Stephen Fry although I recognise he is incredibly popular, and considered to be extremely intelligent and witty. If you haven't seen the context you can watch it here:


The internet has been alive with this and the first good response I read was from Fr. Ed Tomlinson, who wrote this charitable and reasonable response, aimed directly at Fry. Fr. Ed articulates my immediate thought on the matter, which was why rail against something that doesn't exist?

Counter-Cultural Father wrote what is perhaps a more satisfying response here, insofar as it is a little more critical of Fry's somewhat petulant approach to what is, after all, one of the oldest and most dealt with questions in theology.

I think it is clear from both these responses that this is not a new question, indeed it is perhaps the oldest question, addressed by the oldest book in the Hebrew Scriptures (Job). Indeed I have addressed it numerous times here on my blog, here for instance, and as a father who lost a daughter at just 7 years old, I think I have a special insight into this question.

I think there is a fundamental problem in the usual dichotomy of approaches I have seen with regard to Stephen Fry's comments which are perhaps best summed up by St. Thomas Aquinas when he said:

I say this because we live in this world with all the horrible realities Stephen Fry points out, including the realities within the Church created by sin, to which he often alludes, and yet for those of us who know and have a relationship with Christ, we live in that reality too. There is no atheistic option when you know someone is real to the extent where you speak to them every day. It is a reality, not a choice. To deny the existence of God would be tantamount to madness for me, because it would mean denying a reality I experience every day.

The French philosopher Paul Claudel is someone I often quote in regard to my own, extreme experience of suffering:


“Jesus did not come to explain away suffering, or to remove it. He came to fill it with His presence.”

That is something very real to me, and because of that reality, Stephen Fry looks silly, petty and petulant when he says things like this. One has to wonder why he is so angry? Atheism, especially this modern, passionate, angry expression of Atheism, ultimately cannot hold any answers for Stephen's questions. Is the very real venom evident in his outburst a result of personal pain? He certainly seems to have put himself on a collision course with fundamental moral theology.


"How dare you, how dare you create a world that has such misery that is not our fault. It is not right. It is utterly, utterly evil."


"In a universe of electrons and selfish genes, blind physical forces and genetic replication, some people are going to get hurt, other people are going to get lucky, and you won't find any rhyme or reason in it, nor any justice. The universe that we observe has precisely the properties we should expect if there is, at bottom, no design, no purpose, no evil, no good, nothing but pitiless indifference."

Here, Professor Dawkins, progenitor of New Atheism, articulates what happens if you remove the revealed God out of your world view. In a godless Universe we lose any concept of ultimate justice, good or evil. The Universe is ultimately impersonal and indifferent to any of these concerns. For Dawkins, atheism's answer to the problem of suffering is basically "Tough luck. Bad things happen. Deal with it." Why should anyone expect anything other than blind indifference from an impersonal, randomly generated universe? Contrast this with Fry's clear anger and moral outrage. This reaction hints at a simlar personal view to that expressed by CS Lewis during the Second World War.

In Mere Christianity, CS Lewis describes his own conversion from atheism to Christianity and it bears some uncanny similarities with Fry's outburst:


"My argument against God was that the universe seemed so cruel and unjust. But how had I got this idea of just and unjust? A man does not call a line crooked unless he has some idea of a straight line. What was I com­paring this universe with when I called it unjust? If the whole show was bad and senseless from A to Z, so to speak, why did I, who was supposed to be part of the show, find myself in such violent reaction against it? A man feels wet when he falls into water, because man is not a water animal: A fish would not feel wet.

Of course I could have given up my idea of justice by saying it was nothing but a private idea of my own. But if I did that, then my argument against God collapsed too—for the argument depended on saying that the world was really unjust, not simply that it did not happen to please my private fancies. Thus in the very act of trying to prove that God did not exist—in other words, that the whole of reality was senseless—I found I was forced to assume that one part of reality—namely my idea of justice—was full of sense. Consequently atheism turns out to be too simple."

CS Lewis eventually concluded that his outrage at the suffering in our world is clearly more intelligible from within the intellectual framework of Christianity as opposed to that of Atheism. The early line of argument, so eloquently put by Lewis, is so close to Fry's current position one has to wonder whether Fry might ultimately follow suit?