Take Me to Church... 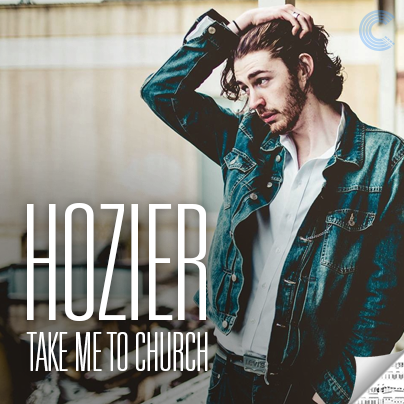 Hozier's hit Take me to Church has been an incredibly powerful break-through track for the young artist. Its poignant lyrics and a passionate, tuneful delivery make this song one of those rare modern hits that call out to me.

I found this video of Sergei Polunin, the bad-boy of ballet, performing powerfully and movingly to Take me to Church

This is from an interview Hozier did with NY Magazine about the meaning of the song:


"'Take Me to Church' is essentially about sex, but it's a tongue-in-cheek attack at organizations that would … well, it's about sex and it's about humanity, and obviously sex and humanity are incredibly tied. Sexuality, and sexual orientation — regardless of orientation — is just natural. An act of sex is one of the most human things. But an organization like the church, say, through its doctrine, would undermine humanity by successfully teaching shame about sexual orientation — that it is sinful, or that it offends God. The song is about asserting yourself and reclaiming your humanity through an act of love. Turning your back on the theoretical thing, something that's not tangible, and choosing to worship or love something that is tangible and real — something that can be experienced.

But it's not an attack on faith. Coming from Ireland, obviously, there's a bit of a cultural hangover from the influence of the church. You've got a lot of people walking around with a heavy weight in their hearts and a disappointment, and that shit carries from generation to generation. So the song is just about that — it's an assertion of self, reclaiming humanity back for something that is the most natural and worthwhile. Electing, in this case a female, to choose a love who is worth loving."

It strikes me people are either standing in humility, working to perfect their broken humanity, or otherwise trying to really hard to assert that the brokenness is somehow right, they are trying to justify it. Clearly Hozier is in the second camp, convinced by the simplistic vision of naturalism and expressing a desire to free humanity from the bonds of an oppressive theology which seeks to inflict self-loathing and enslave us to a false anthropology that demonises our natural, integral, sexual dimension.

The worst thing about this vision is that it is a real interpretation formed by living in a Catholic society- Ireland. The fact that this young man has concluded that the Church is so at odds with an authentic anthropology speaks to a huge failure of the Church, at least in Ireland. How apposite when we are being asked to reflect on the themes that relate to marriage and family life as we approach the Synod in October.

Certainly it speaks of a failure to communicate the truths of the faith. Fundamentally, Hozier's interpretation seems to be that the Catholic intellectual position seeks to 'undermine humanity' and teach 'shame about sexual orientation'.

Of course, Hozier makes no mention of responsibility, which we all recognise as an essential dimension of human sexuality. There are consequences of engaging in sexual activity, not just physical consequences in terms of potential pregnancy (the act itself is fundamentally ordered toward the creation of new life), STD's, etc, but also emotionally.

But the Thomistic roots of Catholic anthropology fundamentally affirm that being is gift; a like effect has a familial resemblance to its efficient cause, insofar as the cause acts upon and within the effect. The aim we seek to attain as human beings, what is truly desirable to us, is the good which is in God our efficient cause. We are made by and for God (CCC 27) and countless generations of human beings have reached out in search of that metaphysical reality we know exists in the divine despite our inability to discern it physically except by signs and symbols (sacraments).

In truth, the honesty Hozier seeks is only available to humanity through an acceptance of the reality of what it means to be human and life in time in an way which is connected to other people by responsibility. Indeed those who understand freedom as the radically arbitrary license to do just what they want and to have their own way are living in a lie, for by his very nature man is part of a shared existence and his freedom is a shared freedom. His very nature contains direction and norm, and becoming inwardly one with this direction and norm is what freedom is all about. A false autonomy thus leads to slavery and unhappiness. Hozier's song speaks of "love" as 'an assertion of self', but I would argue that in truth, true love can never be selfish, it must always in reality be an act of abdication of self to the other's (the beloved's) best interests.